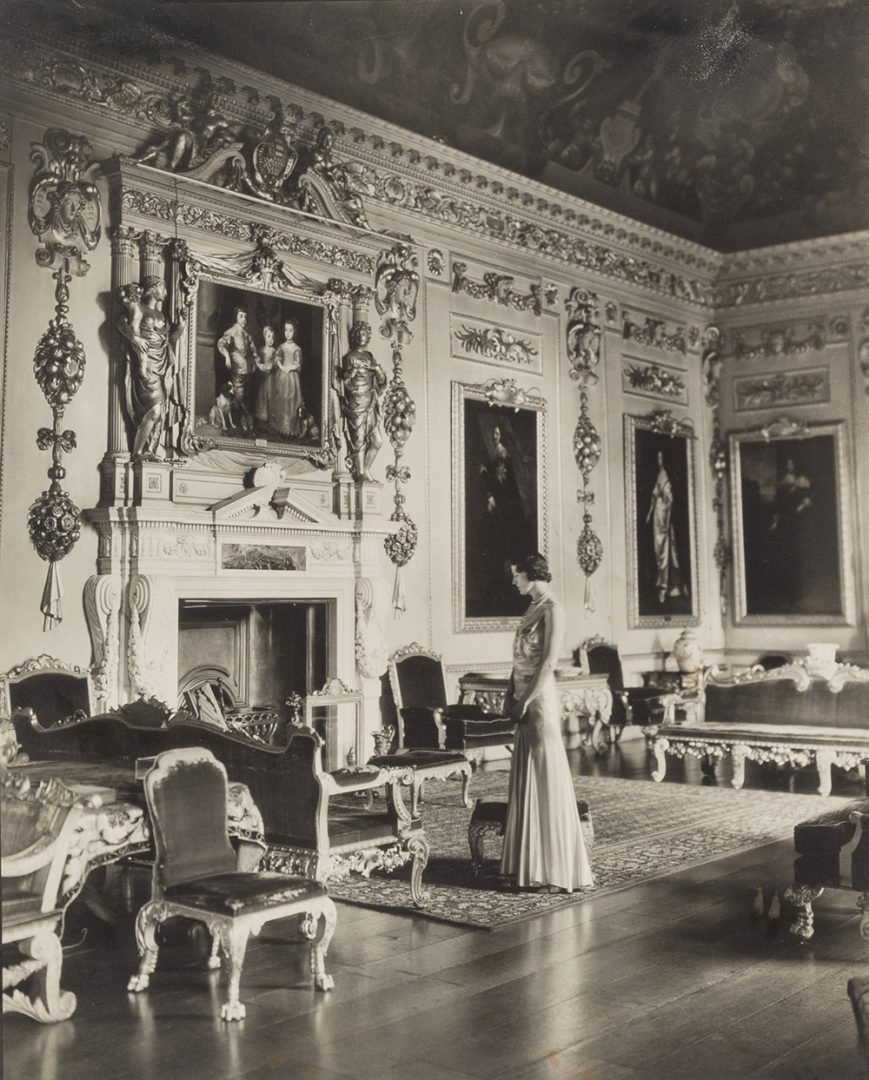 Lady Mary Dorothea Hope Herbert, Countess of Pembroke, is photographed here within her family’s stately home — the historical Wilton House in the English countryside, near Salisbury in Wiltshire.

Wilton House has been the country seat of the Earls of Pembroke since the 1540s, it is a place steeped in English culture and heritage, having been inextricably linked to the political and artistic circles of England. The 2nd Earl of Pembroke was a patron of William Shakespeare, and supposedly the first performances of Twelfth Night and As You Like It were staged at Wilton House.

Cecil Beaton was a close friend of Mary’s husband, Sidney Herbert — the 16th Earl of Pembroke, and regularly visited their country home, documenting the Earl and Countess as well as friends and visitors within their exquisite residence. The pair were known for throwing decadent parties that attracted the upper-class circles of the ‘Bright Young Things’.

In this particular photograph, Herbert stands in the ‘Double Cube Room’; so named for its vast size and cubic proportions. Her slight silhouette blends into the grandiose backdrop and she is dwarfed by the high ceilings. The room overwhelms with intricately ornate features, designed in a recognisably Baroque style by the renowned English architect Inigo Jones, in 1653.

Herbert is surrounded by gilt and red velvet furnishing that complement the vast collection of paintings that adorn the walls. Above the grand central fireplace; elaborate gold leaf carvings of foliage, fruit and Grecian figures frame The Children of Charles I, one of the several celebrated paintings by Van Dyck owned by the Earl and Countess. Other works in their collection included paintings by Lely, Rembrandt, Pieter Brueghel the Younger, and Gerrit van Honhorst amongst others. 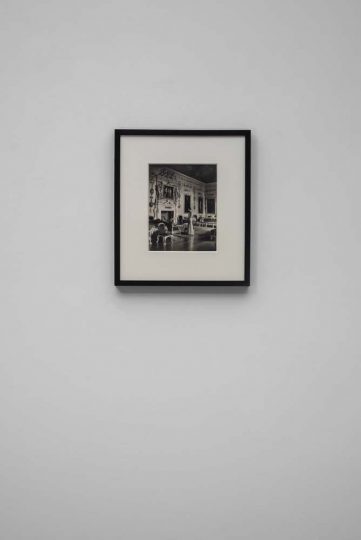 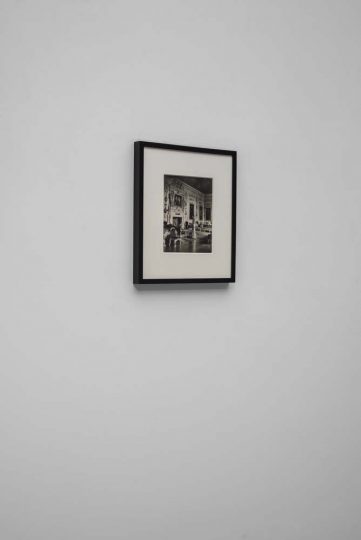 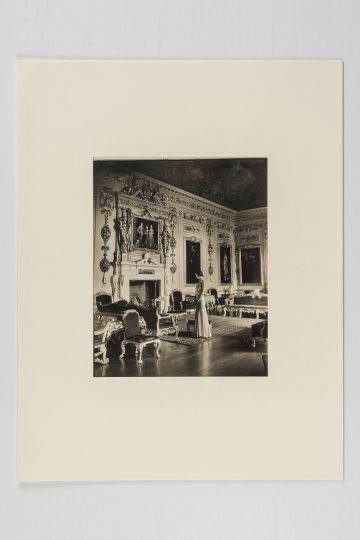 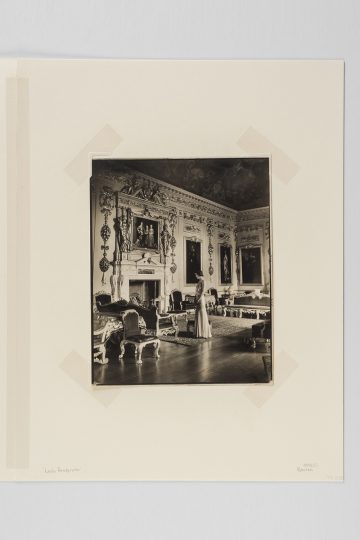