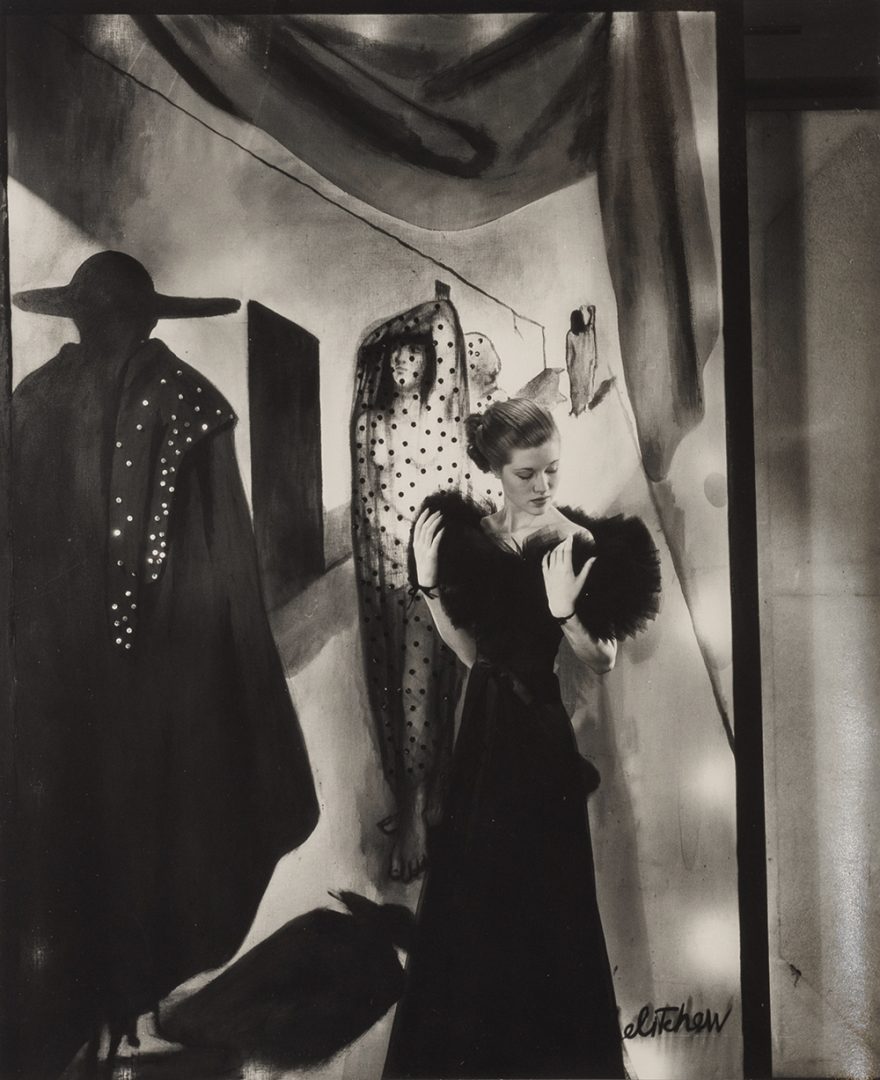 Mary Taylor was a particular favourite model of Cecil Beaton’s, who he photographed on numerous occasions. Born into a wealthy family in New York in 1915, her parents relented to her request to begin a career in modelling after she was diagnosed with cancer, believing she only had a brief time left to live. Taylor was described as having an innate instinct for fashion and style and became a popular model in the 1930s, posing for numerous Vogue photographers including Beaton and Edward Steichen.

In this photograph, Taylor appears indifferent to the strange scene that unfolds on the canvas behind her as she fixes the tulle embellishments on the neckline of her black gown. Beaton photographs the model in front of a painting by Russian avant-garde artist, Pavel Tchelitchew. Tchelitchew had fled Russia following the Bolshevik Revolution of 1917 and arrived in Paris in 1923, where he became acquainted with Gertrude Stein. Stein introduced him to the Sitwells, mutual acquaintances of Beaton.

Tchelitchew’s painting brims with art historical motifs. By the mid-1930s, the artist had embraced the Surrealist movement, evident in this painting. The drapery suspended in the top of the image obscures perspective and the architecture of plain lines and thick shadow is De Chirico-esque. The figures in the painting seem to reference more historical artistic motifs, the central veiled figure is reminiscent of Francisco de Goya’s Maya; the robed figure in the background is depicted with the solidity and precision of classical sculpture; and the shadowy figure in the painting’s foreground, rendered less potent by the polka-dot pattern that lines their shoulder, is reminiscent of figures in early Renaissance painting. Beaton skilfully manipulates his backdrop, blending Taylor’s dress with the murky shadows of the bottom of the painting whilst also presenting Taylor as detached from the narrative. Caught in her own pre-occupation, Taylor is depicted as a pale sylph-like figure, emphasising the delicate fabric and form of the dress she models.

Her cancer diagnosis proved of little obstacle to Taylor, who became one of the decade’s highest paid models. She used the money to pay for acting classes and was given her first leading role in the film Soak the Rich in 1936. Following this success, she moved to Hollywood and signed a contract with the studio MGM. Along with her husband, Sam Zimbalist, Taylor was an active figure in the fight against the McCarthy-era blacklisting of the industry.

Taylor’s activism continued in the 1960s; she marched on Selma, Alabama alongside Martin Luther King Jr in 1965 and was a vocal advocate for the civil rights movement. Taylor maintained her philanthropic enterprises until her death, aged 93 in 2008. 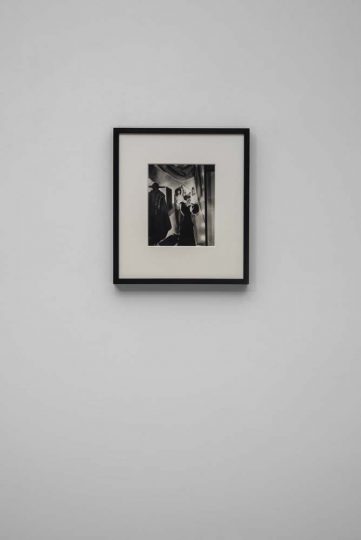 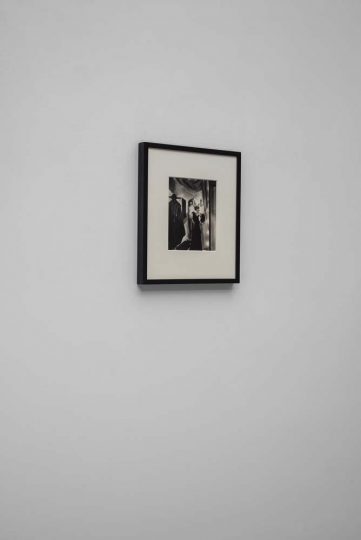 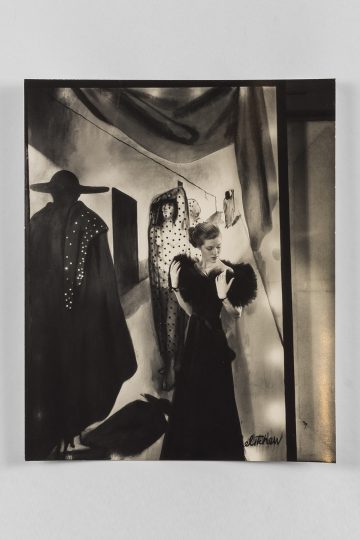 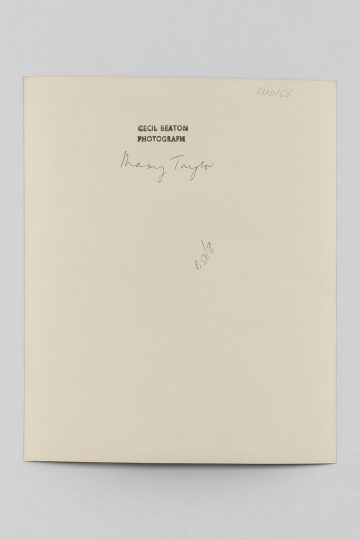