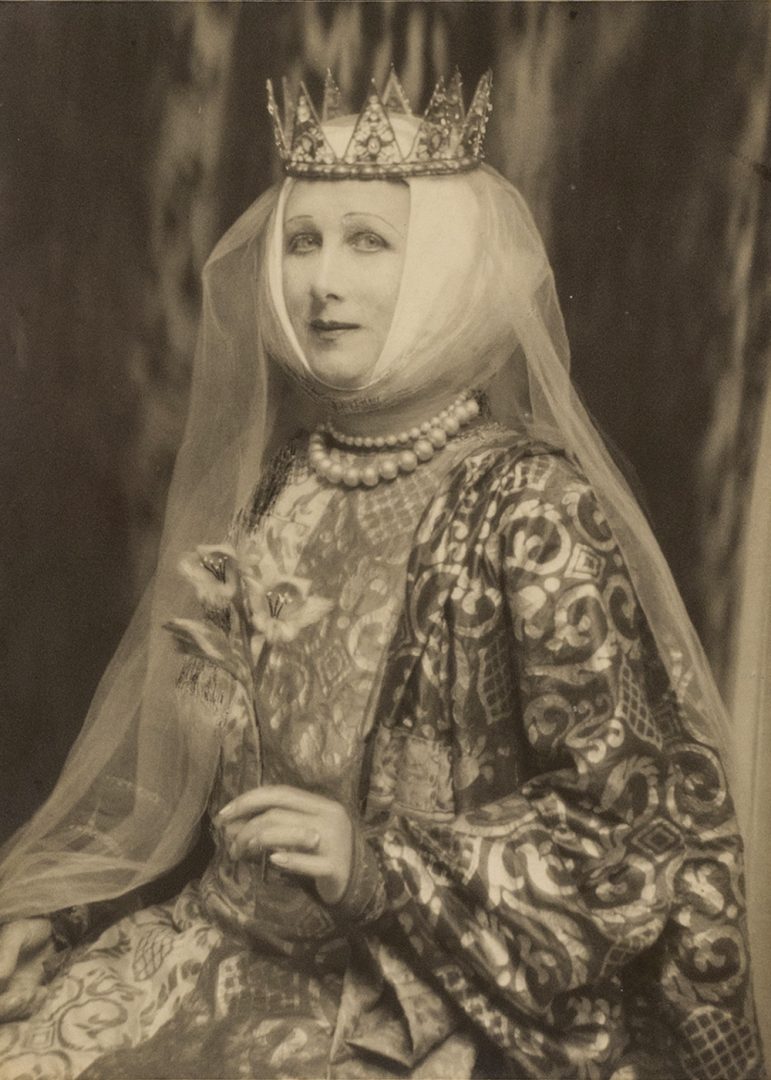 Cecil Beaton’s earliest sitters were those most close to hand, his mother and two younger sisters, Nancy and Baba. This early portrait depicts Beaton’s mother, Esther Beaton, known as Etty.

Born in Cumberland in 1872 as Esther Sisson, Etty married Ernest Beaton in 1903. Although the family were comfortable, from an early age their eldest son was dissatisfied with what he perceived as an ordinary life and longed to escape. His early portraits reveal the glamour and exoticism he craved.

The family home in Hampstead became Beaton’s photographic studio and the stage setting for his earliest photographic creations. Props and costumes were often handmade, crafted from whatever Beaton found to hand. Along with Nancy and Baba, Etty often sat for her son, who later stated: ‘my mother strongly objected in the middle of a busy morning, to being made to put on a full evening dress… I marvel at my persistence and at the patience of my family.’

Taken in 1925, this portrait is a great example of Beaton’s early experiments with performance and identity, and depicts Etty Beaton dressed in ornate medieval costume. The blurred and abstracted background effect was achieved by Nancy and Baba moving a rug during the five-second exposure. Beaton has his mother delicately clasp a lily between her fingers, referencing mediaeval iconography that was deeply associated with purity and chastity. 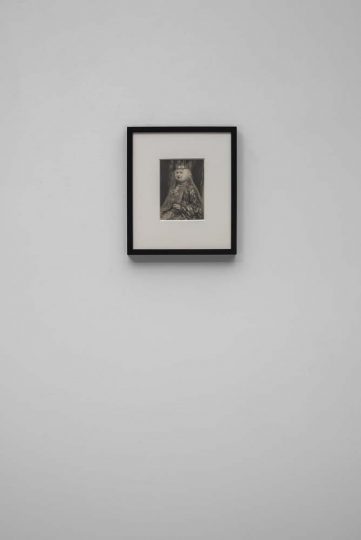 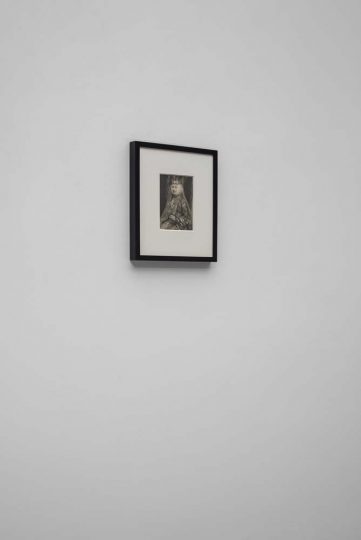 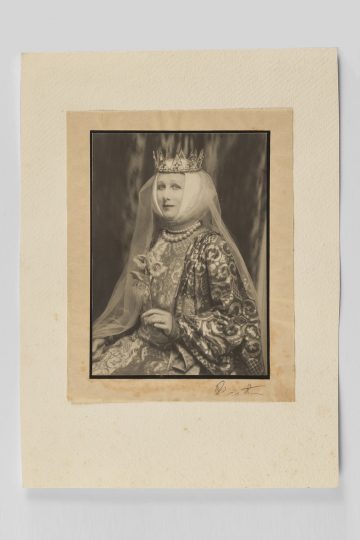