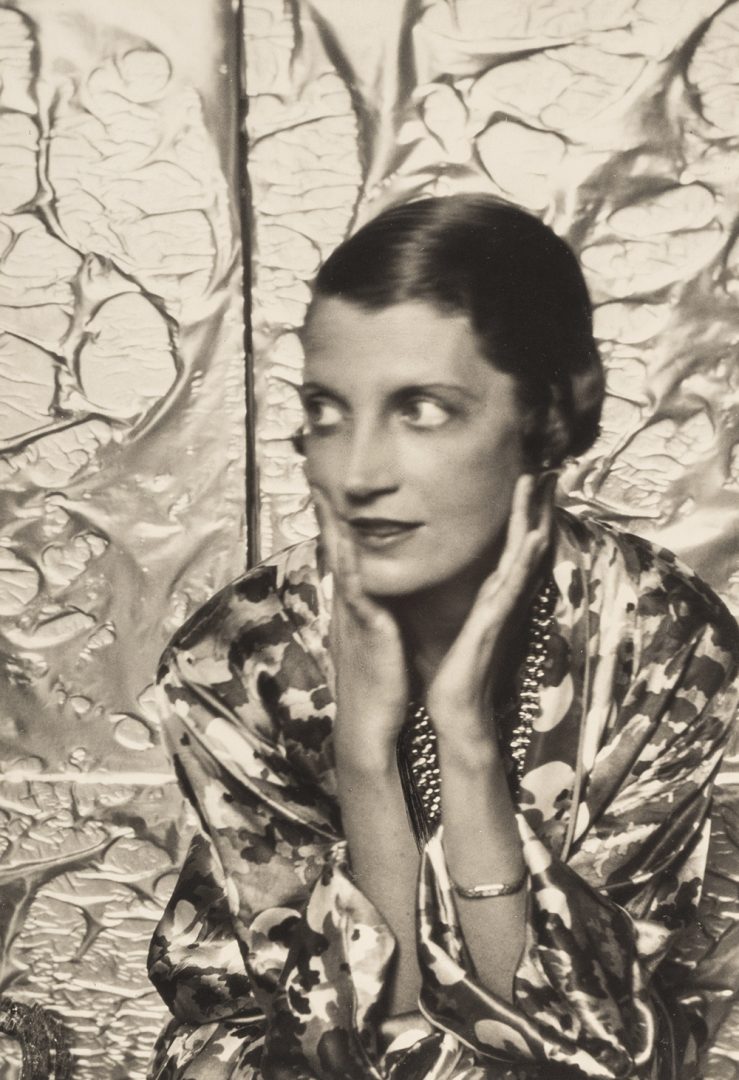 Daisy Fellowes, born Marguerite Séverine Philippine Decazes de Glücksberg in Paris in 1890, was the heiress to the Singer sewing machine company and the Paris editor of American Harper’s Bazaar. She married her second husband, Reginald Fellowes, in 1919, who was the cousin of Winston Churchill. The couple were central figures of London society at the time, often hosting legendary parties, at which Beaton was a frequent guest.

Beaton photographed and socialised with Fellowes often, and this early portrait is typical of his portraits of the ‘Bright Young Things’ and British high society. In the present portrait, Beaton photographs Fellowes against a backdrop of metallic foil, which replicates the patterns and folds of Fellowes’s robe. Beaton creates a luminescent composition which brings his sitter into the foreground. Fellowes’s pose is contrived, as she places her hands delicately framing her face, she ignores the camera, her head turned to the side.

Fellowes was an important patron to the arts, with portraits of her made by numerous important artists of the time including John Singer Sargent, Horst P Horst and George Honingen-Huene. Much admired for her style, Fellowes was most associated with the Italian designer Elsa Schiaparelli, one of the most important and avant-garde couturiers of the era. Influenced by the Surrealist movement, Schiaparelli created a number of daring designs. One of the most celebrated examples is the hat, topped with a stiletto shoe, that she designed for Fellowes. Fellowes was also the inspiration for Schiaparelli’s creation of the colour ‘shocking pink’ which became a signature of the designer and a colour that Fellowes frequently accessorised in. 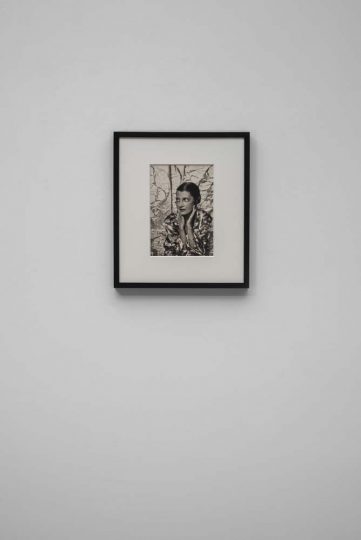 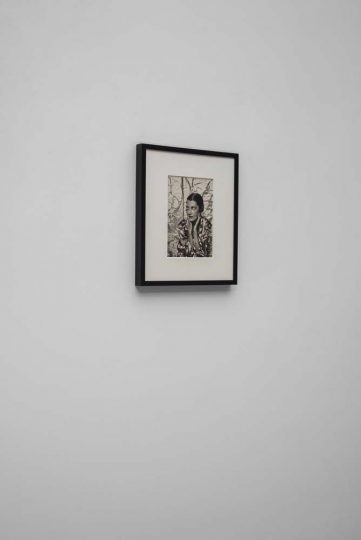 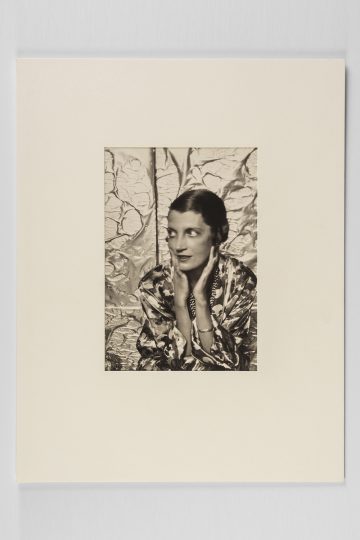 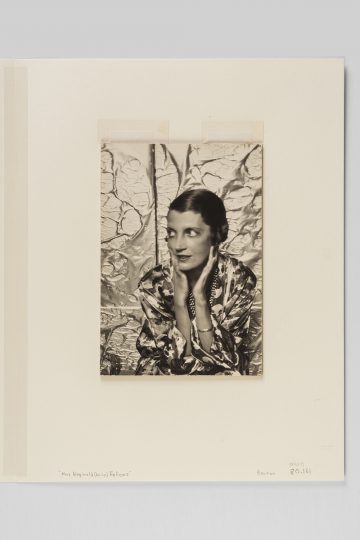