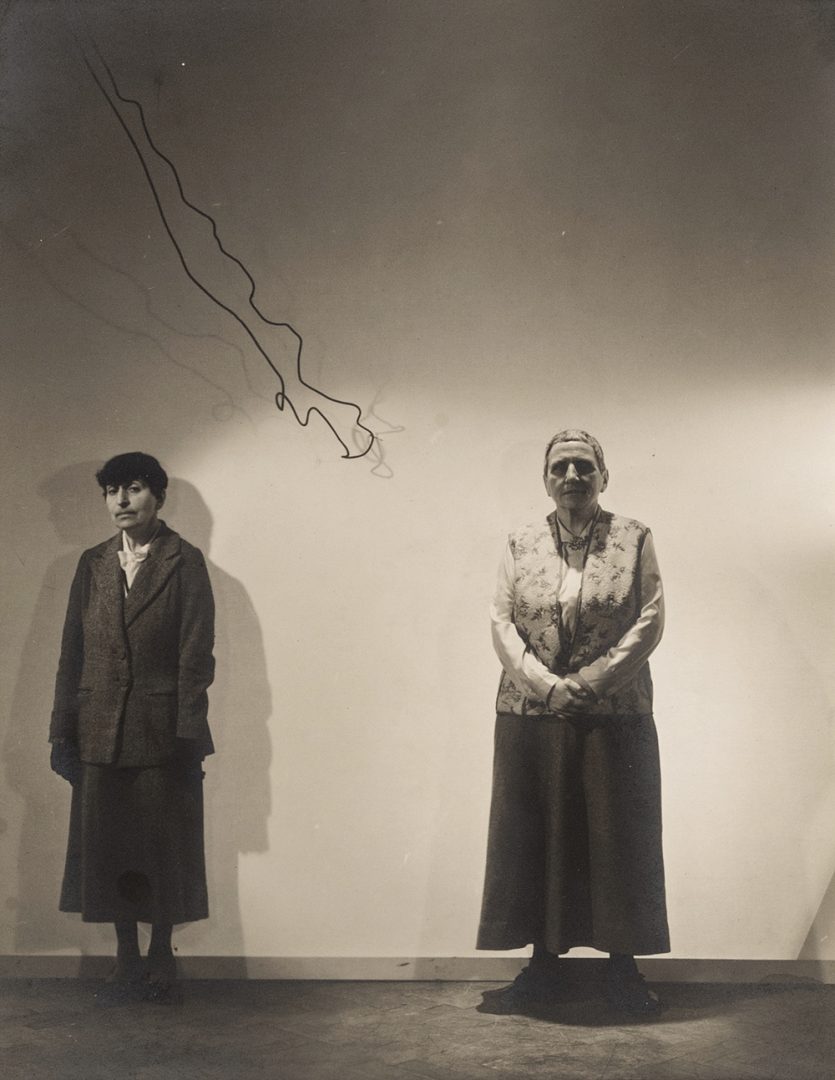 Alice B. Toklas And Gertrude Stein, 1936

Alice B. Toklas and Gertrude Stein were an American Jewish couple, who both individually gained renown for their contributions to literary modernism. Having met in Paris in 1907, they became prolific members of the Parisian avant-garde, rubbing shoulders with Pablo Picasso, Henri Matisse, and Georges Braque. They were known to host informal salons, where writers, artists, and renowned cultural figures gathered to eat, drink, and discuss ideas. The two remained a couple until Stein’s death in 1946.

In this photograph – one of a series of equally, strange compositions – Toklas and Stein stand apart from one another, curiously lit. While Stein’s stance is confident, meeting Beaton’s lens, Toklas’s is reticent, angled minutely away from the viewer’s gaze. In between the two, a mysterious, coiled sculpture emerges from the top left of the frame. Far from a prop in an absurdist play, however, this object is actually an electrical wire, whose twists served to remind the couple of a hanging mobile gifted to them by Picasso, and included in the portrait accordingly.

Beaton’s experiments with positioning – Toklas, off-centre, and Stein, forcefully centred – gain symbolic significance in the context of their relationship, and thoughtfully meditates on the spheres of influence each woman had on one another. Toklas was understood to exist in Stein’s shadow somewhat. In his memoir of the couple, W.G. Rogers writes that Toklas was ‘a little stooped, somewhat retiring and self-effacing… someone invited to the wedding but not to the wedding feast’.

Stein wrote The Autobiography of Alice B. Toklas in 1932. While the book masquerades as Toklas’s autobiography, more accurately, Stein used Toklas as a vessel through which to write her own memoirs. Regardless, The Autobiography is testament to the intimacy of Stein and Toklas’s relationship. A variation of this photograph, where Stein is positioned closer to the camera, is used for the Penguin Modern Classics cover illustration. While Stein is widely known for her uniquely nonsensical prose, The Autobiography remains both Stein’s most accessible and most successful book.

Beaton remembers this shoot in his Photobiography, 1951:

‘I had been extremely impressed by the warmth and simplicity of this American couple, who showed such a passionate interest in everything that was going on around them. But it was when they came to London…that I first photographed them and, as a result of one long morning spent together in the studio, became a devoted admirer and deeply grateful friend of both Alice and Gertrude, who were like newly found fairy godmothers and gave me so much sympathetic encouragement.

‘They were quite a startling-looking couple; Gertrude with her closely cropped iron-grey hair, in her flowered waistcoat and tweed skirt, Alice in a large black felt hat and grey flannel suit. In whatever juxtaposition I took them, the effect was incongruous and strange; yet so great was the integrity of their characters that they could not possibly be made to look ridiculous. About Gertrude there was always something monumental. Her magnanimity shone through her trusting brown eyes, so that she was the best sitter any photographer could ever hope to have.’ 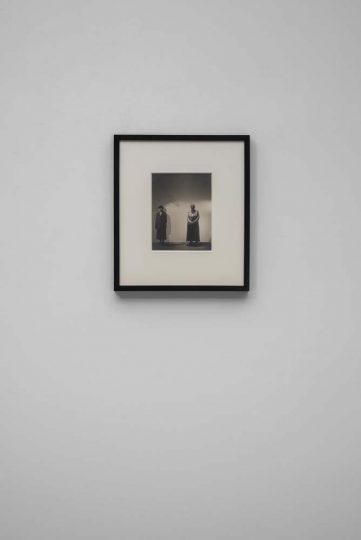 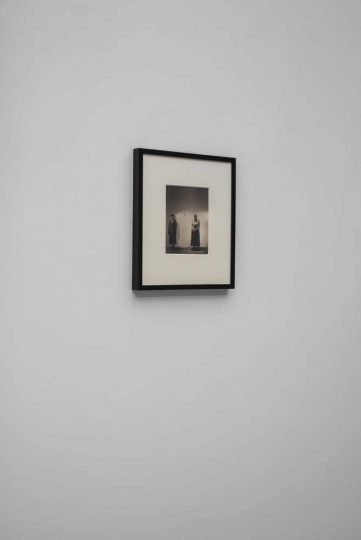 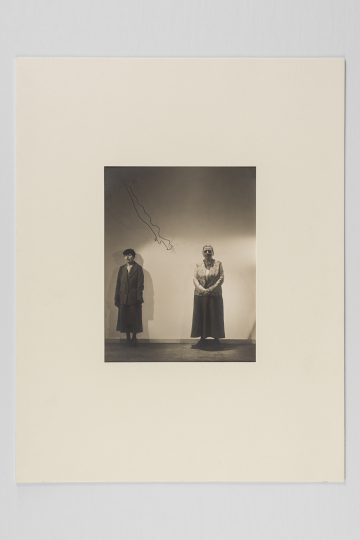 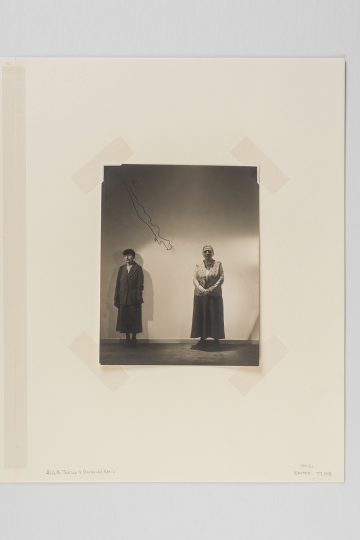