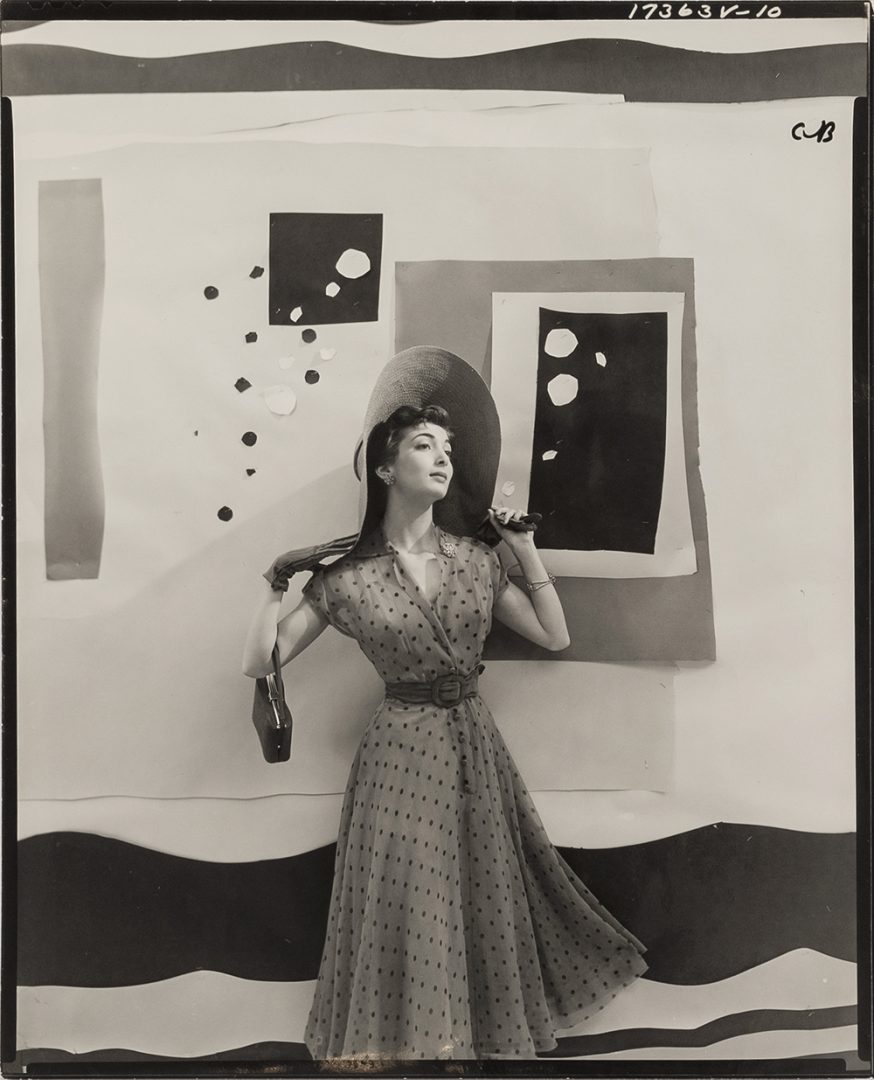 As Henri Matisse grew older, and ill health prevented him from painting, he developed the radical technique of the cut-out. This new medium saw him create some of his most famous pieces, such as The Snail (1953), which now hangs in the Tate Modern.

Matisse’s cut-outs have been an enduring aesthetic touchstone for artists and photographers over the years. Cecil Beaton was no exception. For his 1949 Vogue cover, Beaton commissioned a Matisse inspired set design, coinciding with the Museum of Modern Art’s show, Henri Matisse: The Cutouts, which opened in October of the same year.

The shoot saw Carmen Dell’Orefice and Jean Patchett pose with a series of cutout backdrops. In this photograph, Dell’Orefice poses in a wide brim hat and a flared skirt, framed by the geometric cut-outs on either side of her. Her movements are more dynamic and carefree than other photographs from this series. The circular cutouts behind her seem to emanate directly from her frame, and reflect the polkadots of her dress. 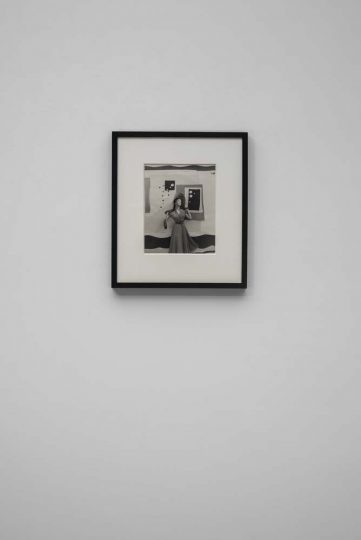 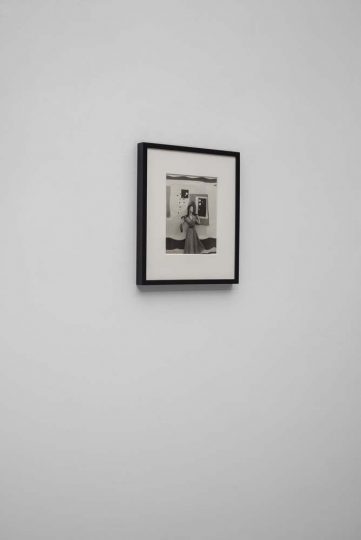 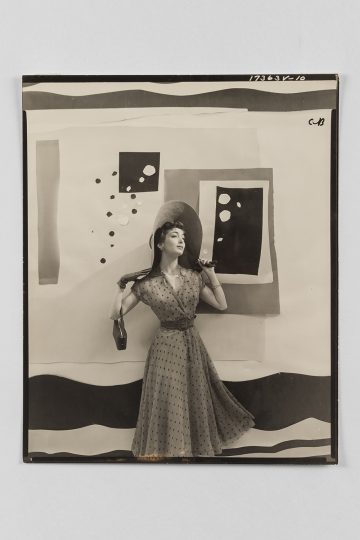 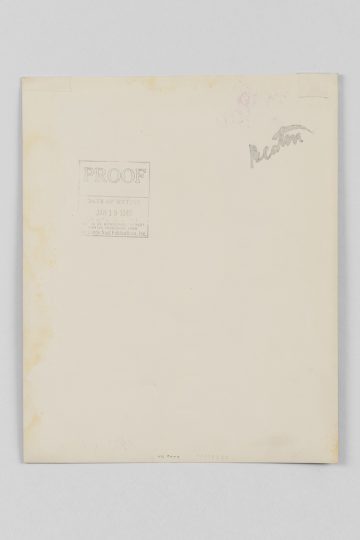