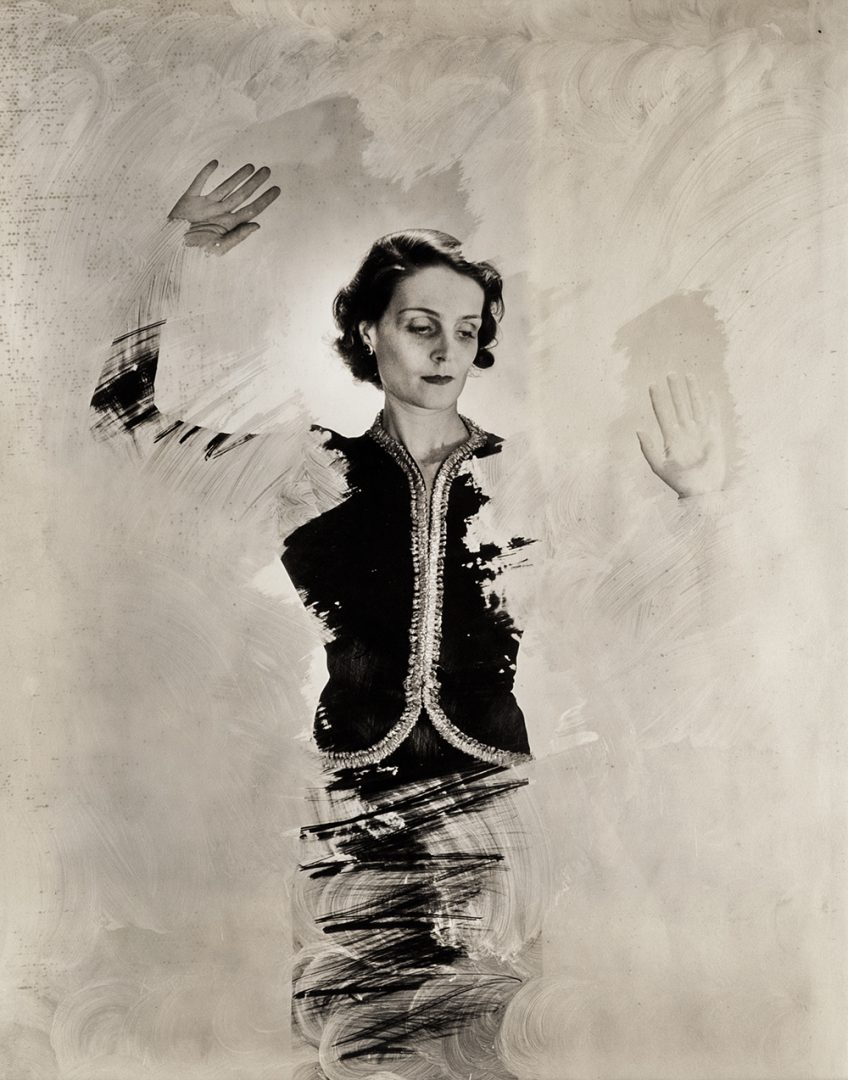 Little is known about Beaton’s sitter Cora Caetani. She was born in Florence in 1896 and married Michelangelo Caetani, from an historic aristocratic Italian family. Renowned for her elegance and style she was the director of the Jansen design boutique in Paris and collaborated with the celebrated designer Elsa Schiaparelli. Supposedly she was the basis for the heroine in Pierre Drieu la Rochelle’s semi-autobiographical short story L’intermede Romain. The story follows a man in pursuit of the woman he loves through Florence.

In this image, Beaton obscures much of the original photograph under a hastily, but deftly, applied white marker. It is only Caetani’s head, hands and part of her torso that remain visible. Beaton would frequently edit his portraits, wanting to flatter his subjects in order to ingratiate himself within their glamorous circles. With this photograph, however, Beaton is more experimental in his edit, dismembering his subject to create floating forms. It is unclear the purpose of Beaton’s work, but it lends the photograph a Surrealist edge. Well acquainted with the Surrealist movement, Beaton employs its use of playful perspectives, flattening the portrait with a white washed background, Caetani is reduced to a series of two-dimensional forms. Her left hand appears almost translucent, reduced to a ghostly trace on the paper. Beaton used similar techniques of experimentation on other prints from this period which may have been employed to re-print portraits and figures without their background. 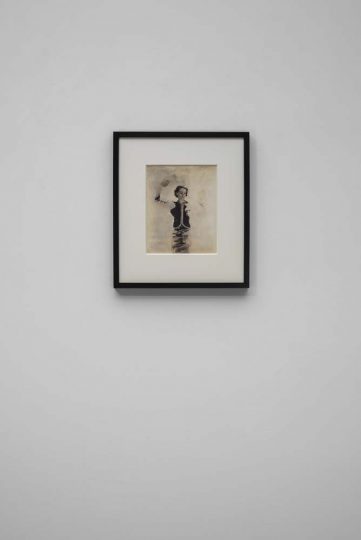 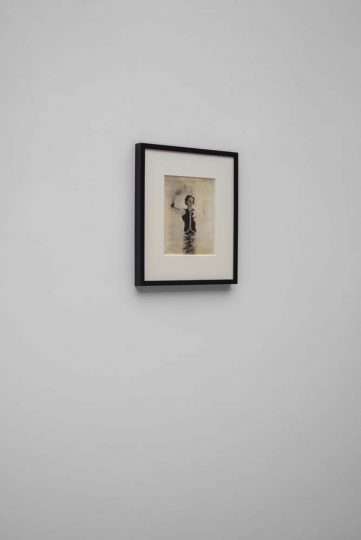 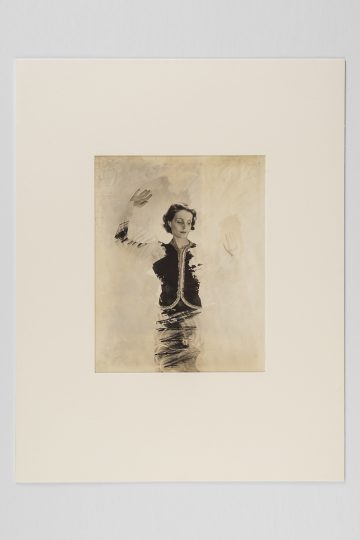 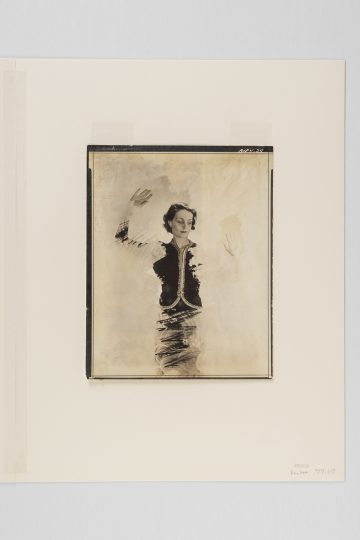