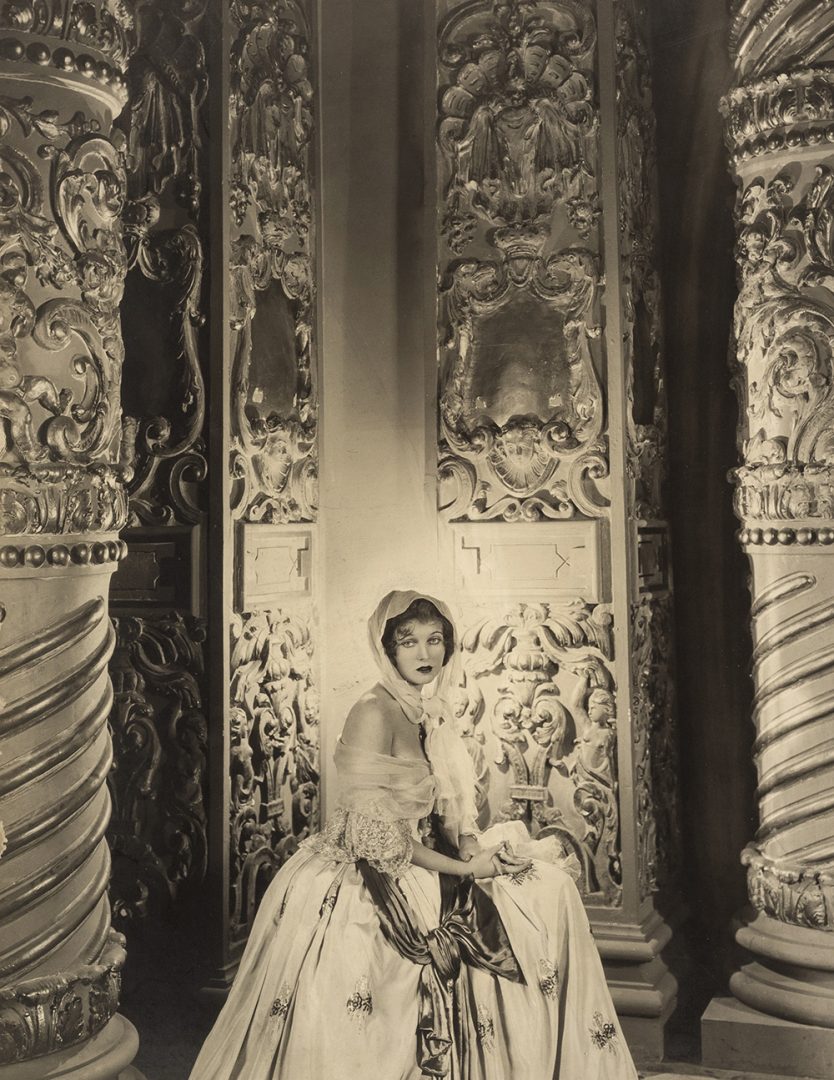 Corinne Griffith (neé Griffin) was born in Waco, Texas in 1894. Her career as an actress began in 1916 when she was twenty-two. After winning a beauty contest in Southern California, she signed an acting contract with the production company Vitagraph Studios and went on to become one of Hollywood’s most treasured American actresses of the silent film era. At the first ever Oscars ceremony in 1929, Corinne was nominated for the Academy Award for Best Actress after receiving critical recognition for her performance in The Divine Lady (1929).

This photograph taken by Cecil Beaton, a year on, in 1930, was taken to accompany an article in the May issue of Screenland magazine titled Fantastic Hollywood: Cecil Beaton’s Impressions of Screen City. Aged twenty-four, Beaton travelled to Hollywood to illustrate Anita Loos’ new book about the film industry and remained to make a remarkable series of portraits that captured the romance and glamour of Hollywood’s screen stars. Beaton stated in 1930, that ‘going to Hollywood is like reading ‘Alice in Wonderland’ for the first time. It is one of the most glorious experiences in life. But it is an experience that can come only once. Fantastic, mad, crazy, incredibly faulty in good taste — as this city is — nevertheless, I loved Hollywood!’

In this portrait, Griffith is seated amongst four highly ornate columns that tower over her, dominating the frame. She turns her head to look directly at the camera, her eyes locked in a distant gaze. Her hair is covered by a chiffon headscarf that frames her doll-like features, painted in theatrical make-up. She wears a flowing layered silk gown, adorned with intricate floral embroidery and accented with an oversized bow. 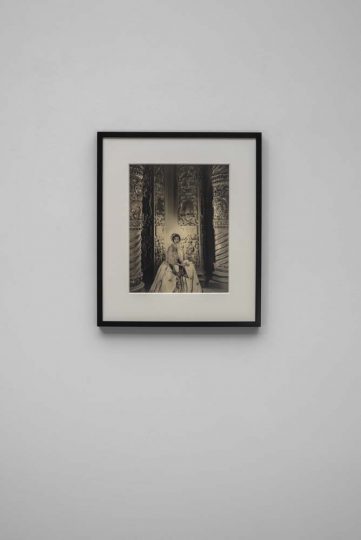 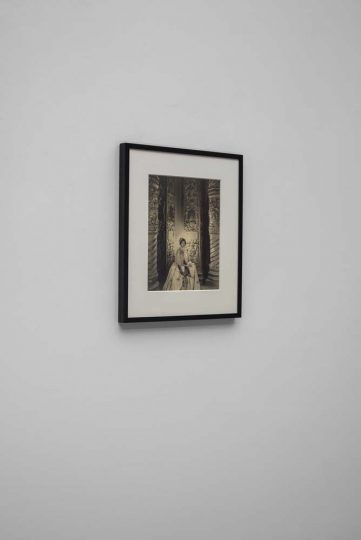 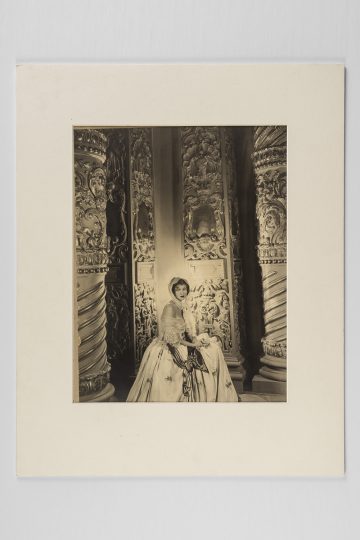