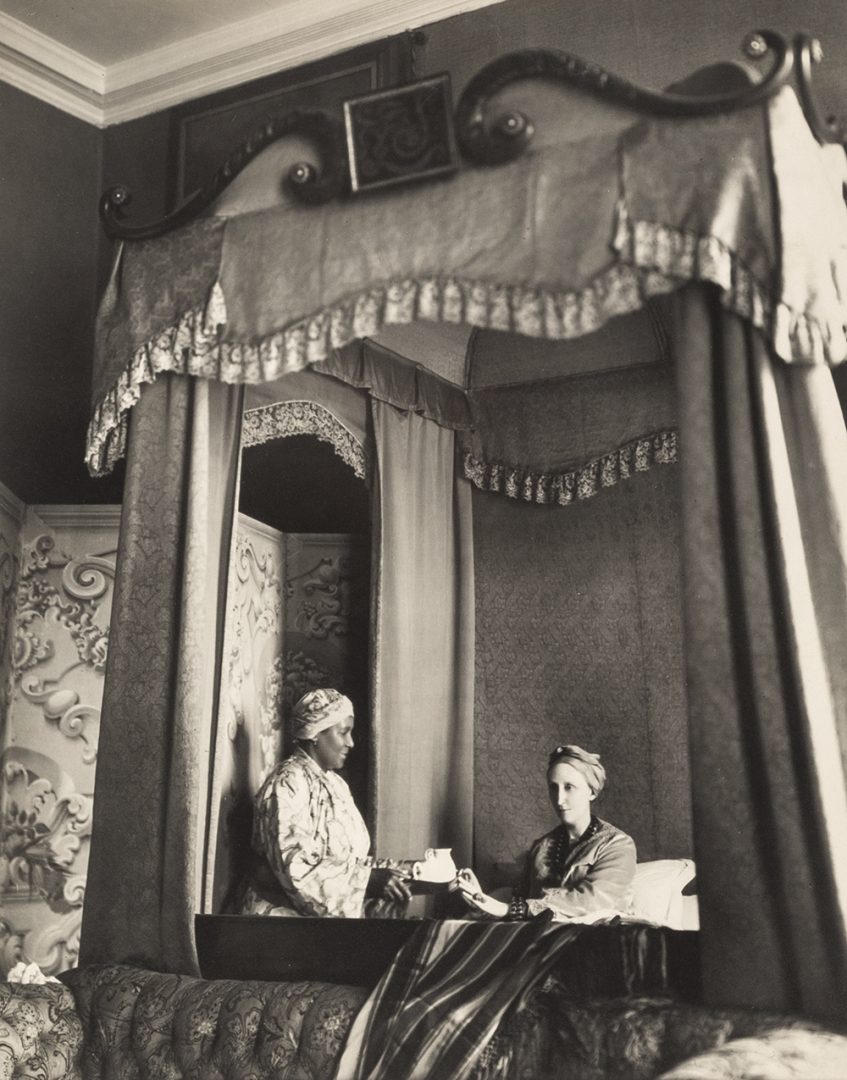 Between Edith Sitwell and Cecil Beaton there was a shared love of spectacle and theatricality. This photograph is no exception. Taken in 1930 in the Sitwell ancestral manor, Renishaw Hall, Sitwell sits, erect, in bed, receiving breakfast tea from her nephew’s nanny, Mary Cole.

Sitwell was considered to be among Beaton’s most prolific, and most eager, sitters. In 1930, at the annual summer house party at Renishaw, Beaton made a series of photographs of Sitwell. This photograph, one of the series, is heavily conceited, and militantly orchestrated by Beaton to achieve the perfect shot. There is an uneasiness to the composition, which emanates from the awkward angle from which Beaton photographs. The palatial bed dwarfs both figures, making the photograph elongated and surreal.

Most of Beaton and Sitwell’s collaborations emanate from a shared desire to stage a known tableau. This portrait, while perhaps initially understood as simply a voyeuristic insight to Sitwell’s daily routine, was in fact made in homage to the painter Johan Zoffany.

Beaton told John Pearson: ‘I was terribly impressed by Edith almost from the start. I loved her and thought her really beautiful. I wasn’t interested in poetry, and hardly knew what to do with her poems which she used to insist on writing out for me. I found her sympathetic, sweet, loveable.’ 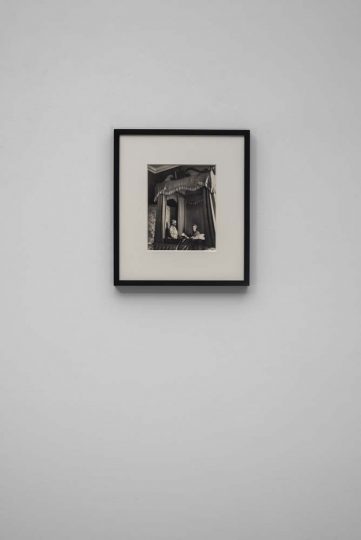 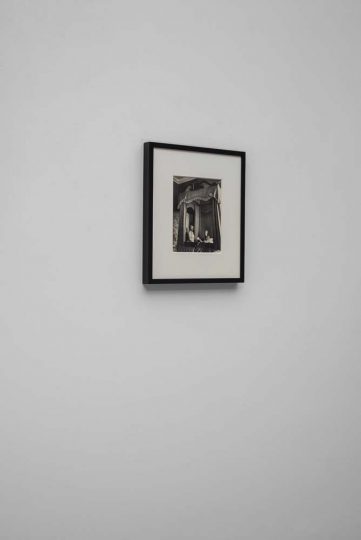 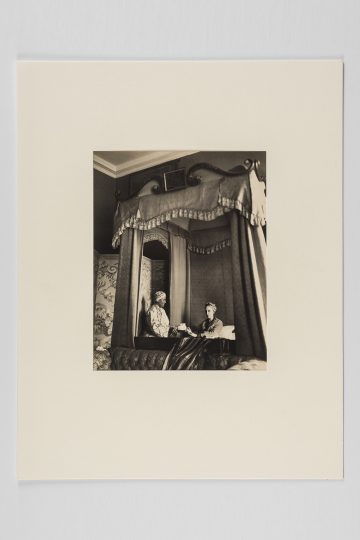 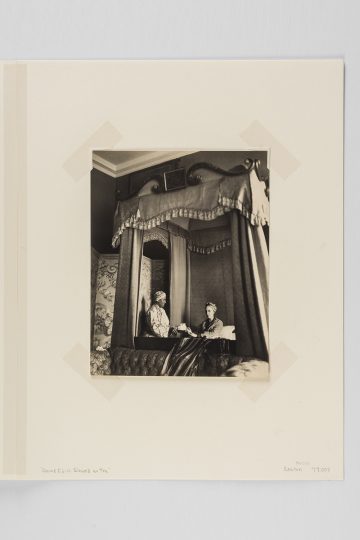