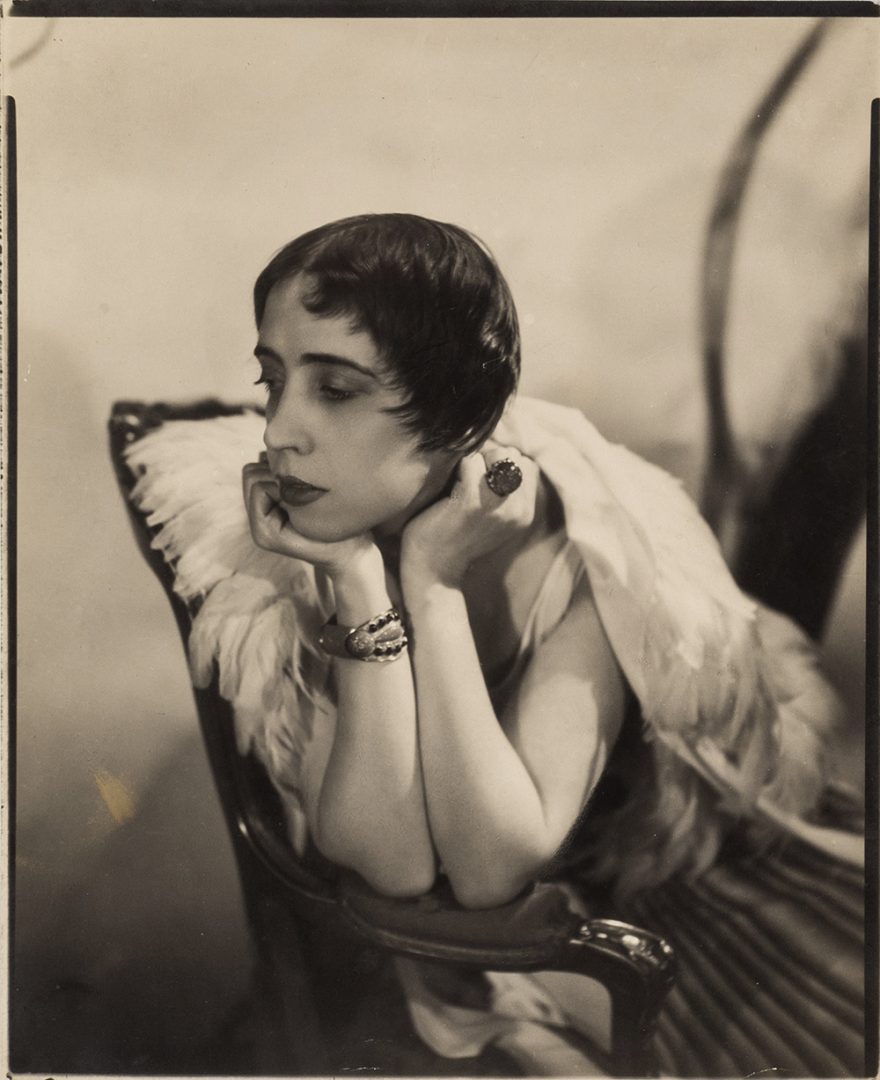 Photographed by Beaton in 1936, Elsa Schiaparelli was at the height of her career as a fashion designer, renowned for the inventiveness and playfulness of her designs. Beaton was well acquainted with Schiaparelli, having photographed her couture for Vogue and as a friend of the designer’s most important patron, Daisy Fellowes. Pictured in a moment of introspection, Schiaparelli wears an elaborate feathered cape and bold costume jewellery, which were a signature of her couture house.

Schiaparelli was born into a wealthy Italian family in 1890. Independent and headstrong, she rebelled against the rigidity of the Swiss boarding school she was sent to and fled to London to avoid the affections of the Russian aristocrat her parents wished her to marry. In London she met her husband, Wilhelm Frederick Wendt de Kerlor, a showman and crook. The pair moved to New York where they became acquainted with several theatrical and cultural figures. The marriage did not last long, De Kerlor left Schiaparelli only two months after she gave birth to their daughter.

In 1922, Schiaparelli moved to Paris where she began experimenting with making her own clothes. Through her acquaintance with Gabrielle Buffet-Picabia, the wife of the celebrated Surrealist, Schiaparelli entered into Paris’s fashionable and artistic circles. In 1927, she launched her first designs, a jumper with a trompe l’oeil design which was featured in Vogue. She expanded her line to include skiwear, bathing suits and linen dresses, adding eveningwear to her repertoire in 1931.

Having no formal training in dressmaking, Schiaparelli experimented with her designs by draping the fabrics directly onto the model and developing a masterful manipulation of material. She frequently collaborated with her artistic acquaintances and was particularly drawn to the aesthetics and creativity of the Surrealists. Indeed, her great rival, Coco Chanel, described her as ‘that Italian artist who makes clothes.’ Schiaparelli worked with Salvador Dalí on numerous occasions including the Lobster dress and Shoe hat. Her collaboration with Jean Cocteau, with whom she designed evening gowns and coats, are amongst her most celebrated creations.

Schiaparelli is credited with inventing the colour shocking pink, being the first designer to use camouflage pattern in casual dress and to integrate visible zips into her designs amongst several other achievements. Following the end of the Second World War, however, Schiaparelli was unable to find the same success that she had achieved in the inter-war period. Her style was out of touch with the ‘new look’ of designers such as Christian Dior and Cristobal Balenciaga and she closed her fashion house in 1954. 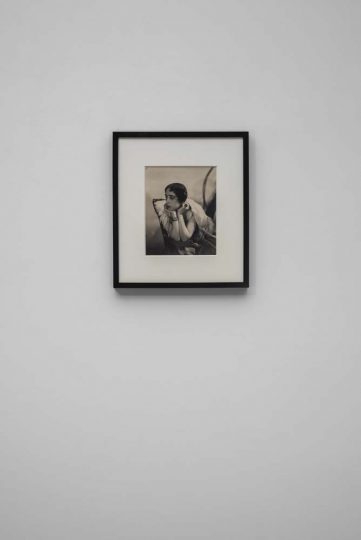 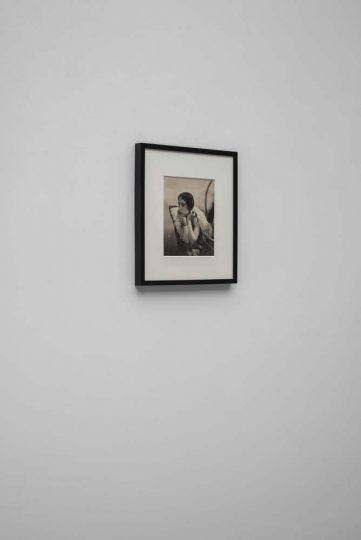 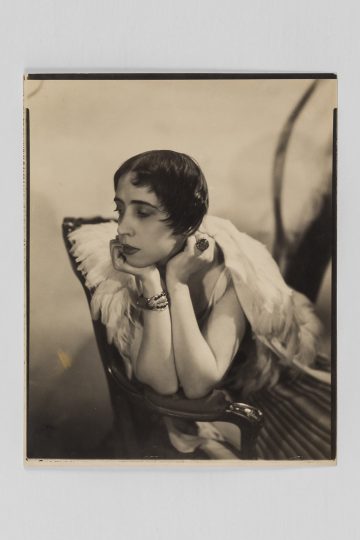 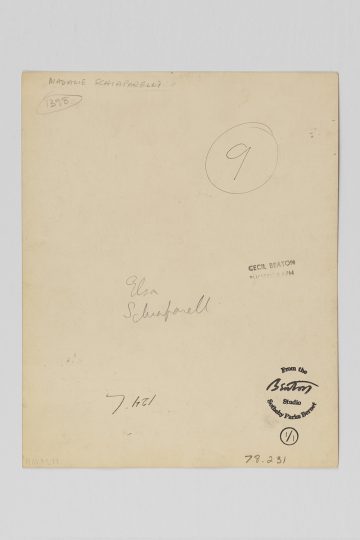