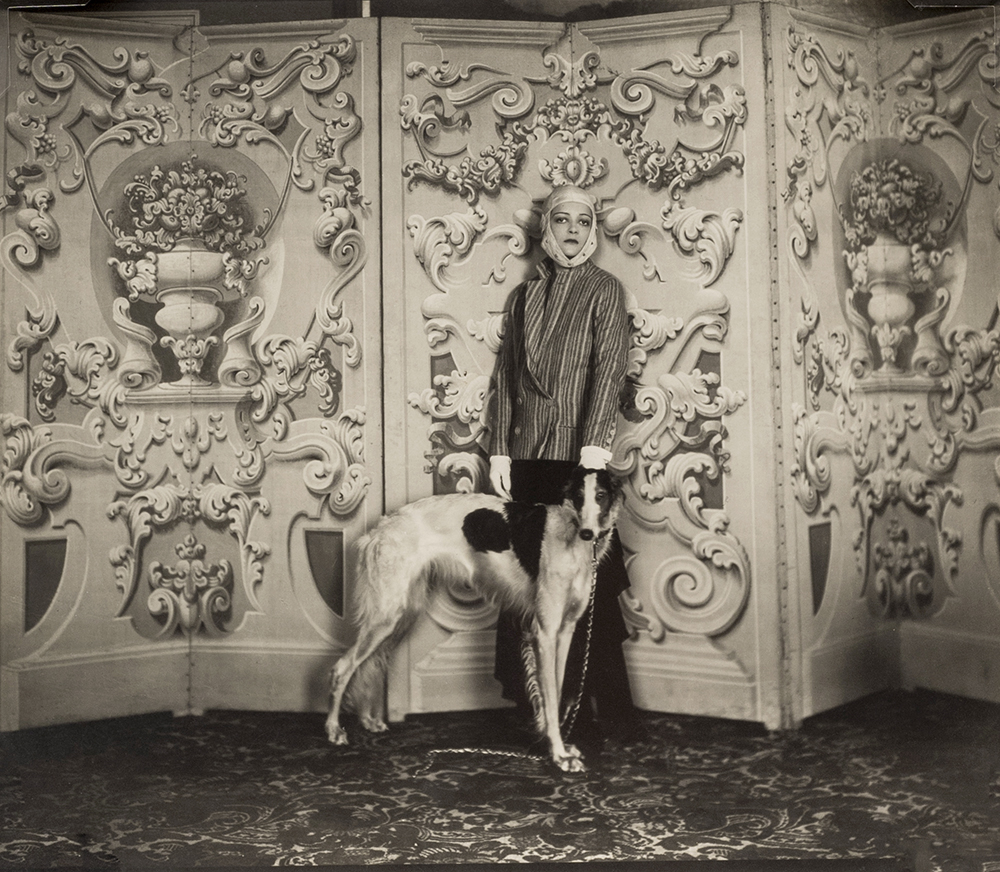 Beaton was well acquainted with the Sitwell family, frequently photographing Edith Sitwell throughout her life. Edith and her brothers Sacheverell and Osbert were important figures of London’s literary and social scenes. This portrait of Sacheverell’s wife, Georgia, was taken two years after they married.

Born in Canada in 1906 as Georgia Doble to a wealthy banking family, Doble left Canada for London, meeting her future husband at a party in London, aged 18. The pair married the following year, and quickly moved to Weston Hall in the Northamptonshire countryside. Sacheverell was not a sociable man, but Sitwell missed the excitement of London and its decadent parties. She did not easily align with the artistic eccentricities of her new family. Frequently attending parties in London without her husband, the couple both had several affairs during their marriage, though remained attached to each other.

In this portrait, Beaton photographs Sitwell with her Borzoi, Feo. She is unsmiling, looking directly at the camera lens with a hint of boredom. Her striped tailored jacket and fitted driving cap, which reflect contemporary fashionable styles, juxtapose with her ornate surroundings. Beaton places Sitwell carefully in the recess of the screen behind her, as the diagonal lines of the screen draw the viewers eyes to Beaton’s subject.

Beaton pictures Sitwell at the family home, Renishaw Hall, a grand Jacobean mansion set amongst the coal towns of Derbyshire, which was the setting for D H Lawrence’s Lady Chatterley’s Lover. Frequently described as a gloomy, dark place haunted by the ghosts of many, Beaton captures the oppressive atmosphere of the place in this portrait, with a closely cropped, densely patterned background. 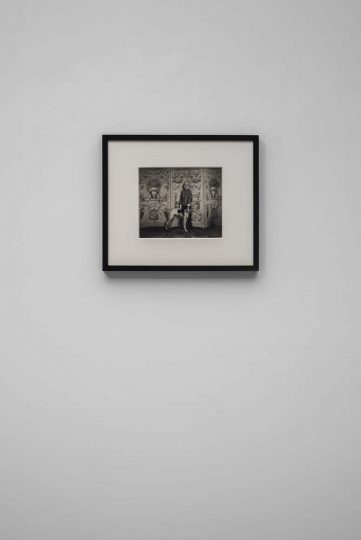 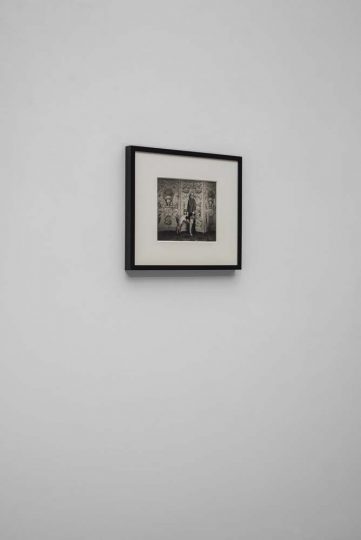 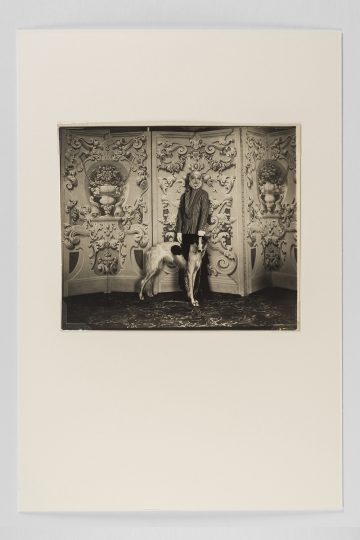