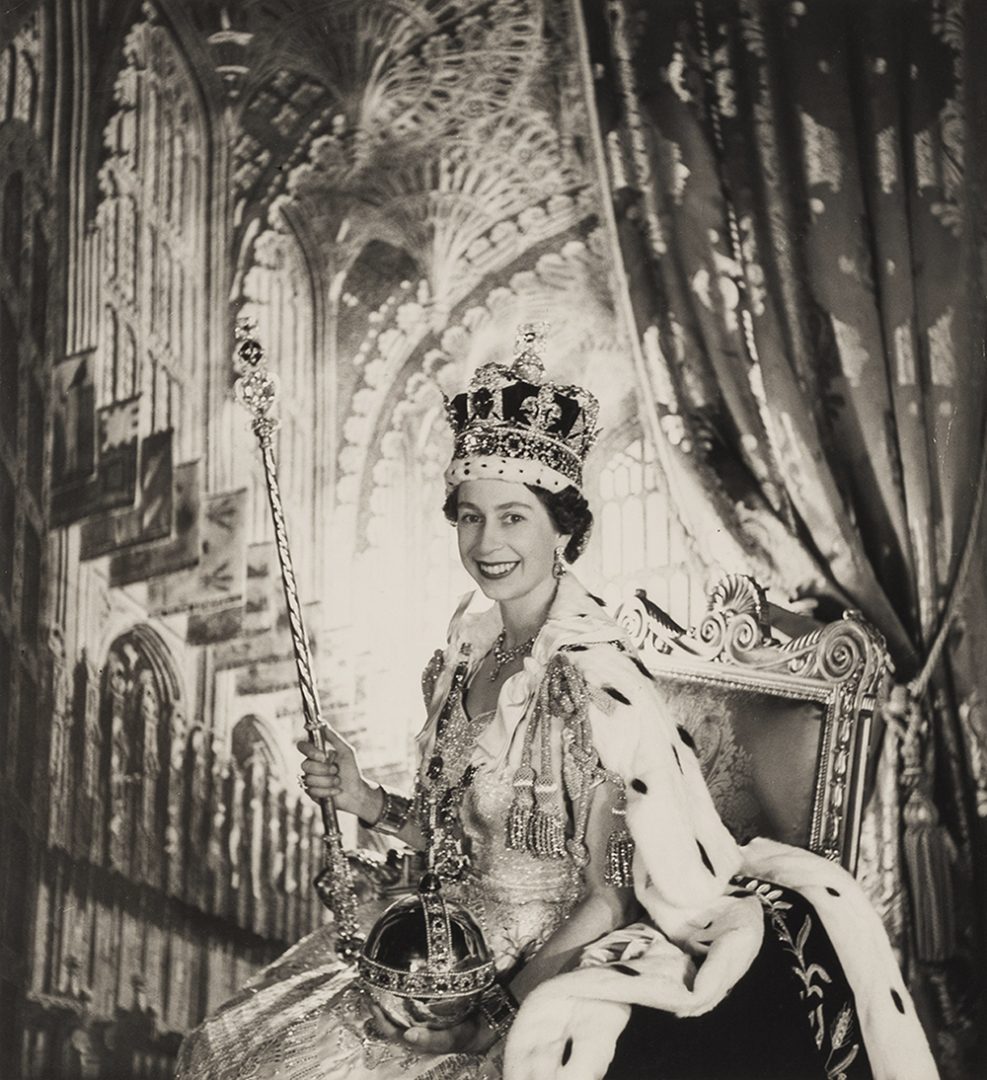 Her Majesty The Queen, Variation On The Official Coronation Portrait, 1953

‘The call from the Palace to say The Queen wanted me to do the Coronation photographs for posterity was such a relief as well as a joy and thrill.’ – Beaton, 1953.

Cecil Beaton was approached by the Royal Palace and commissioned to be an official photographer for the 1953 coronation by Queen Elizabeth which took place on 2nd June. The coronation was held at Westminster Abbey over a year after Elizabeth had ascended to the throne at just 26 years old.

This photograph was taken by Beaton inside Buckingham Palace after The Queen and other members of the Royal Family had returned from the Coronation service. Beaton rejected the traditional style of previous Coronation photography that favoured using the recognised architecture of Buckingham Palace, familial line ups and a profile pose of the sitter. Instead, Beaton opted for a softer portrait and more theatrical scene, against a painted backdrop of Henry VII’s Lady Chapel in Westminster Abbey. In the official coronation portrait, the young Queen looks towards the camera with a somewhat steely expression, although in this particular variation, she poses with a beaming smile across her face.

The Queen is shown holding the sceptre and orb, adorned with the Coronation ring, the Coronation necklace and the Imperial State Crown. She is wearing a velvet mantle edged with ermine fur and a white satin gown, designed by the esteemed British fashion designer Norman Hartnell, embroidered with the emblems of the United Kingdom and the Commonwealth. 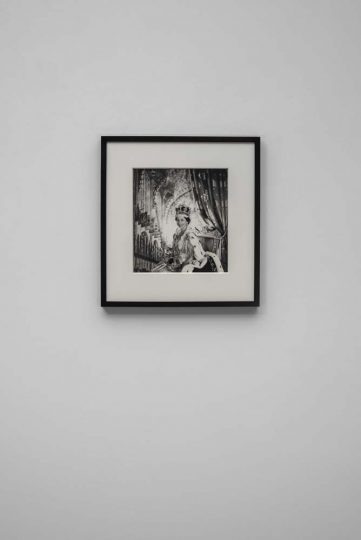 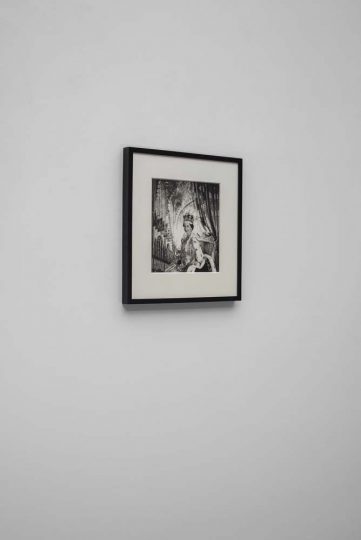 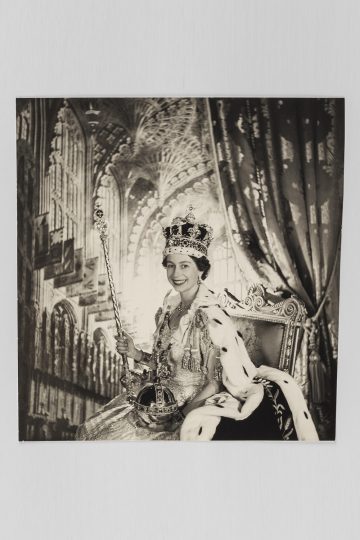