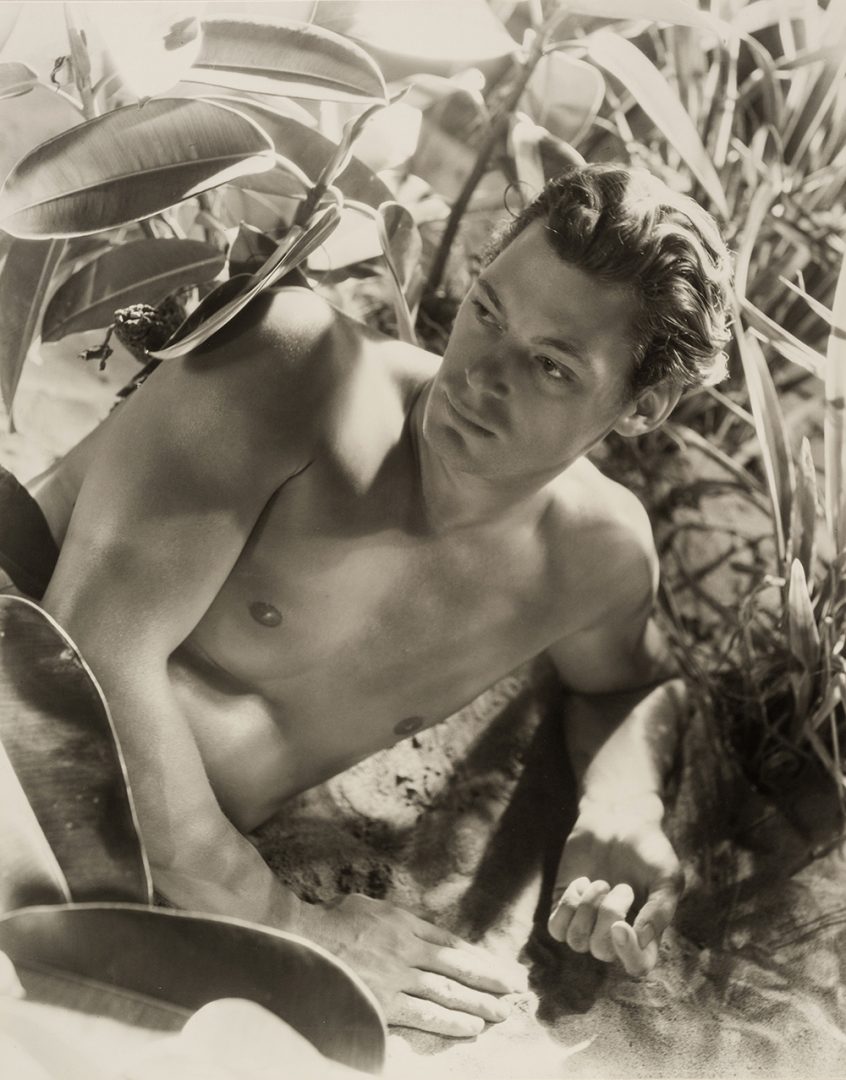 Johnny Weissmuller was both an Olympic athlete and actor. After winning five Olympic gold medals for swimming and one bronze medal for water polo, Weissmuller went on to play Tarzan in Edgar Rice Burrough’s Tarzan the Ape Man, a popular franchise screened through most of the 1930’s and 1940’s.

While many actors have tackled the role of Tarzan over the years, Weissmuller is by far the best known, featured in twelve Tarzan films. In particular, his distinctive yell – a bellowing yodel – has been copyrighted, and enjoys repeated use in other, unrelated feature films.

This photograph was taken by Beaton on one of his first visits to Hollywood. Here, Weismuller poses as Tarzan on set, looking seductively into the middle distance. The foliage blooming around the central subject alludes to themes of virility and fertility.

In early Medieval and Romanesque art, a mandorla is an almond-shaped frame that surrounds an iconographic figure, like Christ or the Virgin Mary, to emphasise their elevated religious status. Here, Weismuller reclines, framed by a mandorla of leaves. Widely acclaimed by the press as being ‘the world’s perfect male’, Beaton’s framing here alludes to Weissmuller’s elevated celebrity status. 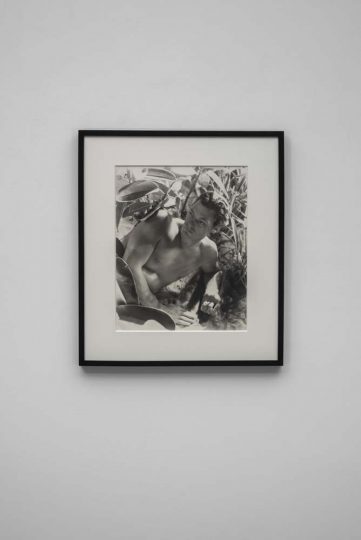 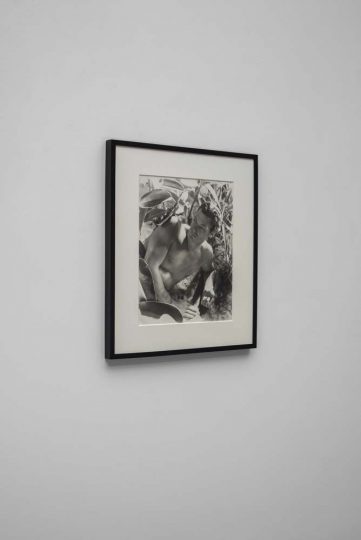 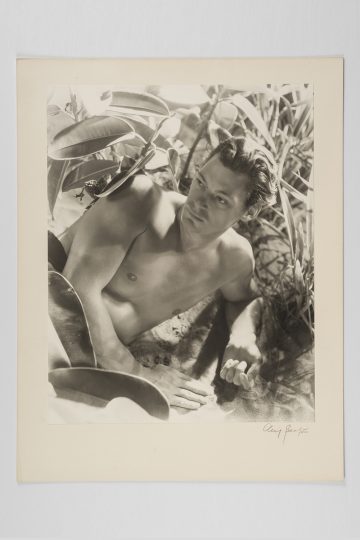