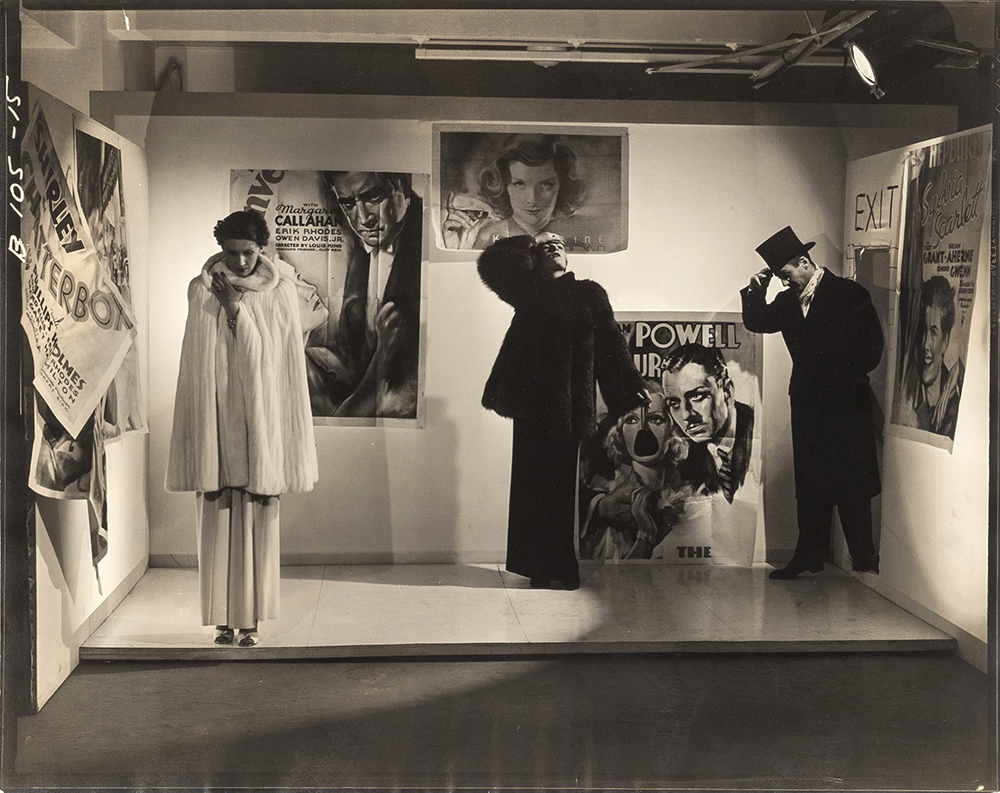 This photograph was taken by Beaton for Vogue in June 1936, showcasing midsummer furs. The three figures form a diagonal line within a white boxed stage, surrounded by contemporary film posters and a drawn ‘Exit’ sign above the door: evoking the interior of a cinema. The posters on the walls include: Chatterbox (1936), Sylvia Scarlett (1935), Special Investigator (1936) and The Ex-Mrs. Bradford (1936). To the right, a male figure emerges through the ‘Exit’ door, suited in a black over coat and top hat, which he tilts toward the models, directing the viewer’s attention.

To the left, the model Mary Oakes stands at the forefront— her dark hair is styled in tight curls, her head tilted downwards. She is wearing a below-the-knee length, white ermine cape with side slits made by Jay-Thorpe: an exclusive Manhattan store that offered custom made clothing from French and in-house designers at the time.

Oakes was known as one of the most photographed women in the world. She was photographed by Cecil Beaton on multiple occasions as well as Horst P. Horst, appearing in Vogue, Harpers, and Glamour.

Standing in the centre, the model Mary Gosgrave’s pose appears intentionally dramatic amongst the cinematic surroundings. She contrasts Oakes in a black sable jacket with hunches on the shoulders, by the famous New York City furrier Gunther Jaeckel, worn over a floor-length black dress. 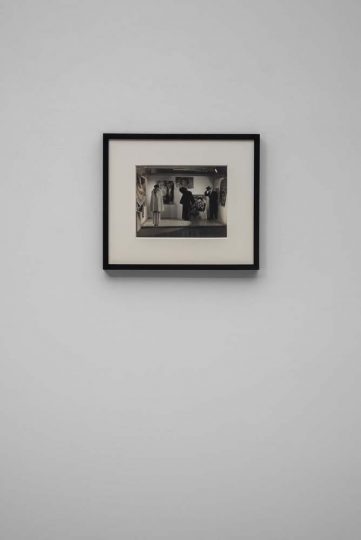 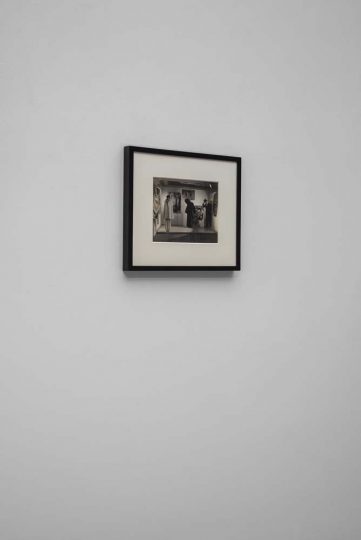 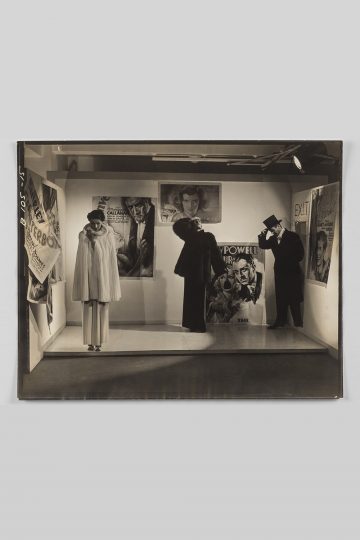 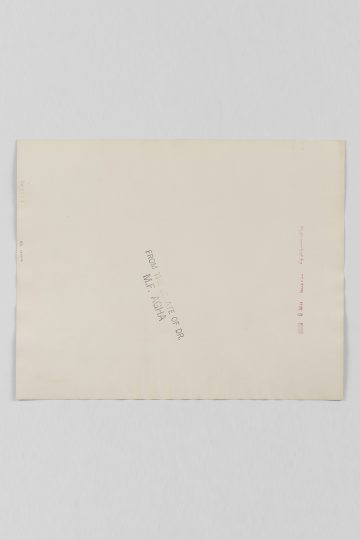