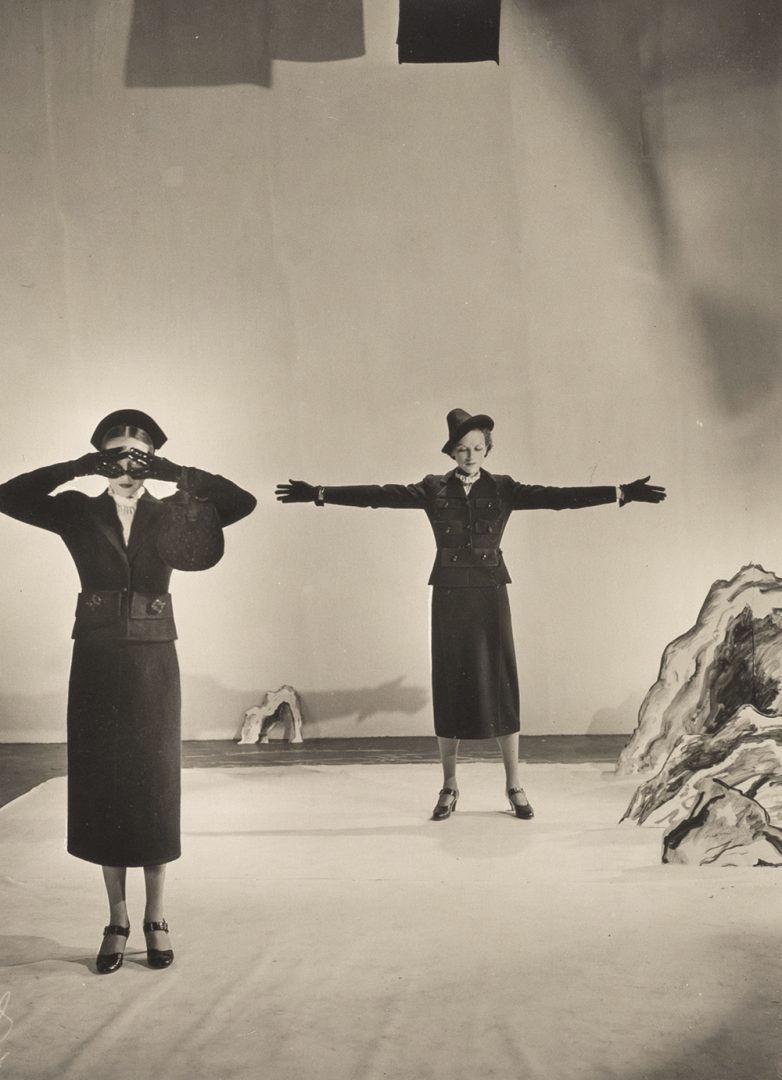 Inscribed with 'Beaton Cavalcade: 60' and 'Fashion picture made in early 1930s in Paris - note surrealist influence' on reverse
Silver gelatin print, mounted on board, printed before 1945
9 1/4 x 7 1/2 inches

Beaton first established his reputation photographing the ‘Bright Young Things’ of British high society. It was through photographing the Sitwell sisters that he captured the attention of Vogue, and went on to work for the magazine as a photographer, caricaturist, and illustrator for thirty years.

This photograph highlights Beaton’s Surrealist leanings, collaborating with two other great Surrealist thinkers in their fields, Elsa Schiaparelli and Salvador Dalí. The mis-en-scene depicts two models standing apart from one another, one hiding their face, the other with arms aloft, legs wide. The scenery alludes to Dalí’s famous long horizon, with theatrical rocks set haphazardly alongside them. The models wear Elsa Schiaparelli’s Desk Suit – a striking, long coat ending at the calf, with pockets resembling drawers at their waist and chest.

Schiaparelli was widely touted as the ‘only designer who understands Surrealism’. Taken for a Schiaparelli campaign in Vogue, September 1936, the present photograph depicts one of the designer’s first collaborations with Dalí, whom she worked with from 1936 through 1939. In other pictures from the same campaign, the models hold issues of Minotaure, the Surrealist magazine with a cover designed by Dalí. 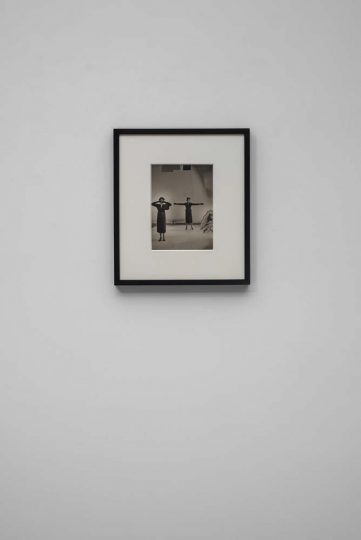 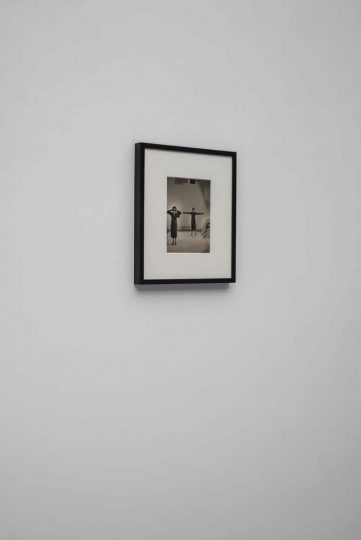 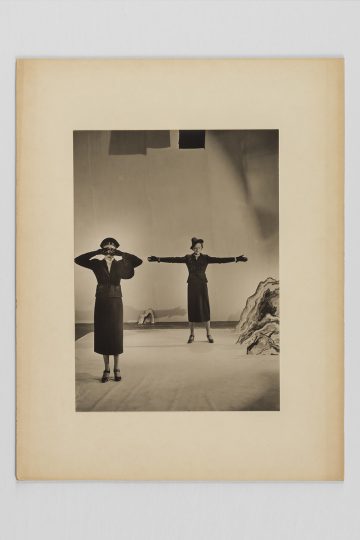 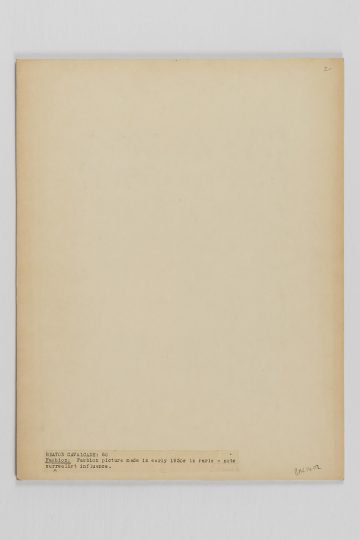