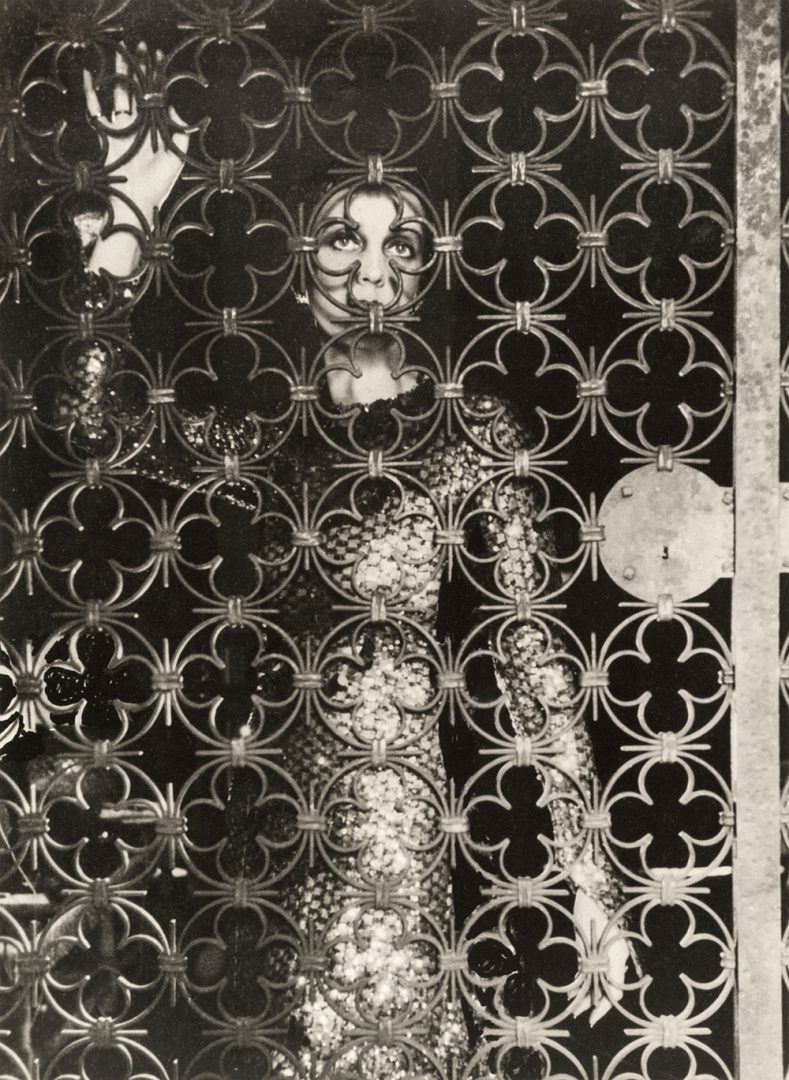 Paula Gellibrand was born in 1898, and was introduced to the sparkling world of the upper classes and the ‘Bright Young Things’ by her childhood best friend Baba d’Erlanger- daughter of Marie-Rose Antoinette Catherine de Robert d’Acquiéra de Rochgude, who was one the most important society figures of the time.

Beaton first met Gellibrand in 1925, and was immediately entranced by her grace and her striking features, stating she was ‘endowed by an appearance of extraordinary sophistication’ and that she was ‘the first living Modigliani I ever saw’. She was included in his Book of Beauty, with Beaton stating, ‘her hair is copper-silk snakes, her complexion when sunburnt is Dutch cheese.’

Gellibrand was known for celebrating her stark and extraordinary appearance by donning close fitting skullcaps to conceal her hair, and by applying Vaseline to her heavy lids to further accentuate them. Beaton had described Gellibrand’s noted appearance as follows, ‘her enormous blue eyes were surrounded by a halo of dark-mushroom colour fatigue, giving her the appearance of being heavily made up.’

This particular portrait, probably made in the late 1920s, celebrates Gellibrand’s famous eyes. The composition sees Gellibrand behind an elaborately patterned wrought iron grill, posing in a delicate and shimmering ‘fish-scale’ dress, the same worn for her 1928 sitting for Beaton’s Book of Beauty. The intricate latticework grill that divides photographer and sitter perfectly frames Gellibrand’s features, the motif seemingly curling itself around her eyes. 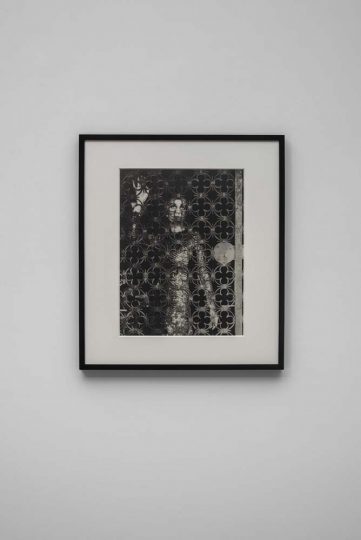 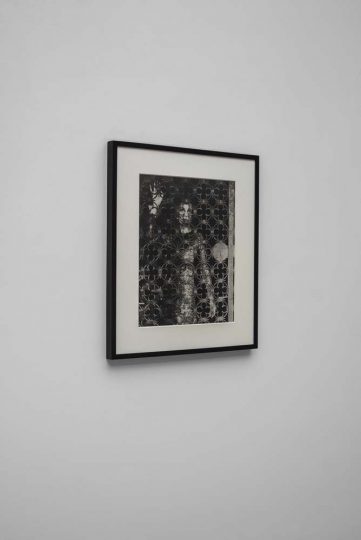 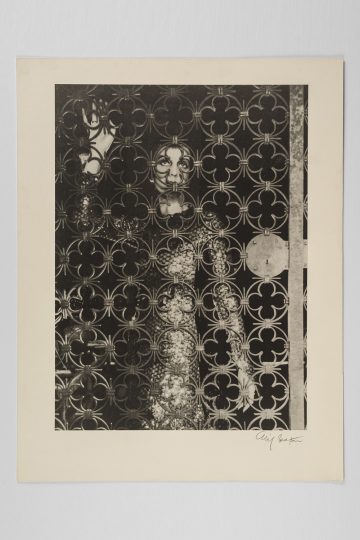