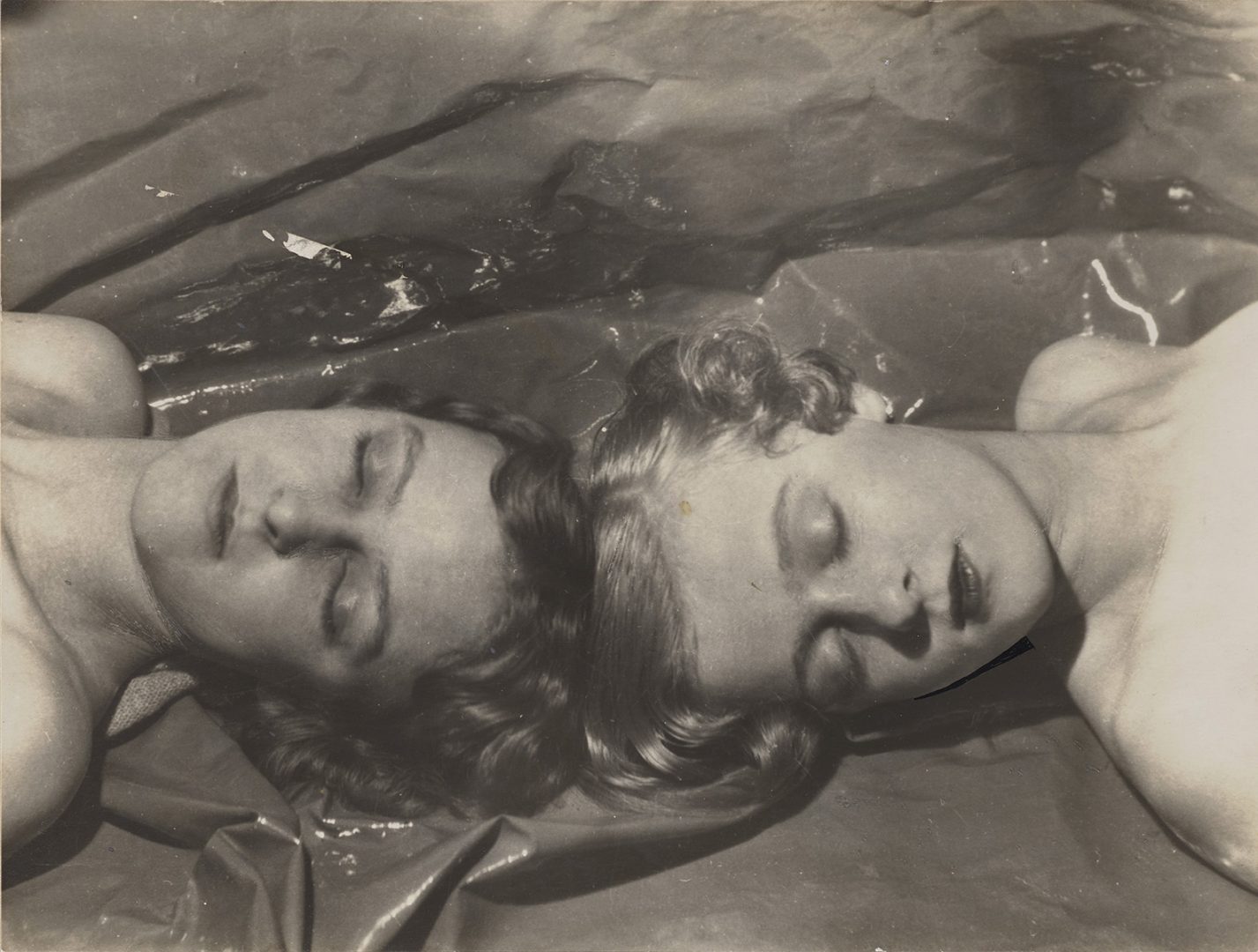 The Jungman sisters, Zita (born 1903) and Teresa (born 1907), were the daughters of the Anglo-Dutch artist Nico Jungman and Beatrice Mackey, a devout Catholic. Their parents divorced in 1918 and their mother re-married Richard Guinness, from the wealthy banking family.

Though their mother instilled in her daughters a strong faith in the church, their home was also an epicentre of London high society’s roaring parties of the 1920s and 1930s. The elder, Zita, met Lady Eleanor Smith while at school and both became founding members of the ‘Bright Young Things.’ The sisters’ escapades were constant fodder for the tabloids; Teresa would dress up as a Russian spy called Anna Worolski and tell unsuspecting men stories of mysterious jewels, Zita persuaded the Hovis factory to bake clues into a special loaf of bread for one of the groups vaunted treasure hunts.

This photograph by Beaton alludes to one of the sisters’ most daring exploits. The pair decided they wanted to spend the night in Madame Tussaud’s Chamber of Horrors, where they removed the wax models of the Princes in the Tower and made themselves a bed, only to be discovered by a security guard. Beaton photographs them conjoined at the head, eyes closed pretending to be asleep. The unusual positioning of the figures speaks to the playfulness and inventiveness of Beaton’s portraiture of the ‘Bright Young Things’, and the photograph has become one of the most celebrated of Beaton’s work from this era.

The image’s air of relaxation belies the lively characters of its sitters, who were two of the most admired figures of London society. The writer, Evelyn Waugh, who maintained a fascination with the ‘Bright Young Things’, proposed marriage to Teresa before he had even received a divorce from his first wife. He was rebuffed. Though Zita and Teresa were both briefly married they returned to live with each other in later life, both living to over one hundred. 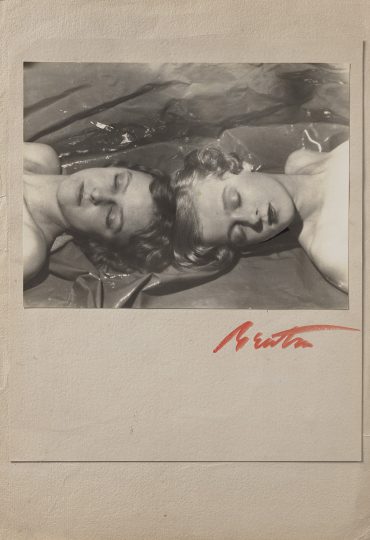