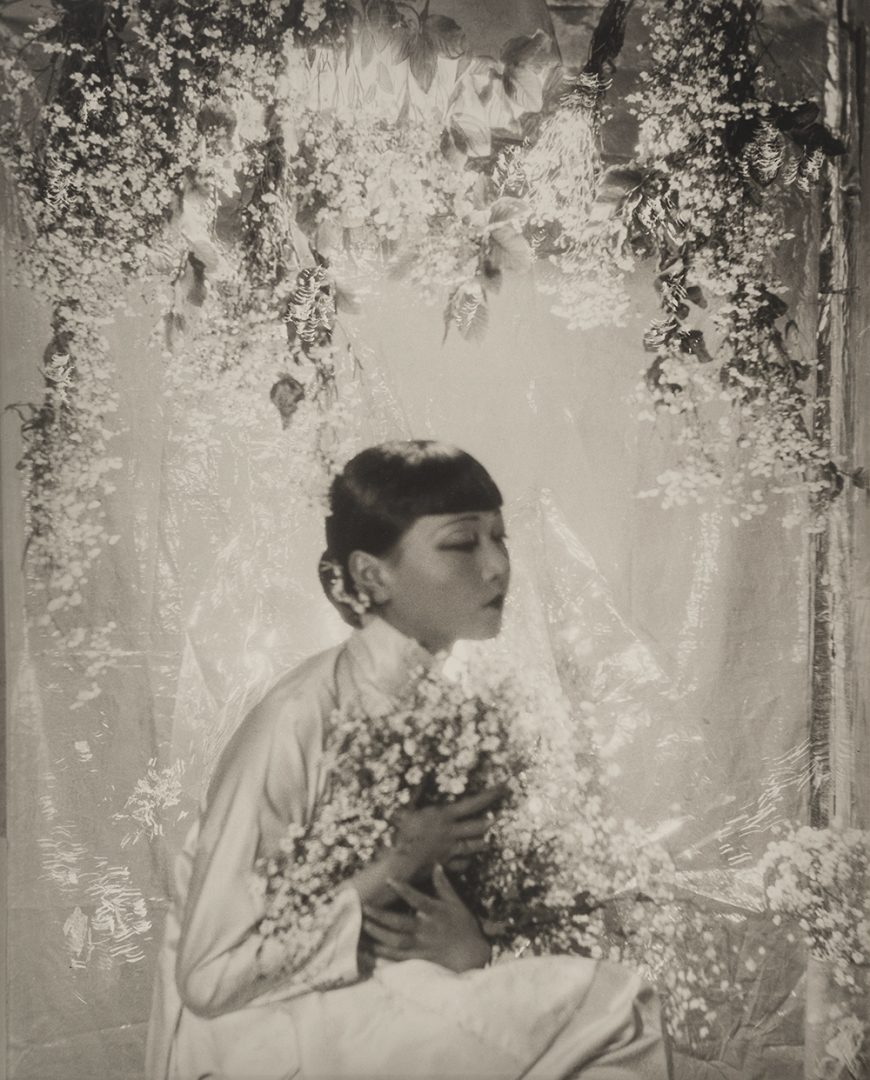 She travelled to Europe in 1929 and whilst in London starred in E.A. Dupont’s silent film Piccadilly (1929). In the same year she also co-starred with Laurence Olivier on stage in Circle of Chalk.

Wong is photographed clutching a bouquet of gypsophila, framed with further bouquets, suspended, ingeniously, by Beaton from an invisible scaffold constructed from billiard cues.

This portrait is typical of Beaton’s 1920’s portraiture, in its use of reflective, shimmering surfaces as a backdrop. The glistening surface is further enhanced by Beaton’s use of soft backlighting, which gives Wong’s figure an ethereal glow, as if she herself were emanating light. Wong’s all-white, silken attire and the sprays of white flowers that frame the composition heighten this celestial atmosphere. For increased effect, Beaton subsequently retouched the image: scratching into the surface of the negative to add further sparkling effects and apparent ripples of reflected light. 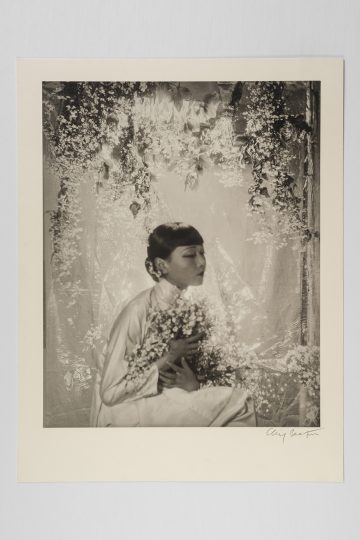 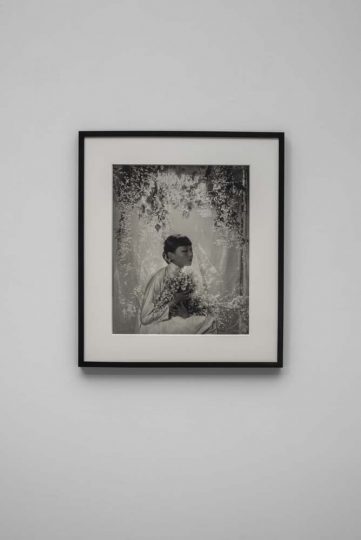 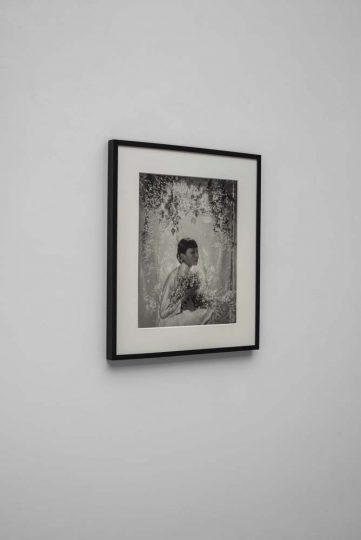