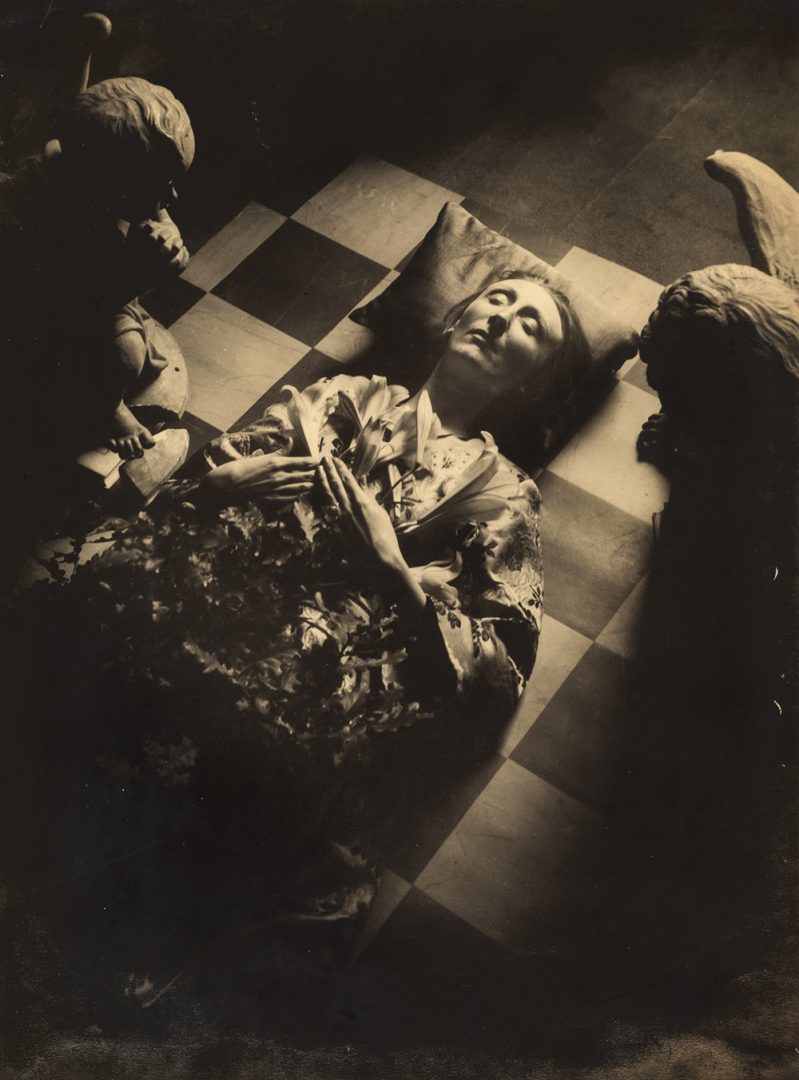 Edith Sitwell was an English aristocrat and poet. She provoked criticism because of her eccentric manner and style of dressing, often wearing outlandish garments, gold turbans, and colourful jewellery. Her poetry was considered avant-garde by many, turning on themes of childhood and literary tradition. She is perhaps best known for Façade, a series of poems performed to music, which served as an experiment in rhythm and sound.

Describing herself in LIFE magazine in 1963, Sitwell said: ‘I am not eccentric. It is just that I am more alive than most people are. I am an unpopular electric eel set in a pond of goldfish’.

Taken in the Beaton family’s London residence on Sussex Gardens, this portrait shows Sitwell as a medieval tomb effigy. Sitwell is photographed, supine, on linoleum tiles acquired especially for the sitting, clutching Christmas Lilies, and overlooked by two stone cherubs. Like much of Beaton’s early work with Sitwell, this photograph is low lit and highly conceited. The portrait visually alludes to the fantastical Victorian illustrations of Dante Gabriel Rossetti, and meditates on themes of femininity, the macabre, and the absurd.

Sitwell and Beaton enjoyed a prolonged relationship and continued to work together for many more years. For her 75th birthday, Sitwell commissioned Beaton to take her portrait, well aware of the international acclaim which accompanied Beaton’s photography. 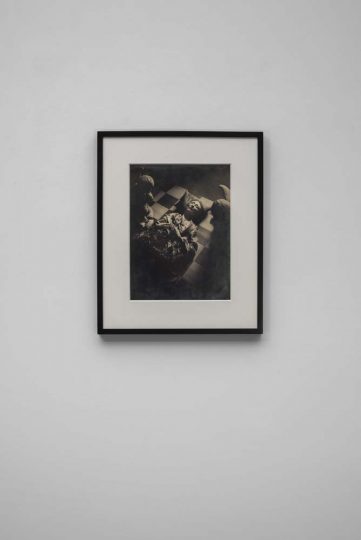 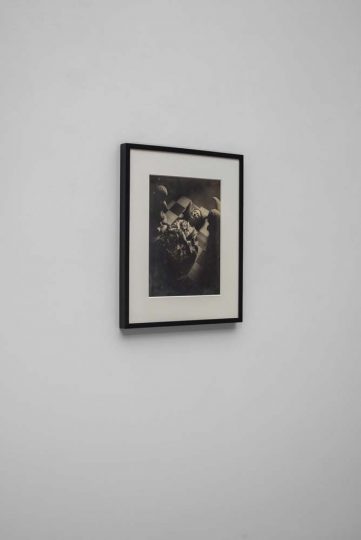 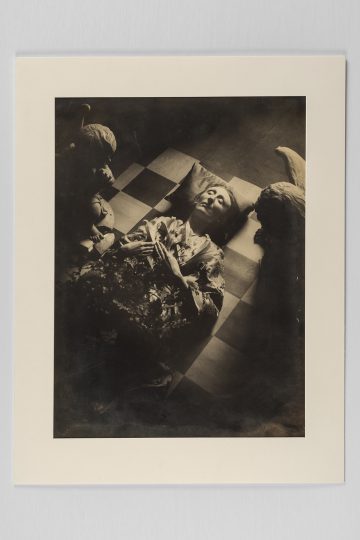 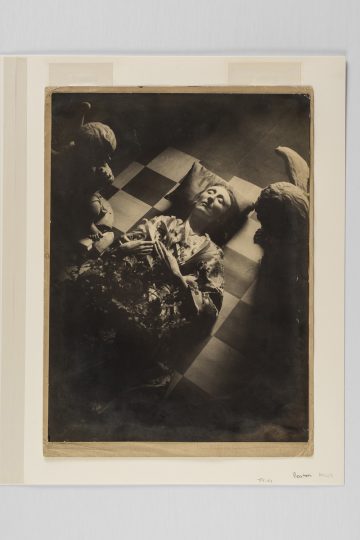