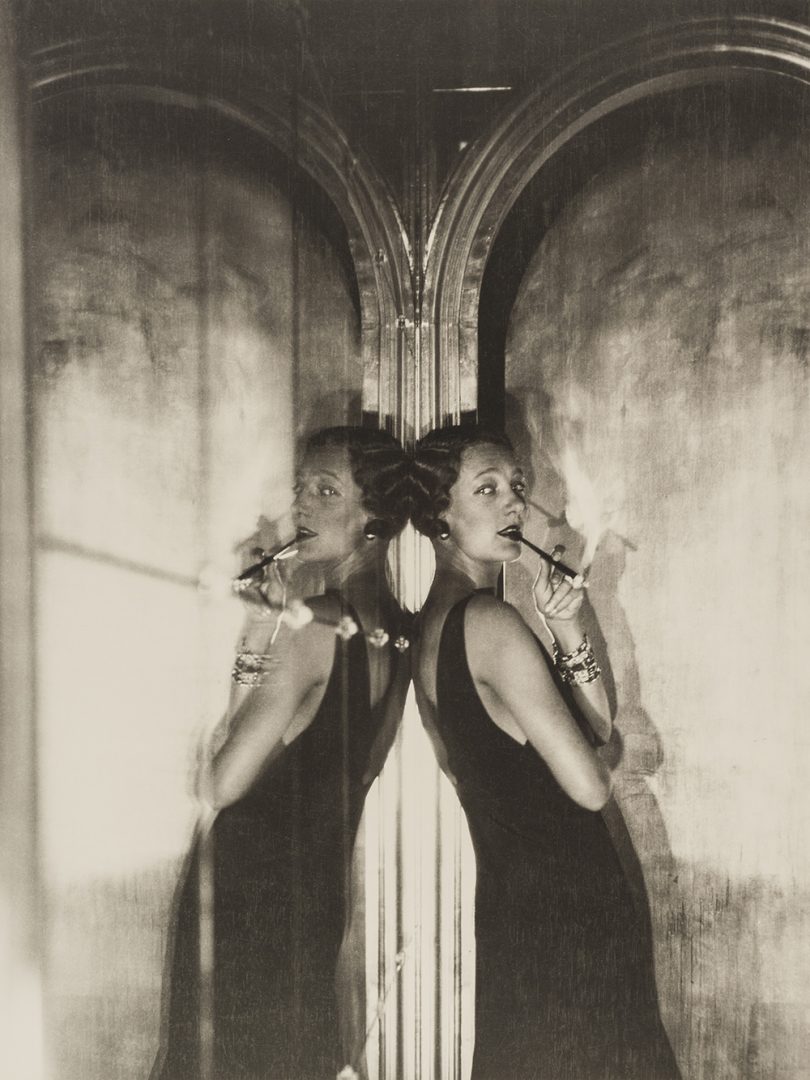 Gertrude Lawrence, born Gertrud Klasen in 1898, was an actress, singer, and dancer, widely renowned for her time on stage in the West End, and on Broadway in New York. She was the first British-born actress to headline an American musical on Broadway.

She enjoyed a close relationship with Noël Coward, whom she met as a teenager. Coward wrote many plays with her in mind, such as Bitter Sweet (1929), Private Lives (1930), and later, Present Indicative (1937) and Future Indefinite (1954). Lawrence was a well-known public figure, and developed a reputation for her ‘glitter’ and ‘effervescent’ presence on stage.

In this photograph, Lawrence stands against a smoked mirror, smirking cannily at the viewer. She smokes languidly, dressed in an elegant gown. The delicate arch of Lawrence’s back and its reflection in the mirror provide a visual counterpoint to the architecture surrounding her. Taken at the peak of her stage career, the mirrored composition reflects Lawrence’s ‘mutable’ talents that she was so well known for in performance: it was said she never gave the same performance two nights running. 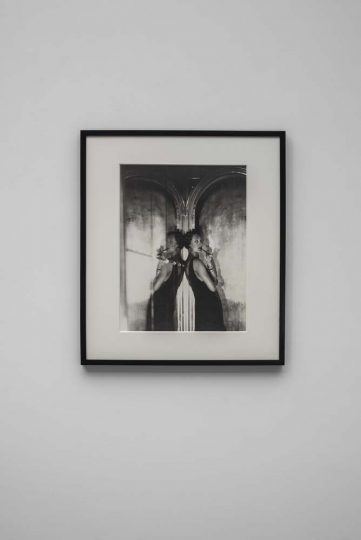 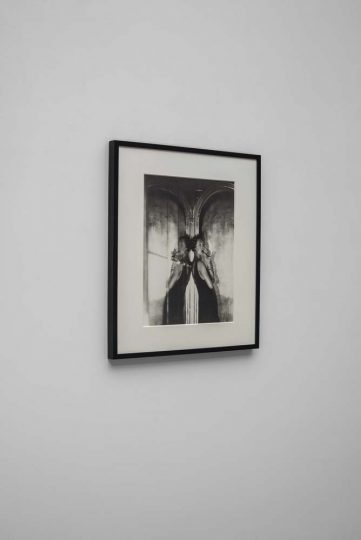 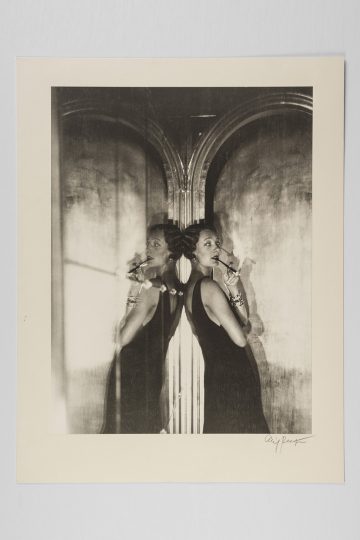