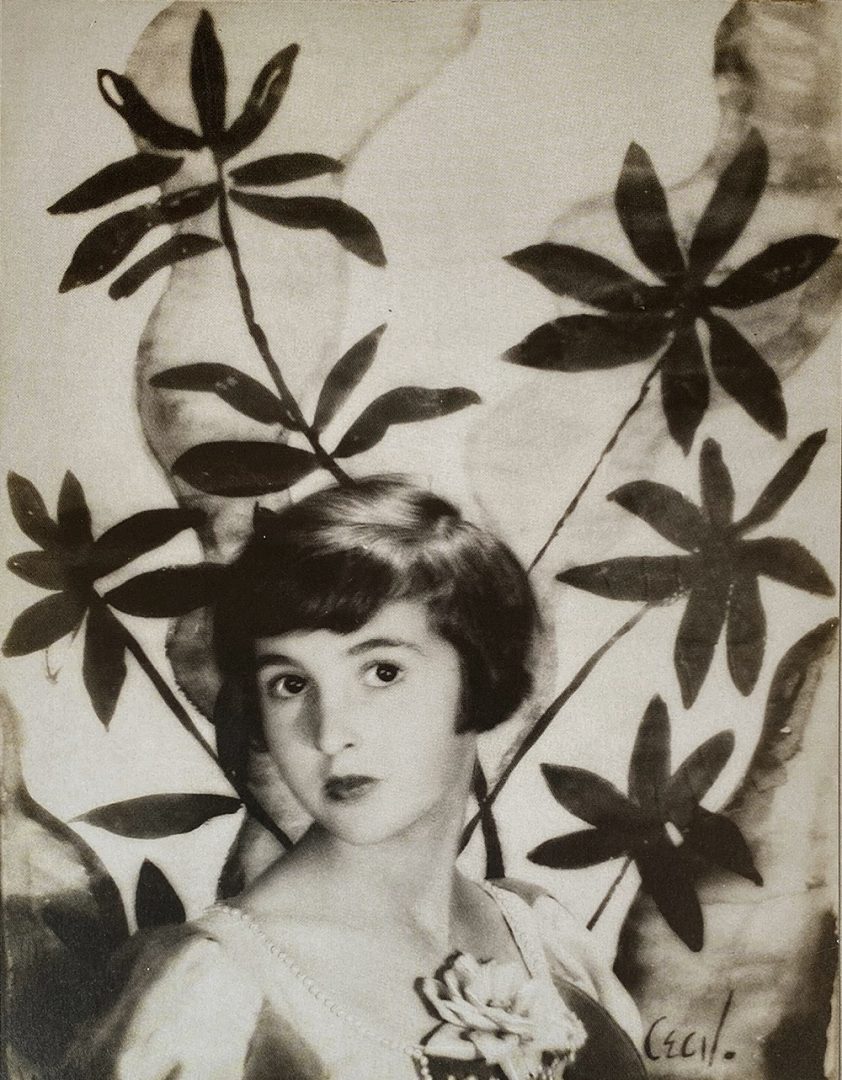 The younger sister of Eleanor Smith, Pamela, or Pam as she was known, was the youngest daughter of Lord Birkenhead, born in 1914. From a young age she regularly attended all the costume balls and parties with her parents and older members of the ‘Bright Young Things’. When she was just eleven years old, she accompanied her father to the Duchess of Sutherland’s fancy dress ball, where she charmed everyone dressed as Peter Pan to her father’s Captain Hook.

In 1927, she attended the Great London Pageant of Lovers dressed as Juliet, with Zita Jungman, another member of the ‘Bright Young Things’, accompanying her as Romeo. Photographing the costumes for Vogue magazine, Beaton captured a number of portraits of the star-crossed lovers, as well as this photograph of Smith, taken in front of a backdrop of stencilled leaves. Though she looks older than her years, her wide-eyes look back at the camera, a picture of youthful innocence. Beaton described her as ‘like the little Robinetta of Sir Joshua Reynolds.’

Smith’s youthful exuberance found her many admirers, including the film star Rudolph Valentino. It was Michael Berry, the editor-in-chief of the Daily Telegraph, however, that she married in 1936. Smith moved in literary circles and became a celebrated political fixer, inviting those who disagreed with each other to her imaginative and extravagant parties, and using her diplomacy to have them leave as friends. 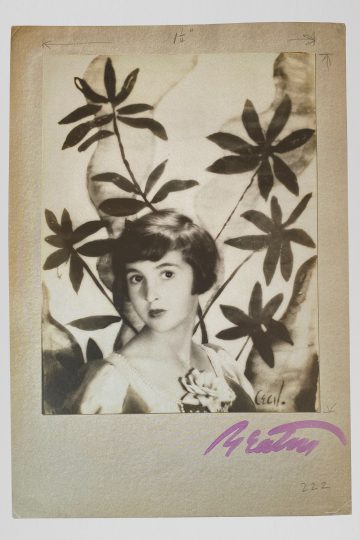