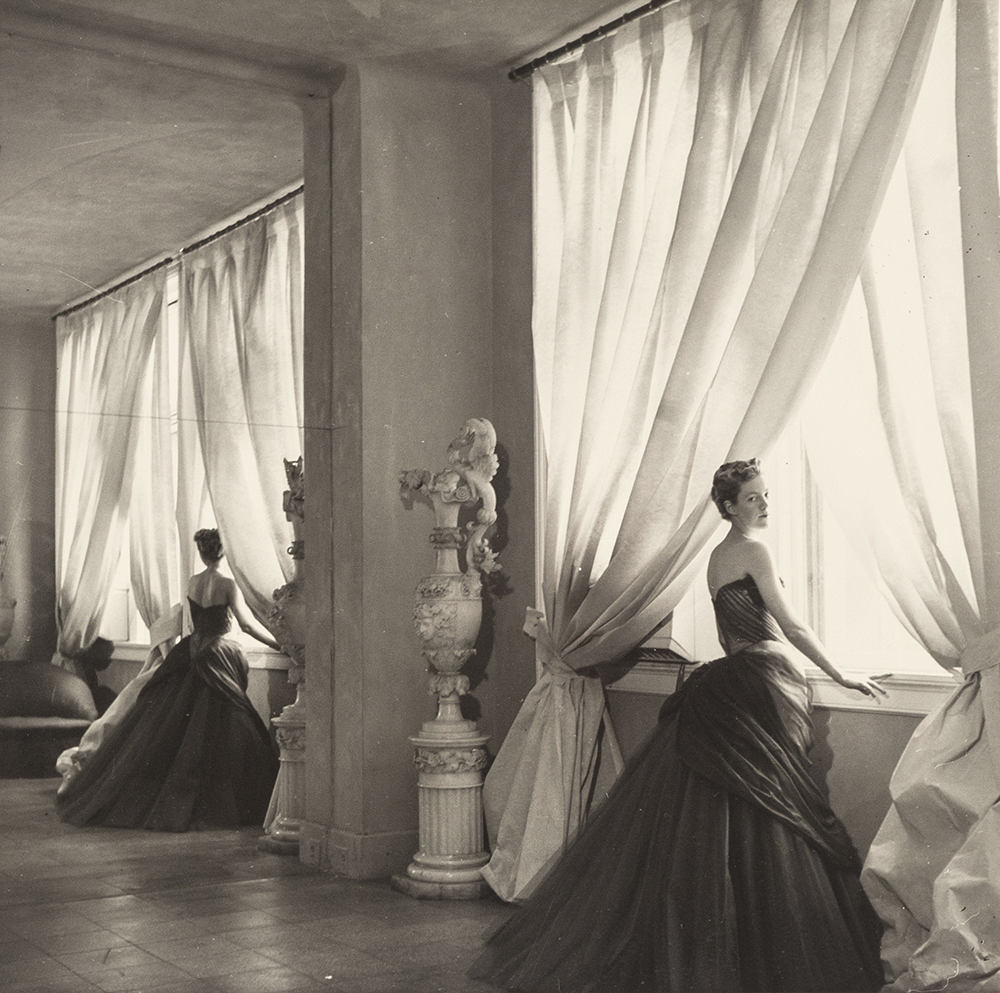 Nancy James Modelling One Of Her Husband’s Creations, 1955

Charles James, known as ‘America’s First Couturier’ was a radically modern dressmaker, who, by the 1950s was making the most expensive gowns in the world.

James’s career began in the 1930s, his fame and success peaking between the late 1940s and mid 1950s, when his grand and sculptural gowns were sought after by American high society’s most prominent women. James saw himself as an artist rather than designer, and as a sculptor of dresses rather than their maker. He personally draped and constructed all of the gowns that bore his name, manipulating fabrics into dramatic, avant-garde shapes using complex seaming and complicated understructures.

Beaton’s portrait of the designer’s wife, Nancy James, was made in 1954, the year after the pair married. She models the ‘Swan’ dress, one of James’s most celebrated, and characteristically complex, haute couture designs. She is photographed in the Charles James showroom on East 57th Street, New York, posing elegantly by a light filled window: the Pellon draping framing her form and perfectly mirroring the heavy and graceful draping of the gown she wears.

The ‘Swan’ dress borrowed heavily from the Victorians in its architecture and design. Reinterpreting the construction of the 1870s bustle dress, the shape of James’s dress suggests the back of a swan, with wings folded gracefully on its back. Beaton employs the full height mirror in the showroom to present the dress from two angles, cleverly including both Nancy James’s features as well as the dress’s prominent bustle. 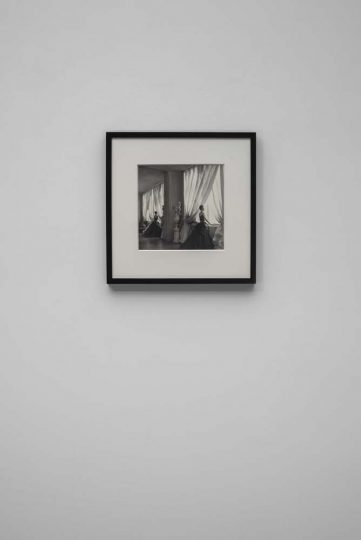 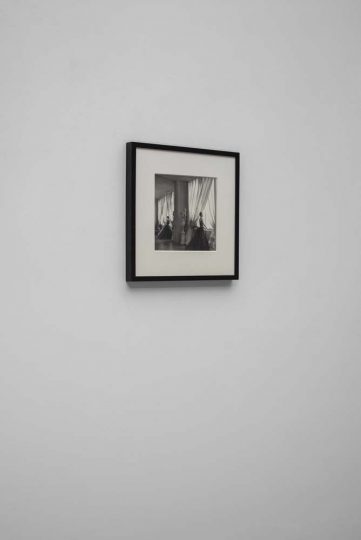 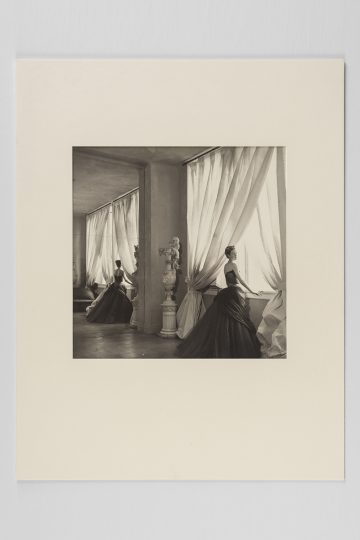 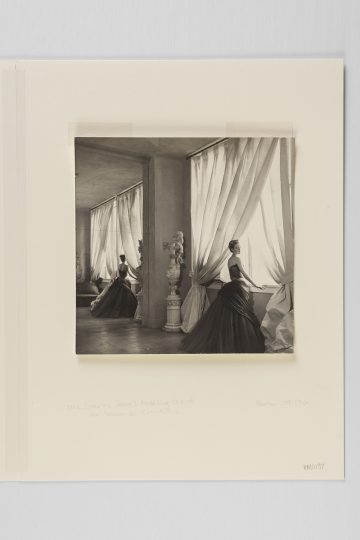