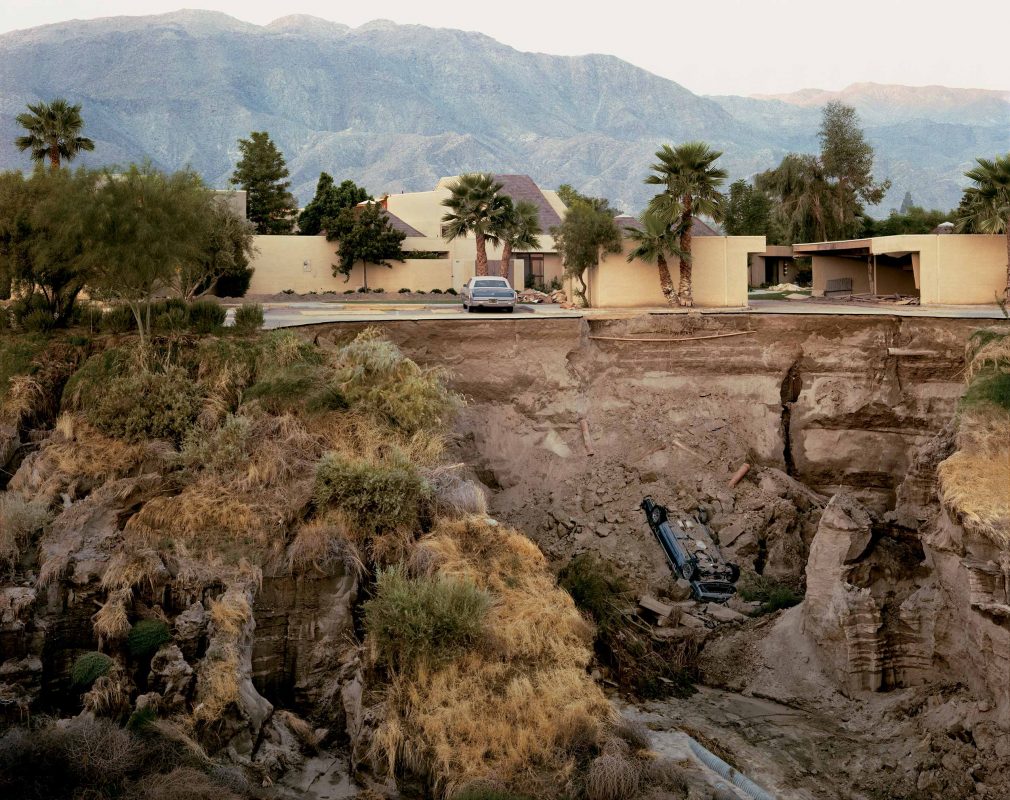 Initialled and inscribed with title and print date

Signed, dated and inscribed with title on reverse 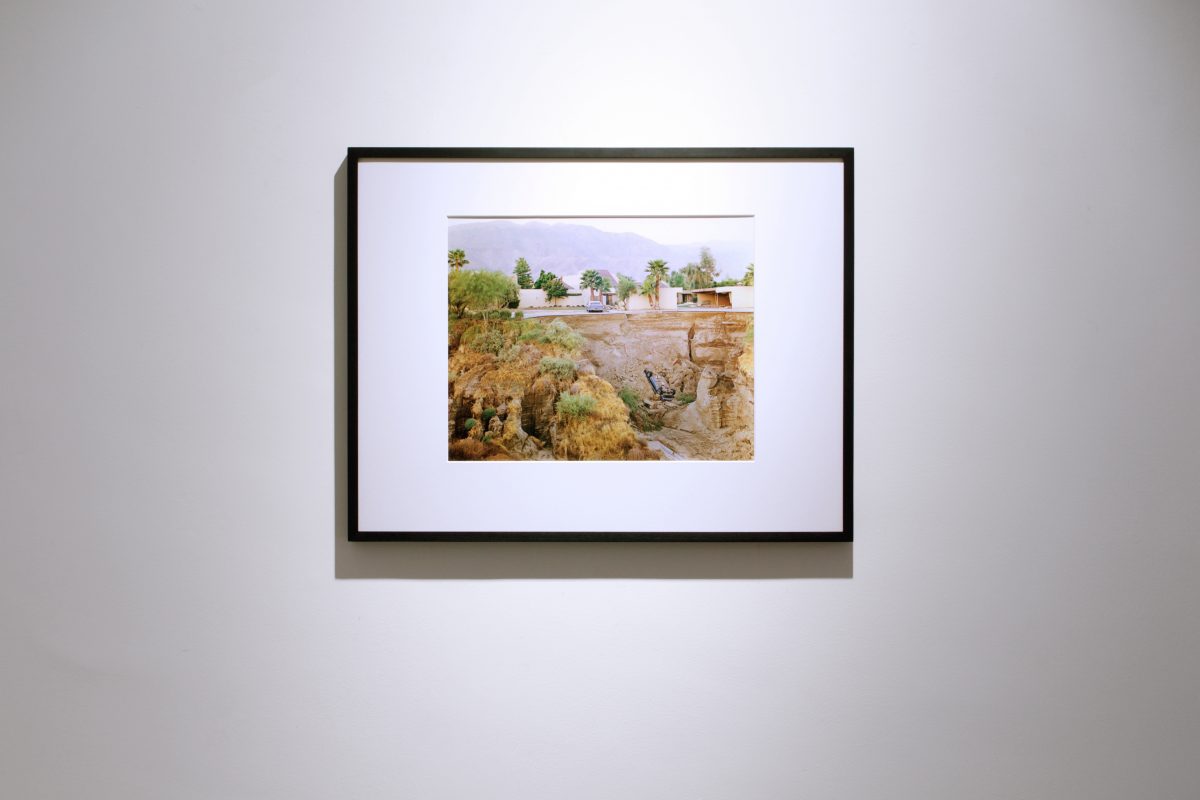 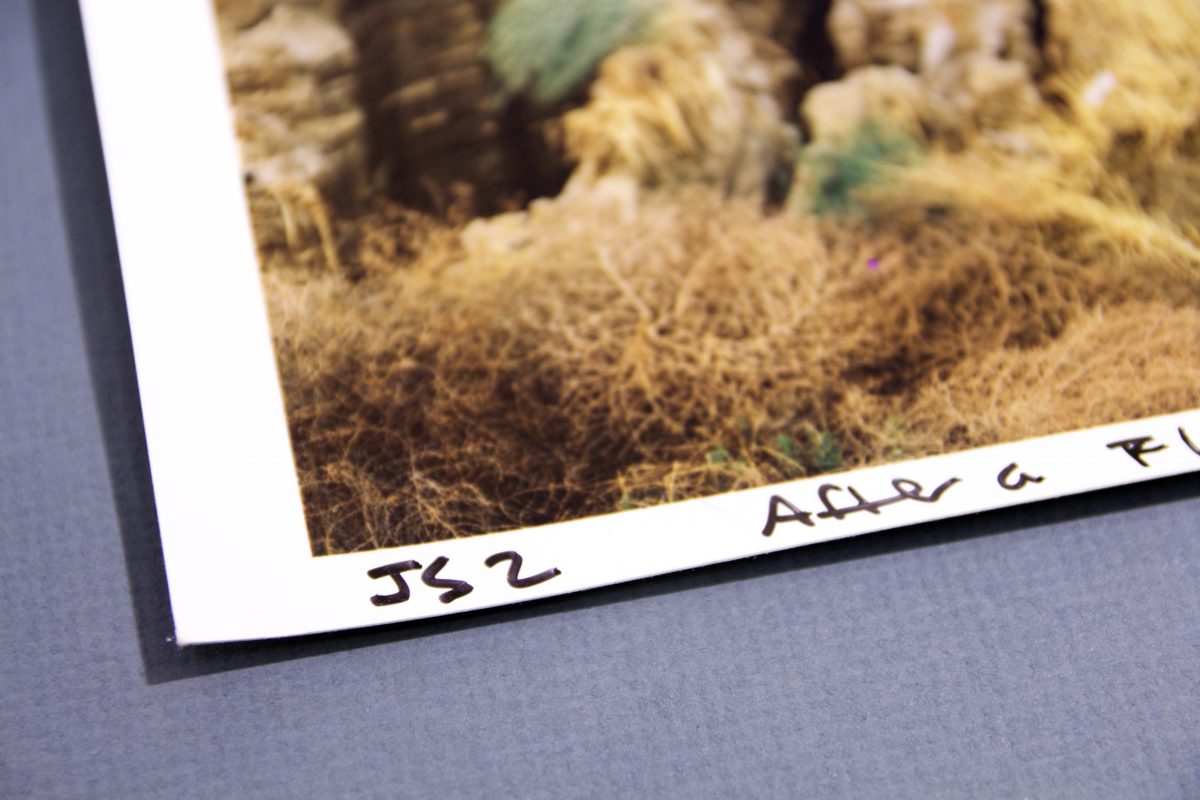 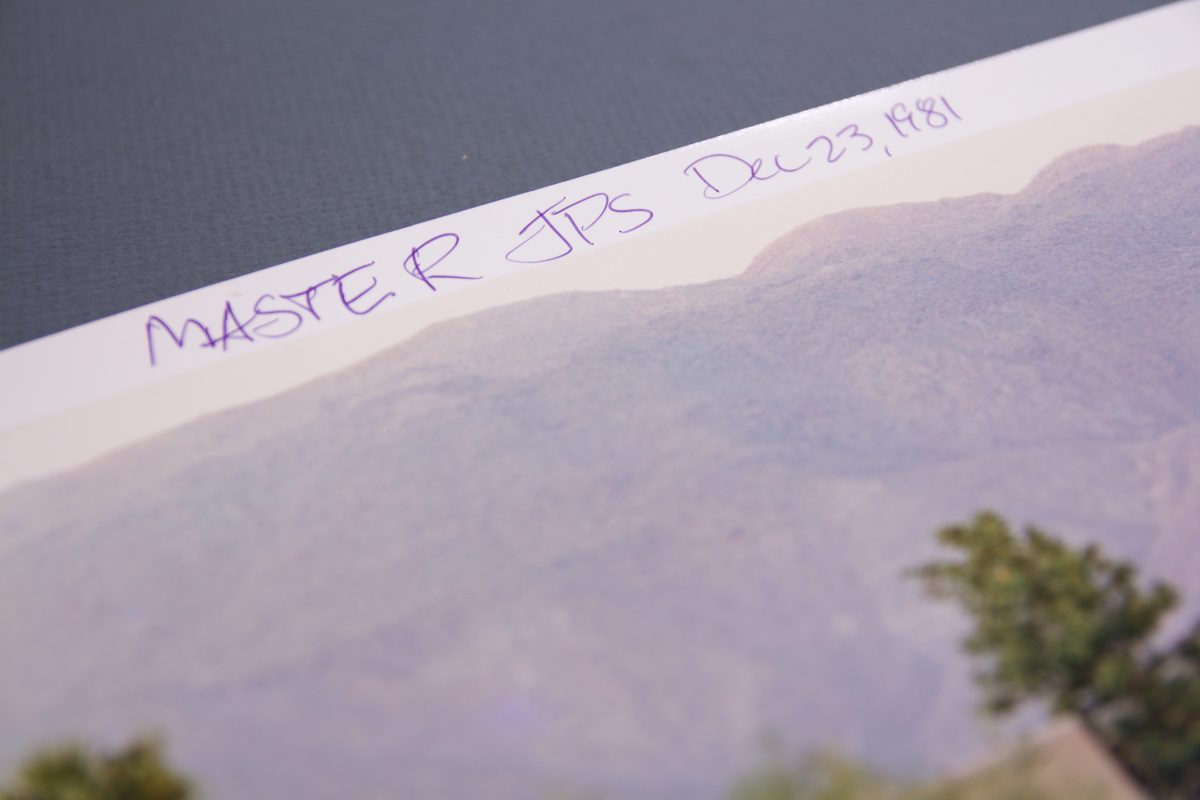 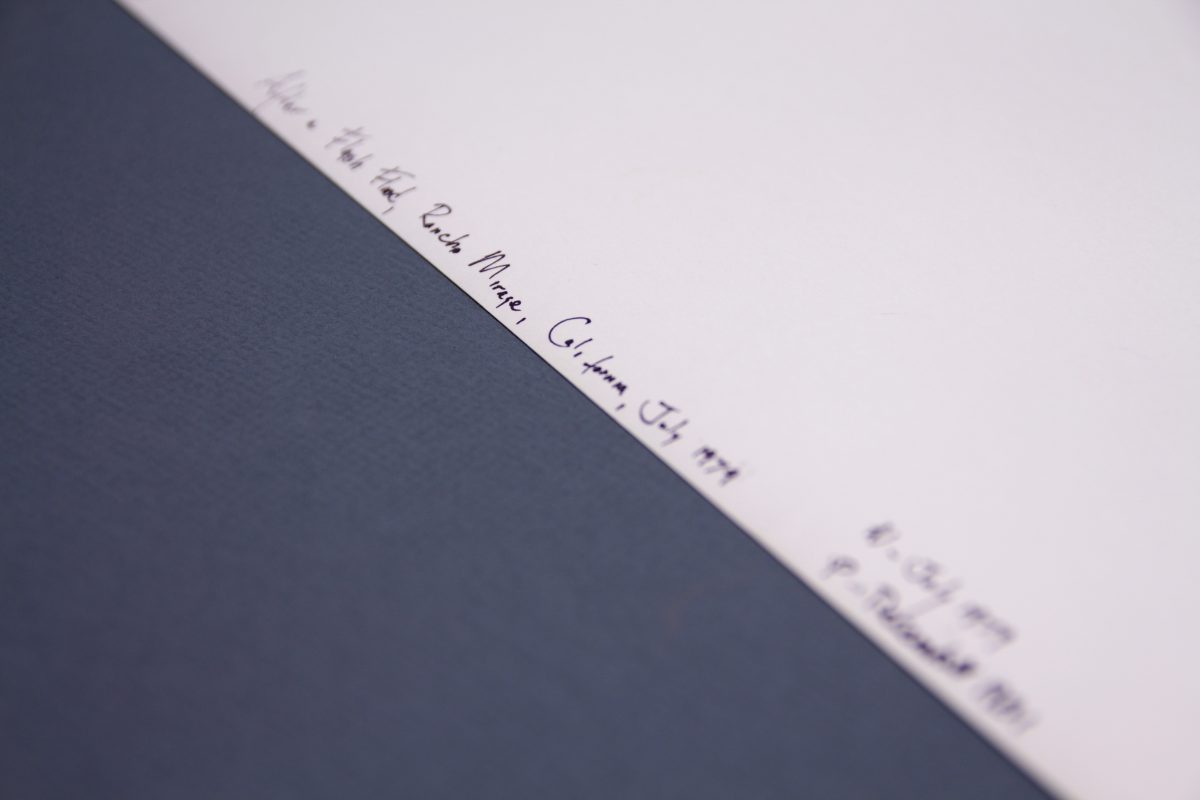 Joel Sternfeld worked on his project, American Prospects, for eight years, traversing the length and breadth of America with his 8 x 10 inch viewfinder camera, in order to capture an essential character of the country. Visiting 49 states, Sternfeld photographed 1,200 scenes for the series, and perhaps one of the best known is the present photograph, After a Flash Flood.

American Prospects captured the anxious mood that fell on the country between the Carter and Reagan presidencies. The series looked to the areas where society has ousted nature, whether by sites of agriculture, industry, or ever-creeping suburbanisation. Sternfeld is an observer, not a participant, in the events unfolding before him. He looked at these scenes with an eye for the unsettling or the absurd, and the photographs are often, as a result, replete with a subtle and sometimes biting humor. His camera finds small ironies in scenes from ordinary life that might otherwise go unnoticed. Again and again the uncanny is found in human artefacts left after their owners have moved on.

After a Flash Flood is one of Sternfeld’s most effective images, depicting a typical suburban building hovering precariously over a freshly cut escapement, balancing on the edge of destruction. A thin line separates order and chaos, of nature at its most raw and violent and of the suburbia that encroaches upon it. As with many of Sternfeld’s compositions, the photograph is replete with details that take time and careful viewing to fully register. The comparison between the two cars in varying states: one destroyed, overturned, embedded in the brown sludge of the maw, and the other pristinely parked, and yet precarious. There is a tension in the photograph caused by these two diverging fates. The fate of the second car is threatened by the fate of the first.

As a chronicler of societal issues within America, Sternfeld’s work continues the tradition established in the 1930s by Walker Evans and continued by Robert Frank some twenty years later. He expanded the trajectory of the medium, not only by his intelligent use of colour but also by photographing scenes rich with narrative.

His camera finds small ironies in scenes from ordinary life that might otherwise go unnoticed. Again and again the uncanny is found in human artefacts left after their owners have moved on.

The present print is an important object in that it was the master dye-transfer print from which subsequent dye-transfer prints of this image were made. It comes directly from the artist’s studio, and he has described it as the finest example of this picture that he ever printed.