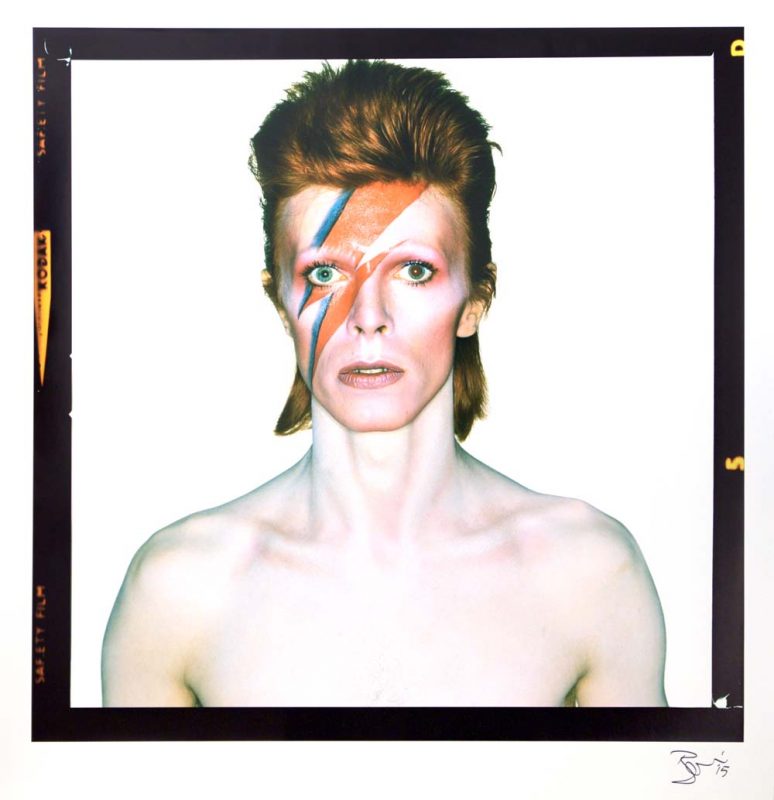 Authenticated by Chris Duffy, executor of the estate, stamped with embossed archive stamp and the photographer's archive ink stamp and numbered on reverse

From an edition of 25 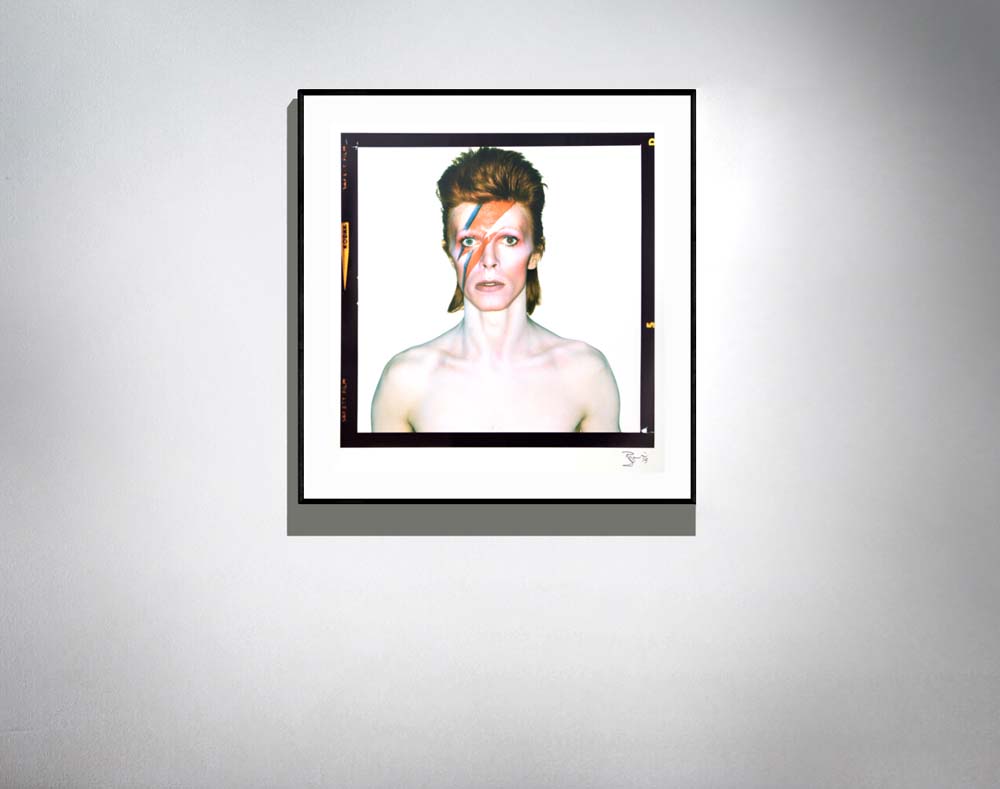 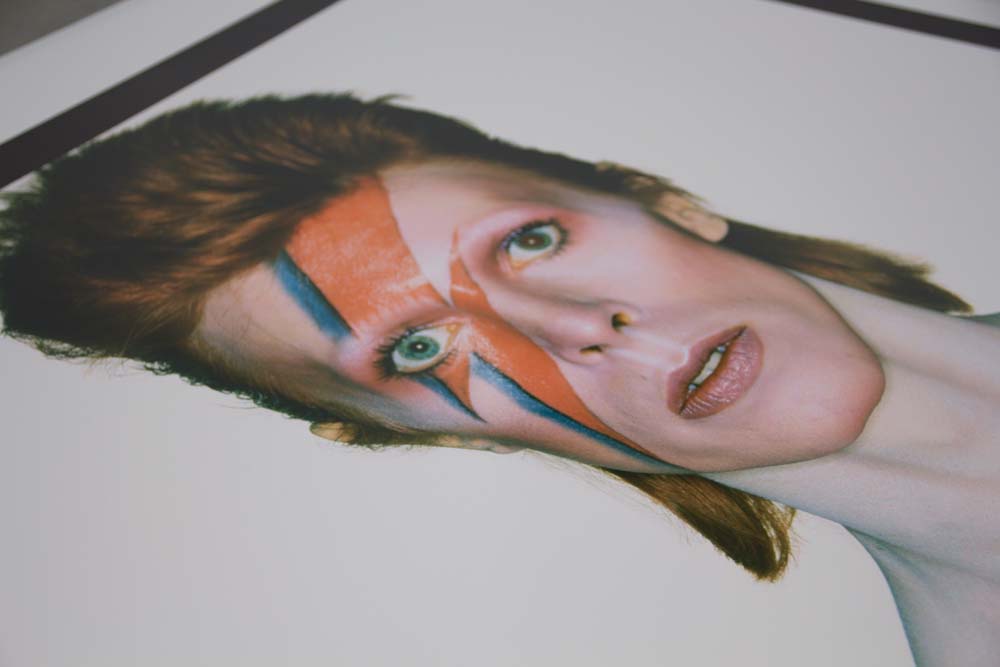 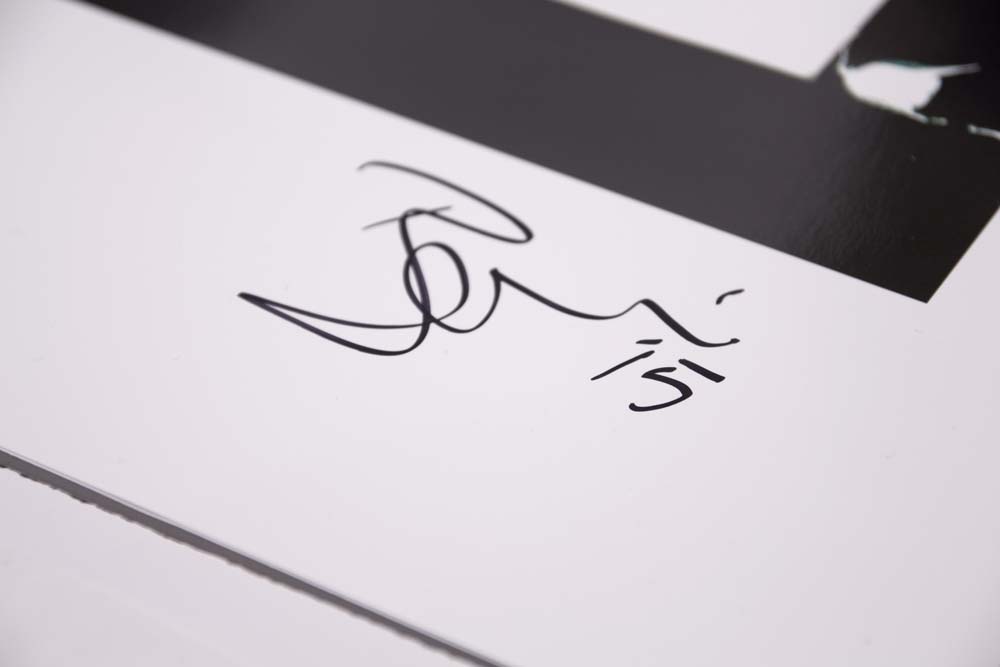 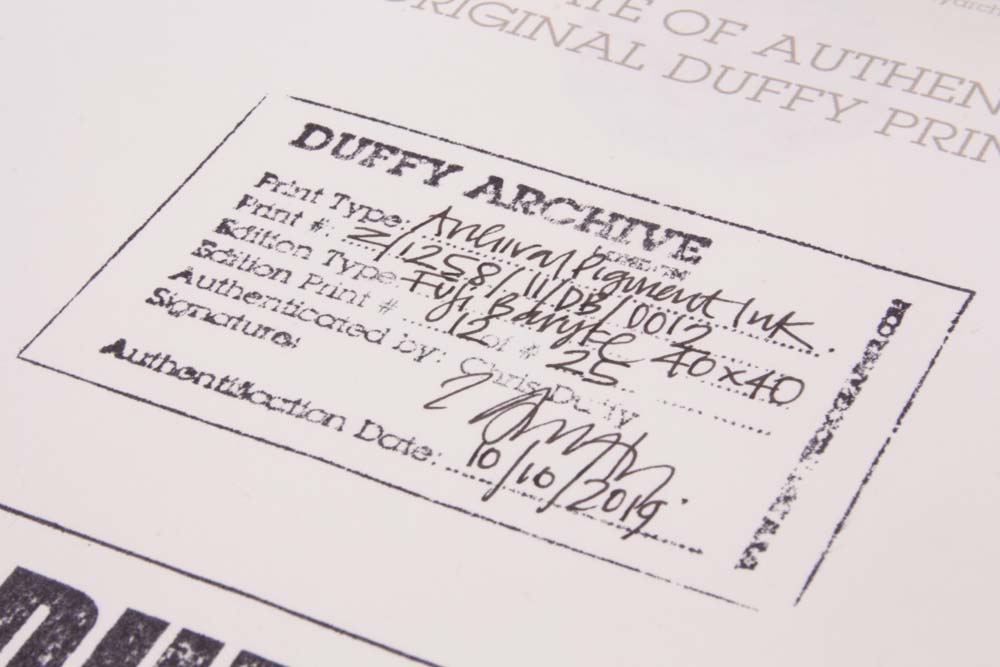 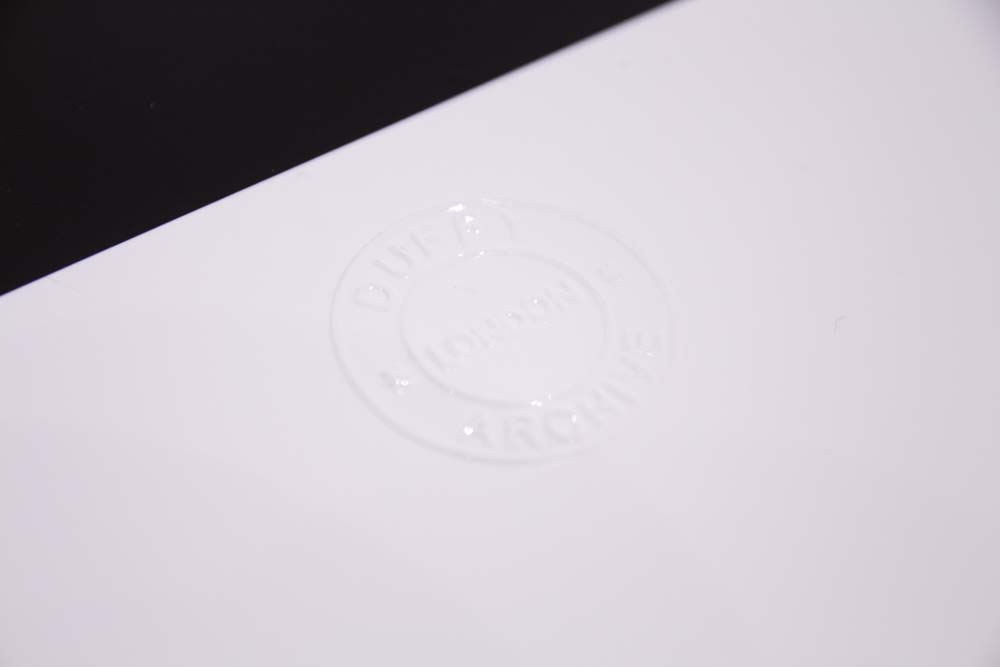 Alongside David Bailey and Terence Donovan, Brian Duffy revolutionised the photography, design and fashions of post-war London. In the increasingly liberated environment of the 1960s, Duffy became one of the most celebrated photographers of the era. It is his collaborations with David Bowie, beginning in 1972, however, which have proven to be the photographer’s lasting influence.

Duffy photographed Bowie over five sessions, resulting in a number of recognisable images of the musician, taken to create the artworks for Bowie’s successive album covers. The second of these five sessions was for Bowie’s Aladdin Sane album in January 1973. Commissioned by Tony Defries, Bowie’s manager, Duffy was instructed to make an image which would propel Bowie to superstardom. Photographed at Duffy’s studio in Primrose Hill, London, Bowie had decided upon the shocking lightning bolt to cover his face for the shoot.

Duffy was instructed to make an image which would propel Bowie to superstardom.

The French make-up artist Pierre Laroche began drawing a tiny bolt across Bowie’s forehead before Duffy stopped him, drawing the outline of a much larger and dramatic lightning bolt over Bowie’s eye and cheek, which Laroche then filled in with lipstick. The resulting image is dynamic and futuristic and achieved the desired effect of catapulting Bowie’s career. One of the images from the shoot was produced and printed on the Aladdin Sane album sleeve. The images have since become some of the most important and enduring images of the musician, as well as the defining images of Duffy and Bowie’s creative relationship.

The present print comes from a special edition of the image that was signed by Bowie himself in 2015.