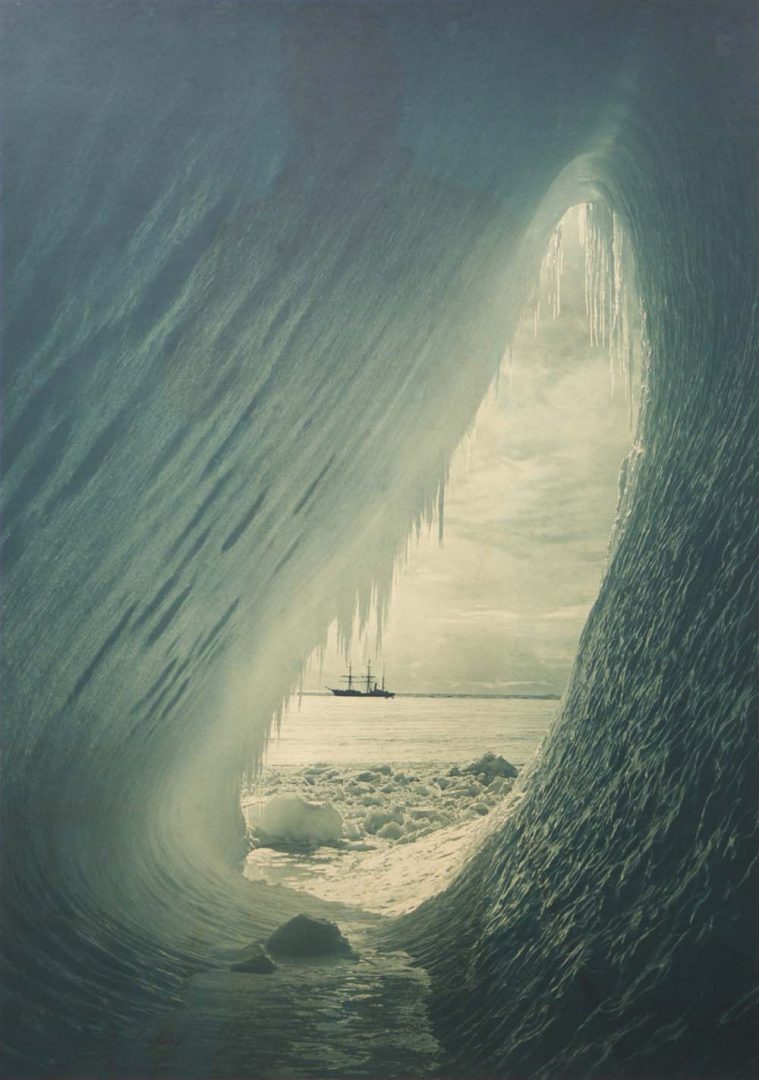 Grotto in Berg, Terra Nova in the Distance, 5th January 1911

Signed and inscribed 'Cavern in an Iceberg'

Provenance: The collection of W W Archer, Chief Steward on the Terra Nova during the British Antarctic Expedition of 1910 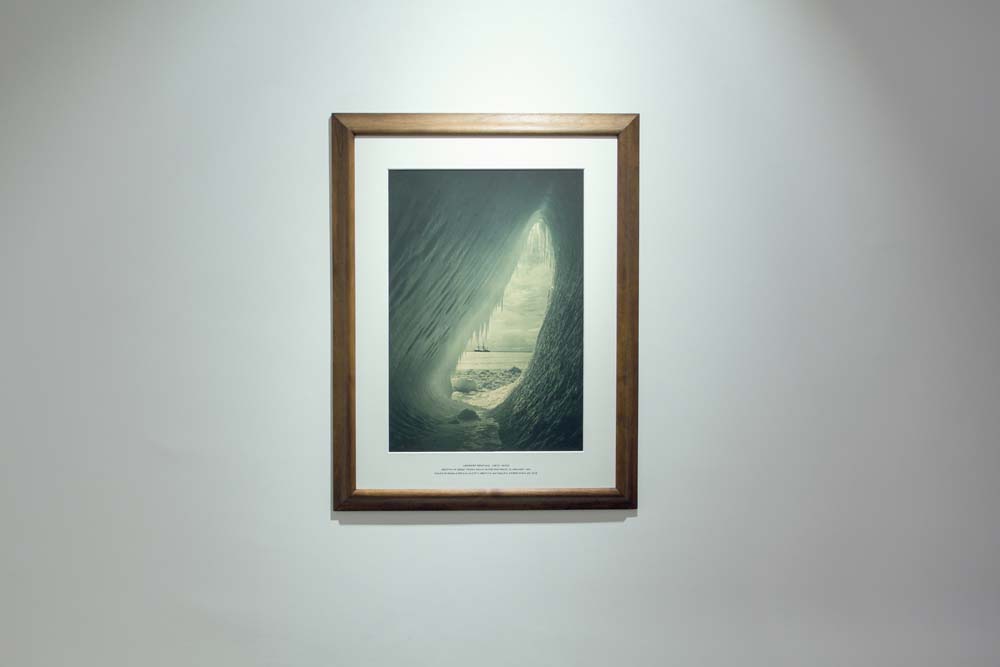 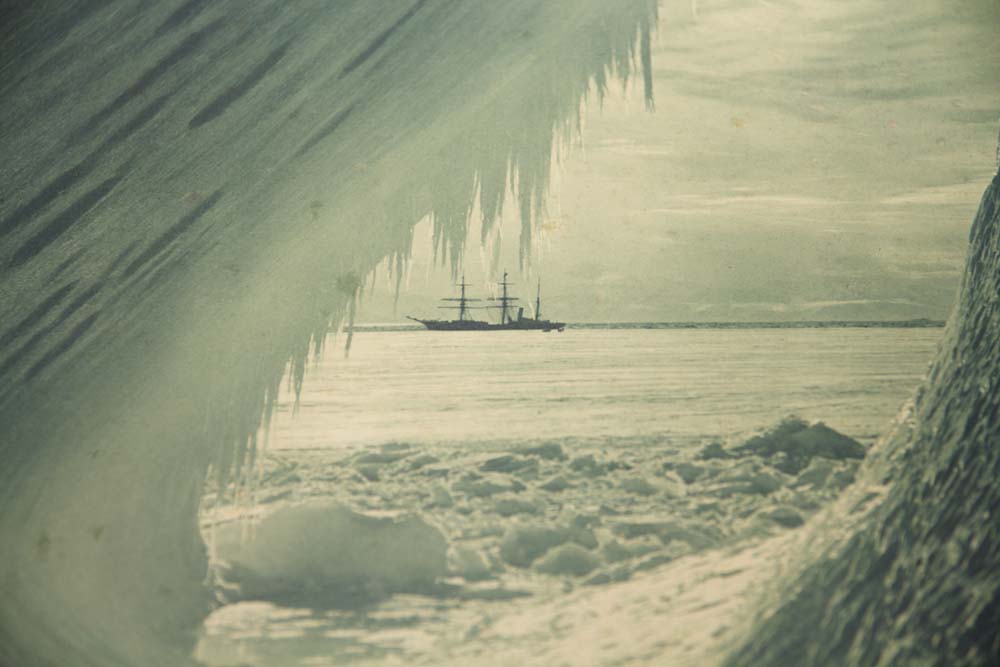 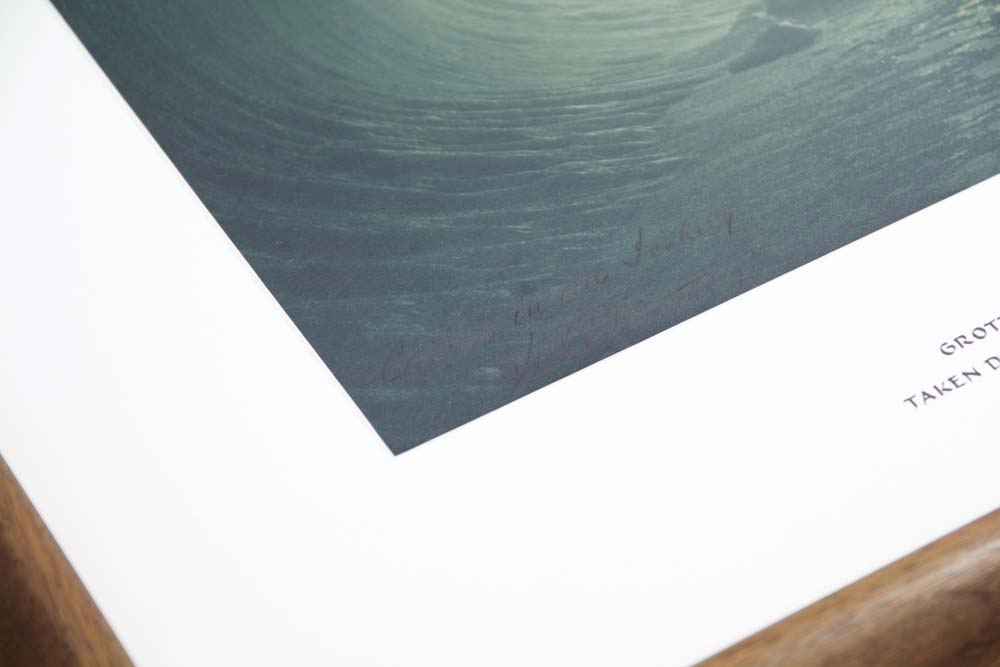 Herbert Ponting is a photographer best known for his images of Captain Scott’s Antarctic Expedition in the early 1900s. This photograph, Grotto in Berg, is a triumph of composition, elegance, and majesty given the context of both his cumbersome photographic equipment and the gruelling conditions in which he worked. The explorer, David Hempleman-Adams, has pointedly named this picture ‘as significant an image as Neil Armstrong standing on the Moon for the first time.’

The Antarctic Expedition, spanning a total of three years, gained notoriety for its tragedy and heroism in equal parts. The Terra Nova set sail on 1st June 1910, with the goal of being the first to reach the South Pole, with Ponting joining the expedition at the explicit request of Captain Scott.

While Ponting’s wider Antarctic portfolio captures images of the crew of the Terra Nova, their daily lives and activities, this photograph – Grotto in Berg – is a soaring example of Ponting’s ability to describe landscape. Ponting chose to use a glass-plate camera in order to properly document the sublime Antarctic landscape, and although extremely cumbersome, the equipment produced incredible results. The present photograph sees the Terra Nova perfectly framed by an opening in a glacier. Ponting’s use of framing radically juxtaposes foreground and background, the glistening grotto seems superimposed above the Antarctic landscape in the background. The use of this unusual perspective lends the photograph a majestic quality, revelling in the grandeur of the natural landscape.

In this particular print, green-toned carbon works to evoke Ponting’s process at the moment at which the photograph was taken. Writing in The Great White South: Or With Scott in the Antarctic (1921), Ponting describes his discovery of the cavern:

From outside, the interior appeared quite white and colourless, but, once inside, it was a lovely symphony of blue and green. I found that the colouring of the grotto changed with the position of the Sun; thus, sometimes green would predominate, then blue, and then again it was a delicate lilac.

When Ponting returned to England from Antarctica in late 1912, he immediately set about organising an exhibition, with the intended purpose of raising funds for repaying the expedition’s debt and to support Scott’s future expeditions. However, when news of Scott’s death reached London in 1913 the emphasis shifted, and Ponting’s exhibition became less of a celebration and more of a memorial for the tragic, failed enterprise.

This photograph, Grotto in Berg, is a triumph of composition, elegance, and majesty given the context of both his cumbersome photographic equipment and the gruelling conditions in which he worked.

The exhibition was held at the Fine Art Society, London, in 1914, for which Ponting produced beautifully executed and unusually large prints for the period. In the century that has since passed, the British Antarctic Expedition has gone from a well-known British failure into a semi-mythical tale of British daring and courage in the face of adversity. Ponting’s photographs have become increasingly sought-after as a result. While it is possible to occasionally find his Fine Art Society prints for sale, it is rare to find them in good condition – most have been treated poorly over the intervening years.