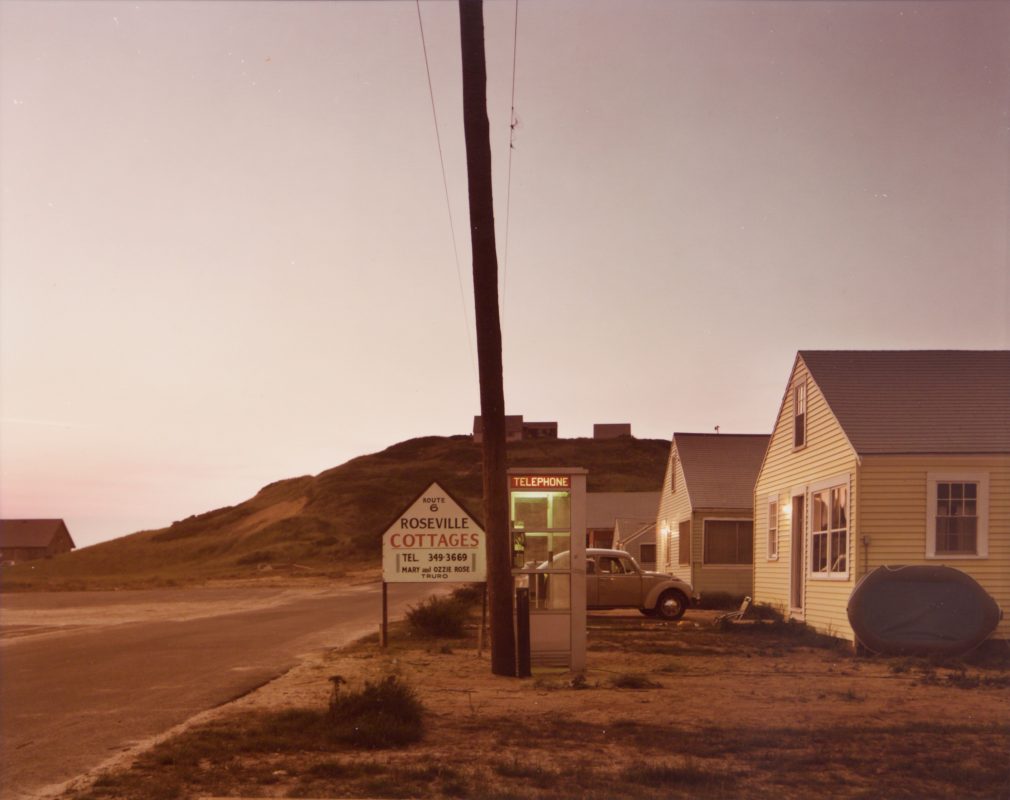 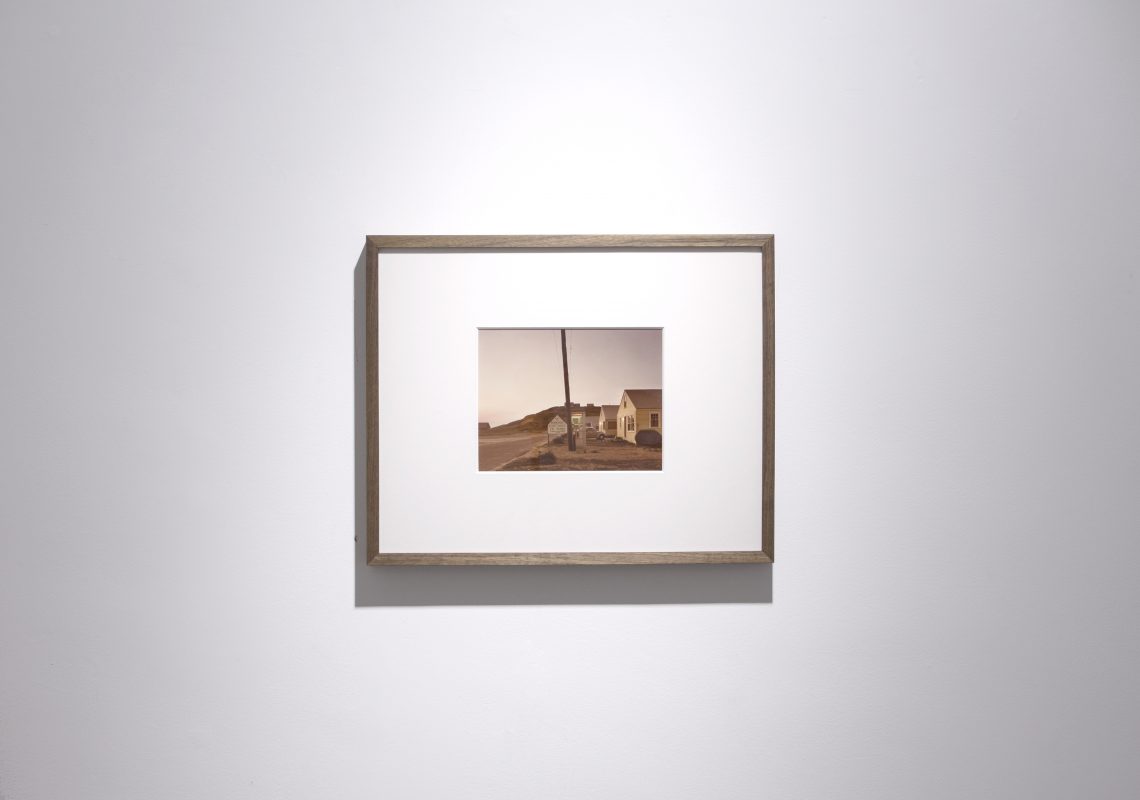 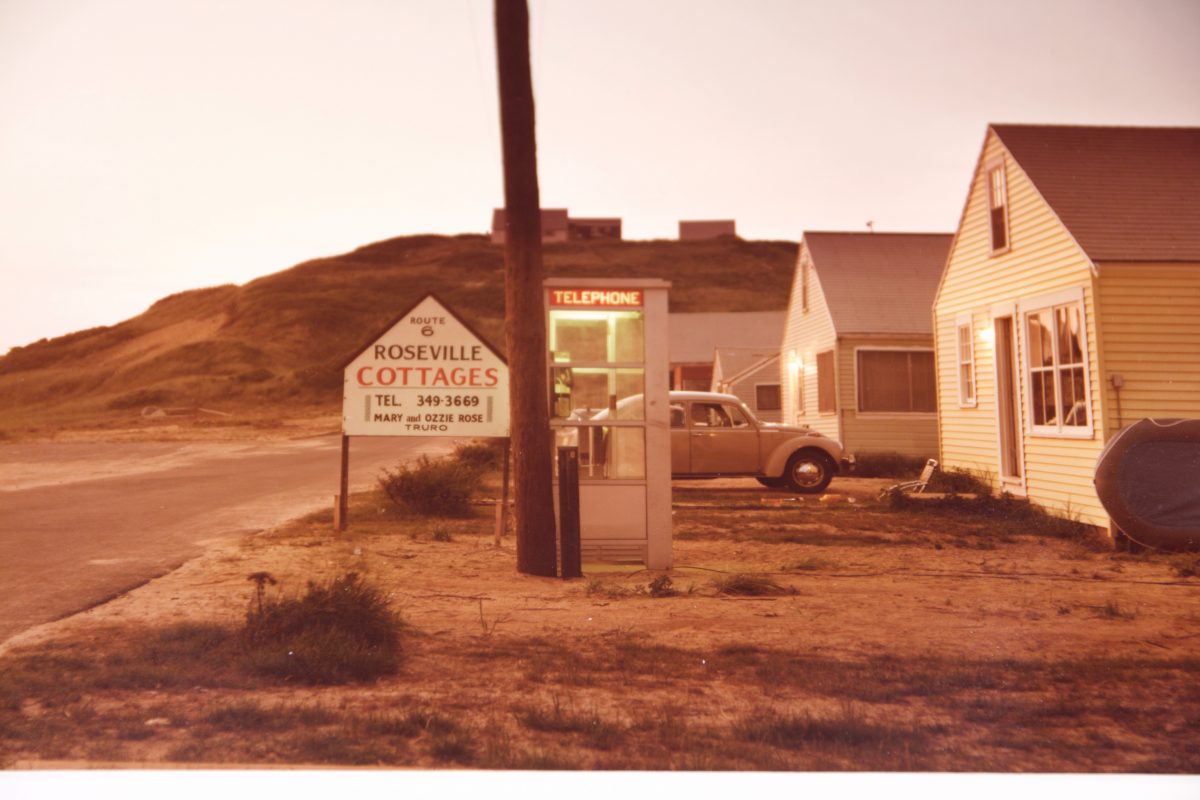 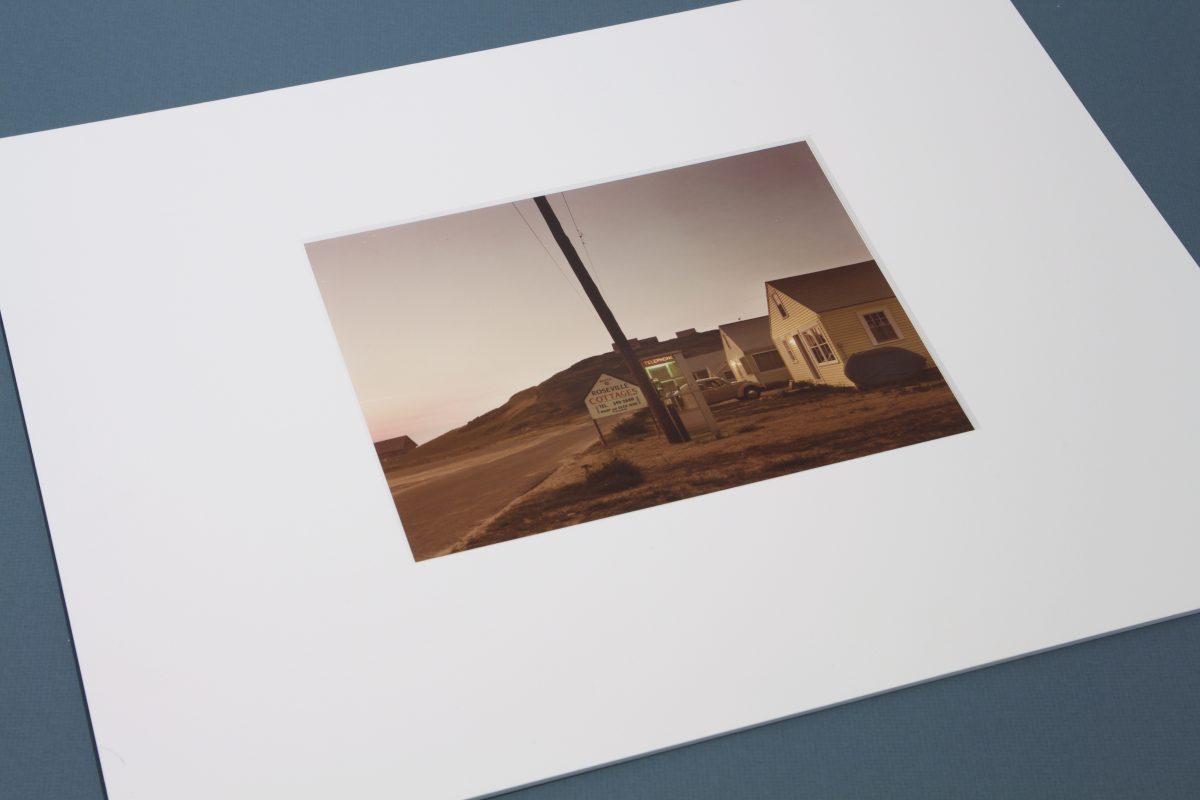 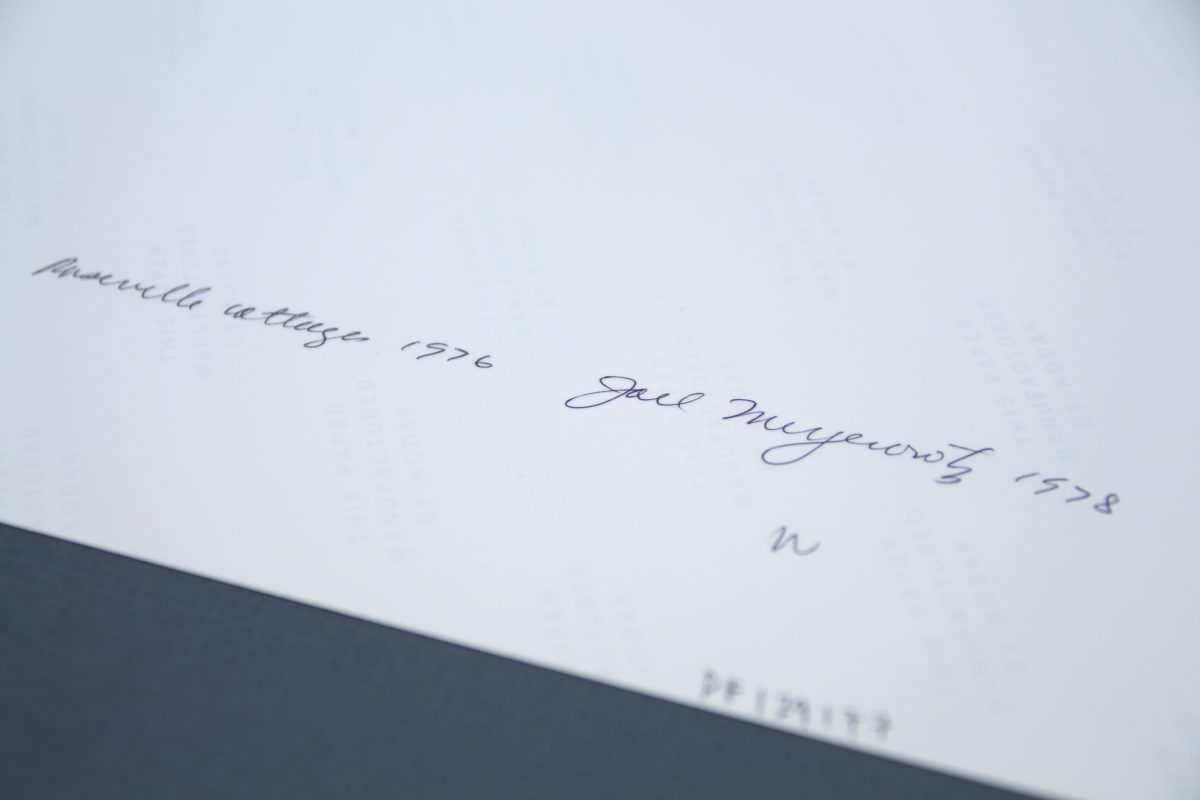 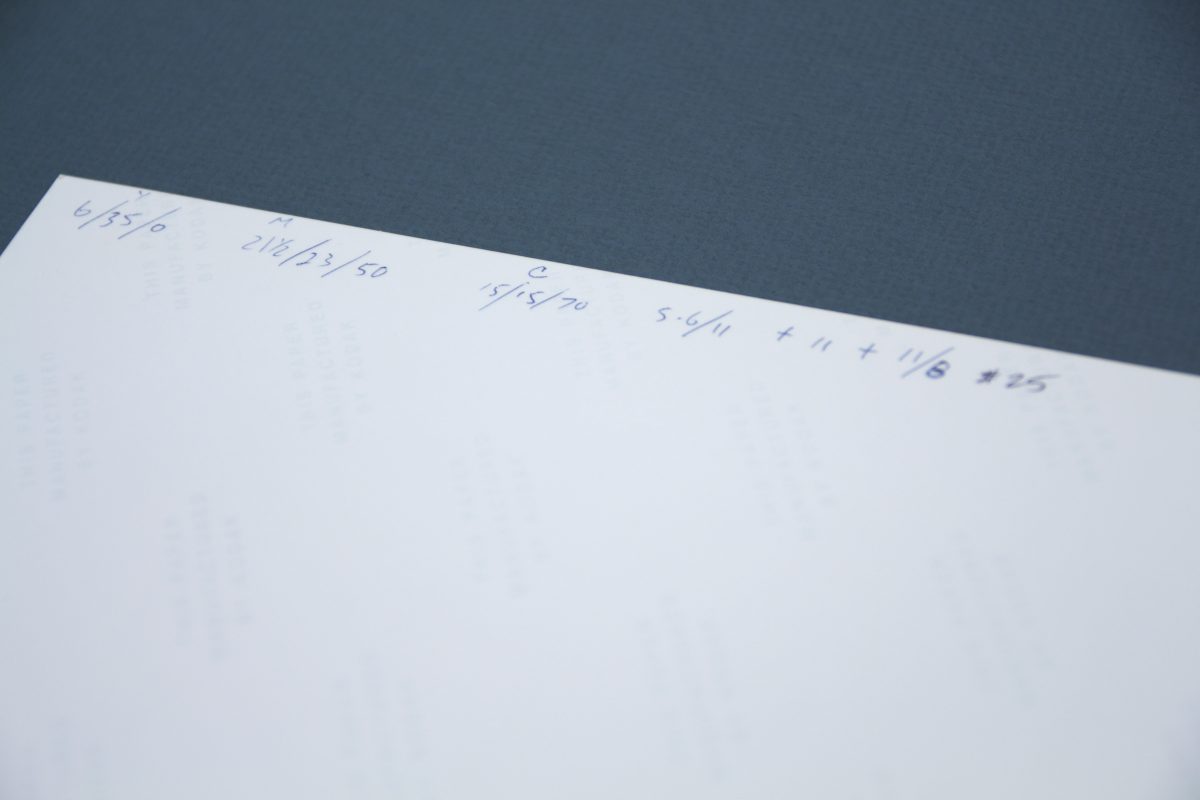 The series is most importantly a meditation on light and colour. The expansive skies and crystalline colours produced a new kind of photography – slow, contemplative and experiential. Roseville Cottages encapsulates the quiet tranquillity that Meyerowitz sought to invoke. Using the light of the natural landscape, Meyerowitz immerses the viewer within the landscape, transporting us into the image. The sky, which dominates the upper section of the image, as it fades from soft blue into a rose-pink sunset reflects back, warming the pastel-clad houses to the picture’s right. The effect is visceral as Meyerowitz revels in the camera’s unique ability and extraordinary replication of the effects and reflections of light. There is a romanticism to the photograph, as we feel pulled into it and embraced by its light and warmth. The stillness of the image is overpowering. It is an overwhelming sensation that Meyerowitz harnesses to express the beauty of the natural landscape.