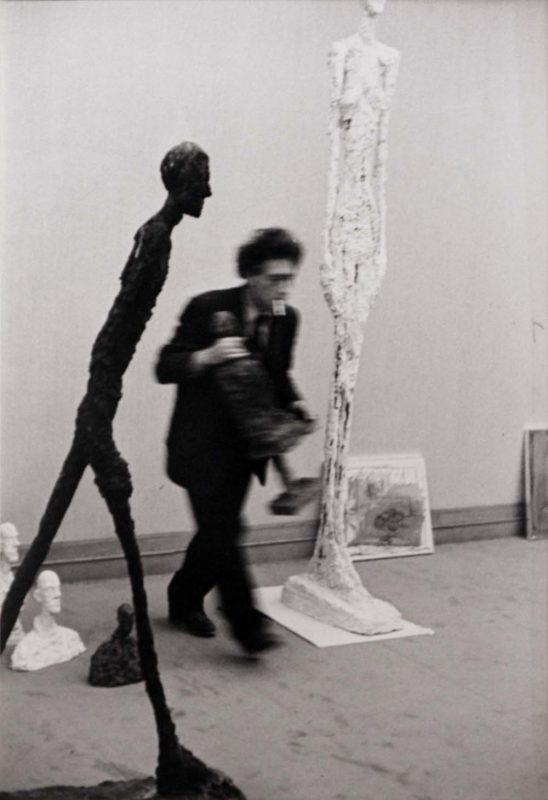 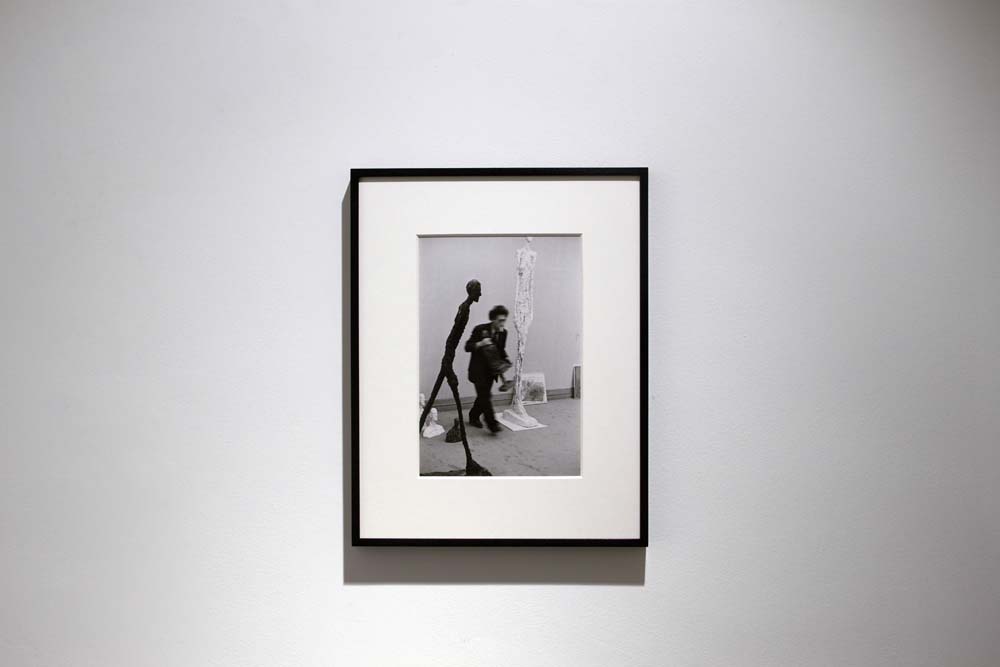 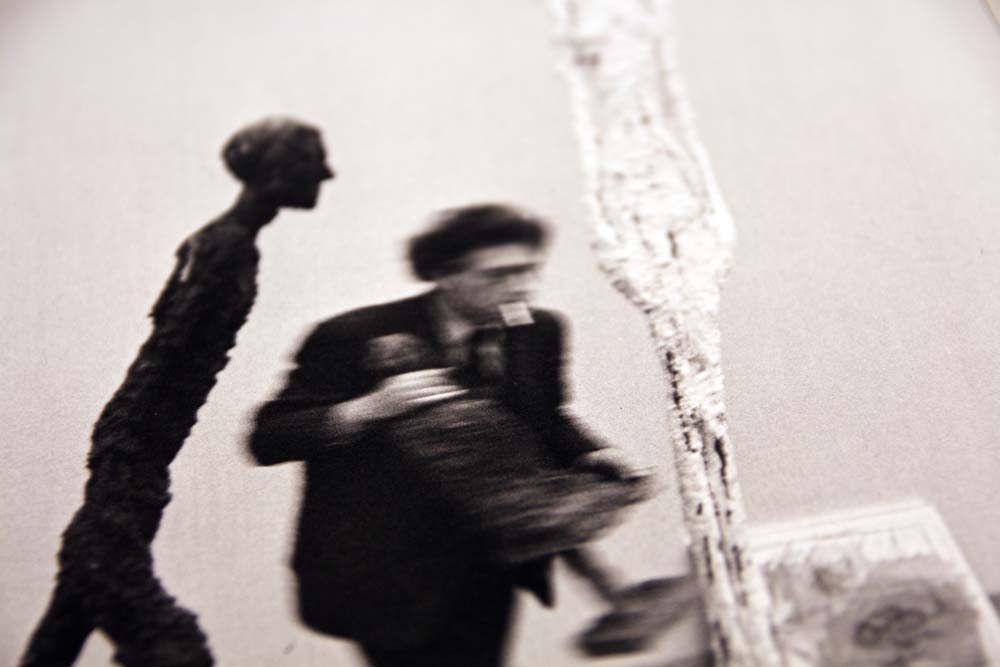 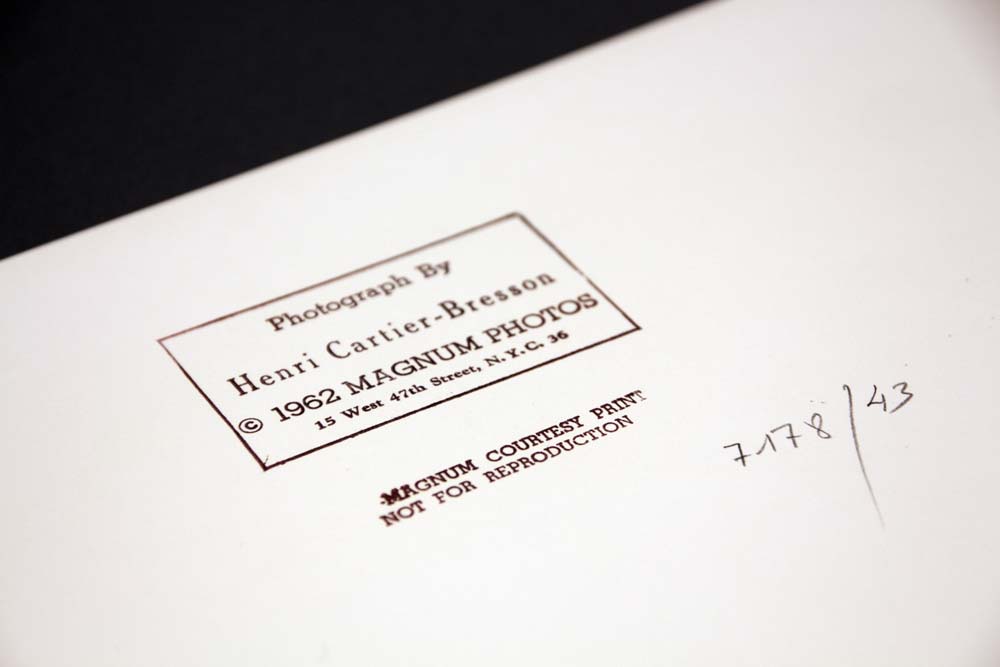 Henri Cartier-Bresson’s photography capitalises on everyday symmetries and balanced, geometrical compositions. As with most of Cartier-Bresson’s oeuvre, this portrait of artist Alberto Giacometti is not only formally composed, but is also symbolically charged. Giacometti’s obscured outline draws on the existentialist philosophy favoured by the artist and his contemporaries. Here, Giacometti’s hunched figure mirrors the elongated, pared-back forms of the sculptures that surround him. Cigarette dangling from his lips, Giacometti is captured clutching a sculpture in his hands, moving with purpose.

Cartier-Bresson and Giacometti were introduced at a café in Montparnasse, a favoured haunt of Surrealist heavyweights such as Max Ernst and André Breton, in 1938. The two enjoyed intellectual conversations together, and shared a passion for photography. Referring to Giacometti as ‘one of the most intelligent and lucid men [he knew]’, their friendship became well documented through Cartier-Bresson’s photography.

Much as Giacometti’s sculpture capitalises on the disjunct between movement and stillness, here, Cartier-Bresson’s photograph plays with temporality. Giacometti’s figure is perfectly mirrored by the sculpture to his left that steps into the frame of the picture with equal purpose to the artist. The blank wall behind him features paintings leaning expectantly. The scene before the camera is therefore one of liminality: finished art works in an unfinished interior.

This photograph documents not only Giacometti’s artistic practice, but also Cartier-Bresson’s ‘decisive moment’ style. It also documents the coming together of two of the greatest names in twentieth-century art.

Cartier-Bresson used a Leica camera, enabling him to shoot small format reportage photography quickly and easily. He considered the camera the ‘extension of [his] eye’. In his book, The Decisive Moment (1952), Cartier-Bresson argues that photography should be fundamentally autobiographical: the photographer should coordinate ‘the brain, the eye [and] the heart’. He credited authenticity as a fundamental quality of good photography. As such, this photograph documents not only Giacometti’s artistic practice, but also Cartier-Bresson’s ‘decisive moment’ style. It also documents the coming together of two of the greatest names in twentieth-century art.

The present print was made in 1962, a year after the photograph was taken. The majority of the collector’s market for Cartier-Bresson’s work consists of his later collector’s prints, and so the fact that this print is both vintage and in good condition makes it especially compelling as an object.