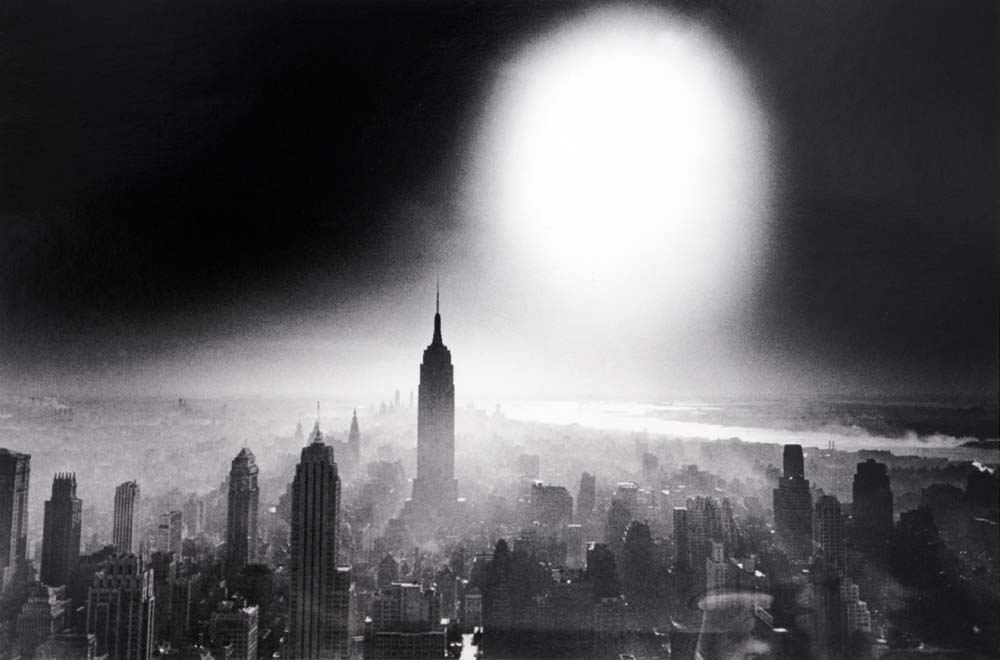 Signed, dated and titled on reverse 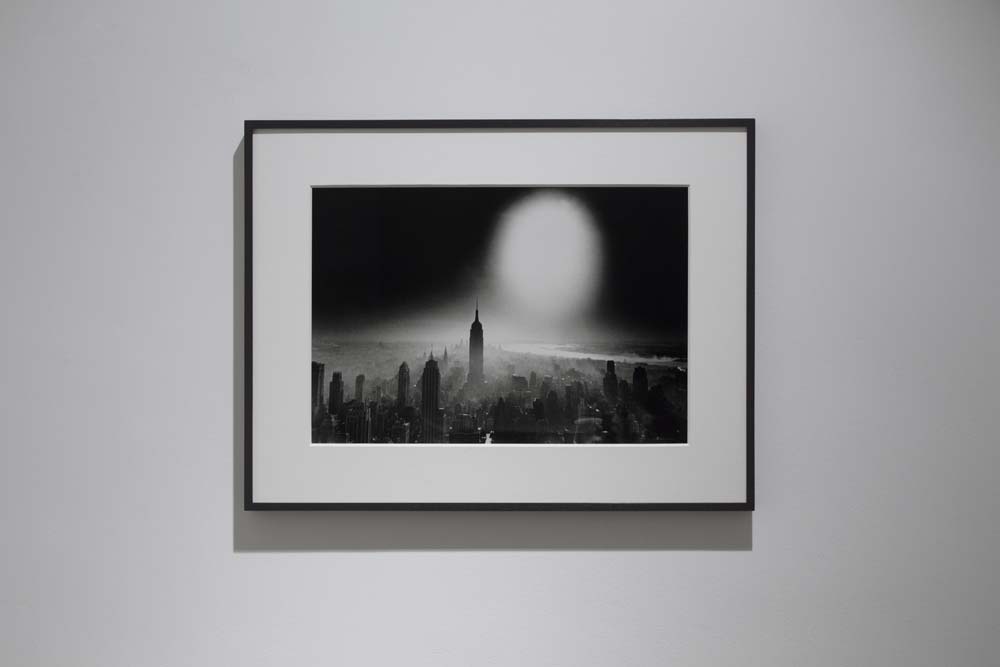 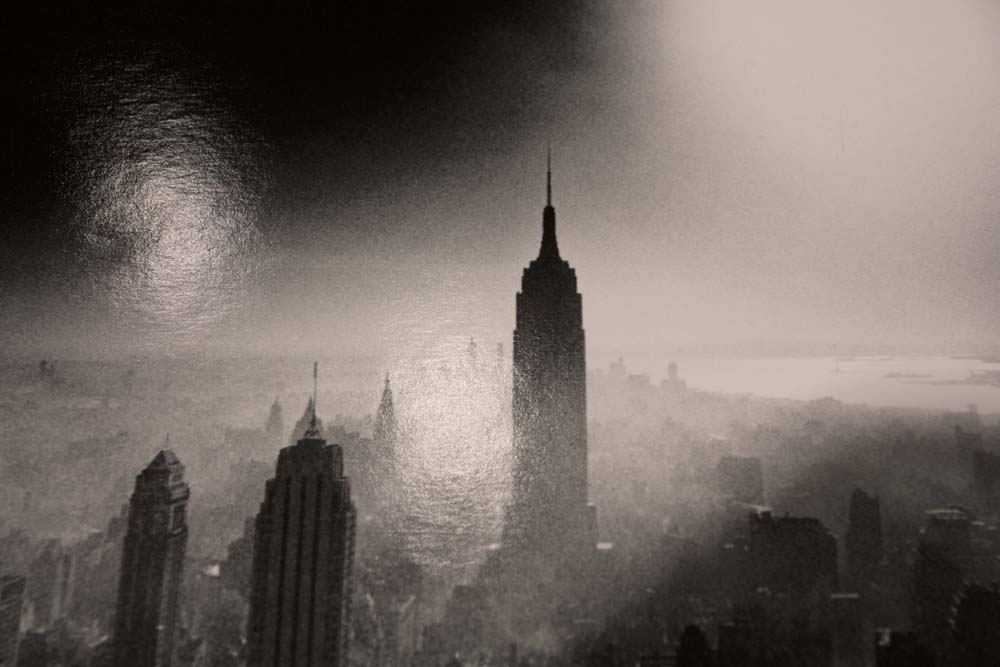 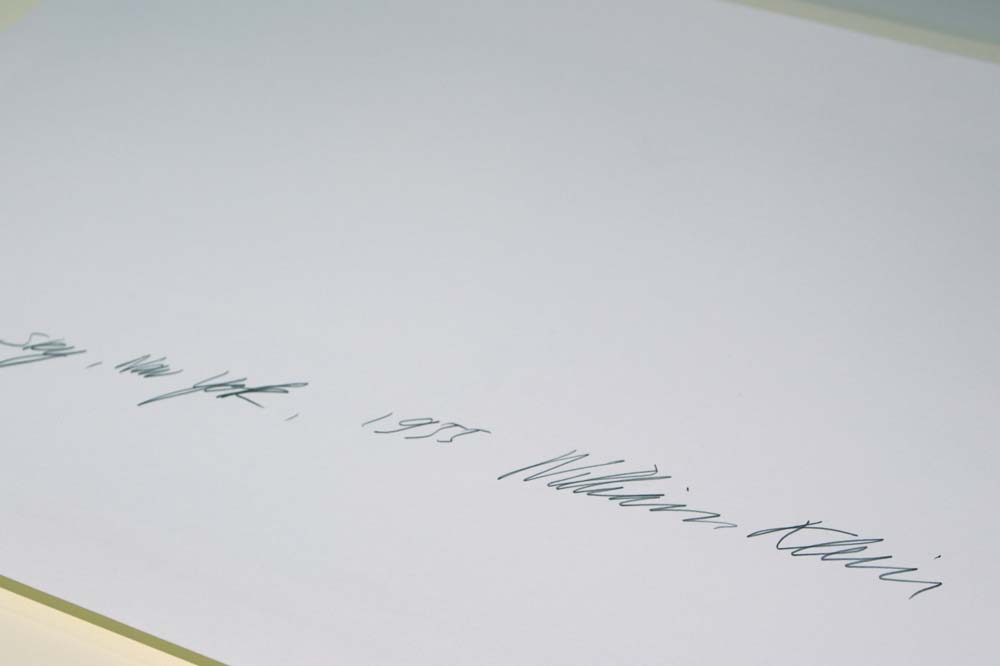 William Klein is a photographer renowned for his revolutionary street and fashion photography, celebrated for his heavy use of wide-angle telephoto lenses, natural lighting, and motion blur. In the 1950s and 1960s, he paid homage to European experimentalism while pioneering a new, American style of street photography.

Klein studied painting in Paris under avant-garde artist, Fernand Léger, and returned to his native New York City in 1954 with an anarchic energy and outsider’s eye. Klein pioneered new ways of taking, processing and presenting photographs. His first photobook Life is Good & Good for you in New York, published in 1956, incited outrage for his radical reframing of squalor as something worthy of documentary photography.

In Atom Bomb Sky, however, the sordid urban centre is ameliorated through Klein’s use of the bird’s eye perspective. Pictured from above, New York City is at once an image of spectacle, abundance, and majesty, yet can also be read as an image of vertigo and threat. The Hudson river vanishes into the middle distance while the Empire State Building stands triumphant, in conversation with a stately, bleak sun. An ominous mist descends over the city, its source made ambiguous through Klein’s framing. Here, Atom Bomb Sky capitalises on the illusion of disaster. Taken and published in 1955, at the height of the Cold War, Klein’s choice of title gains political significance, creating a dystopic, eerie image of would-be disaster.

Pictured from above, New York City is at once an image of spectacle, abundance, and majesty, yet can also be read as an image of vertigo and threat.

Atom Bomb Sky is one of Klein’s most memorable and powerful pictures, capturing the energy and tensions of modern urban life. The present print is a signed collector’s print in the 16 x 20 inch size.