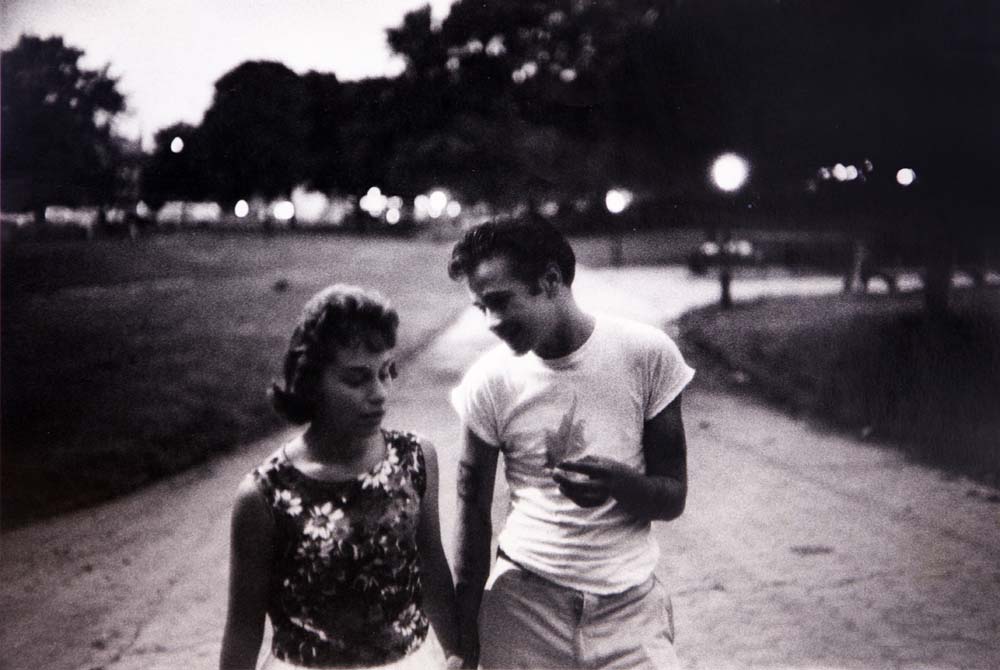 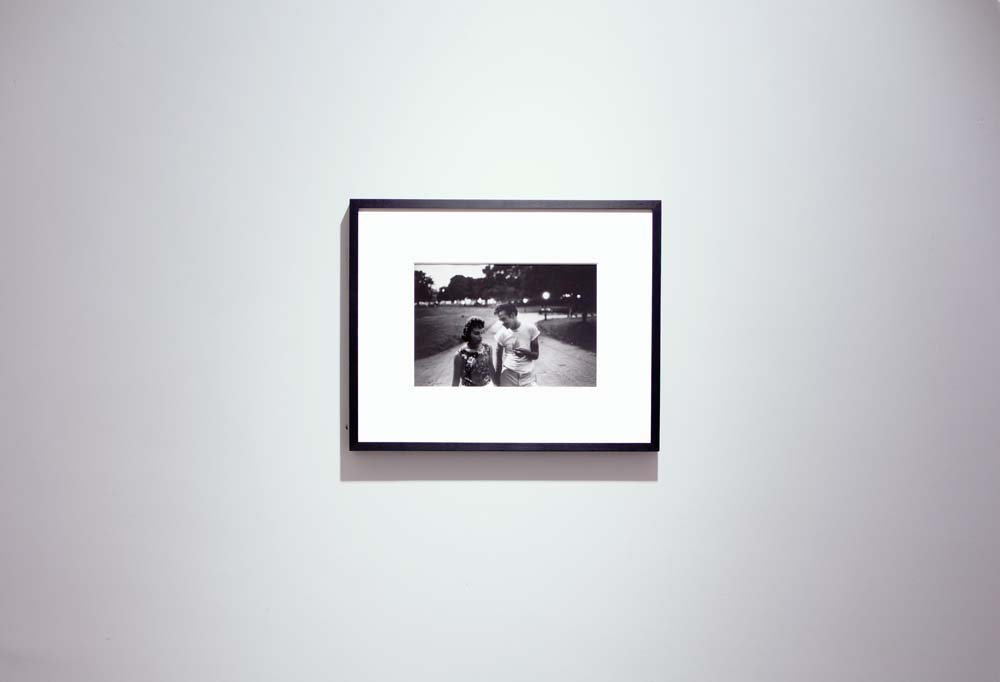 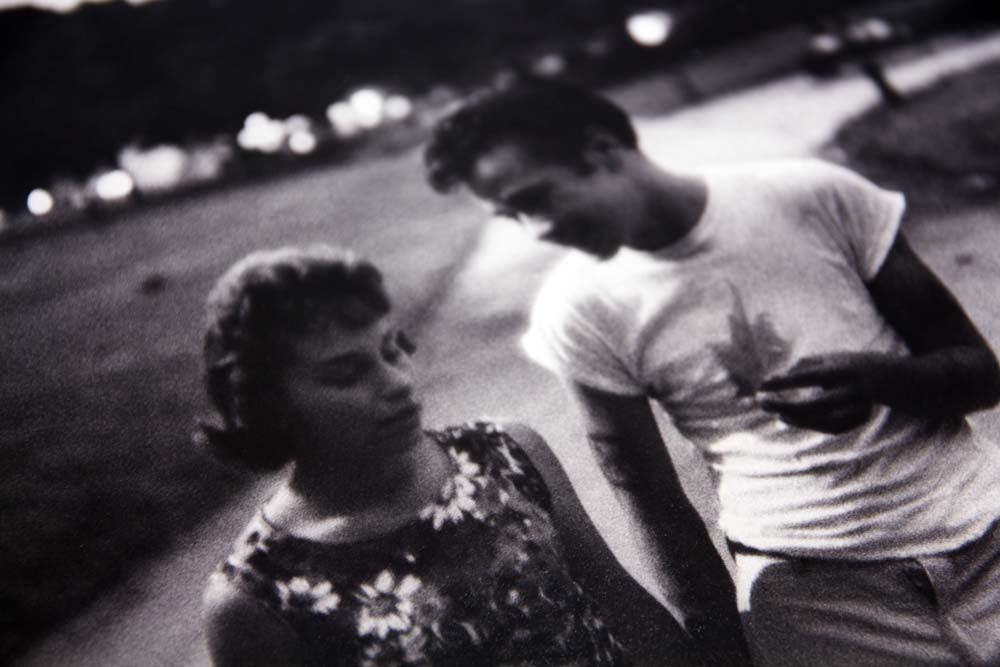 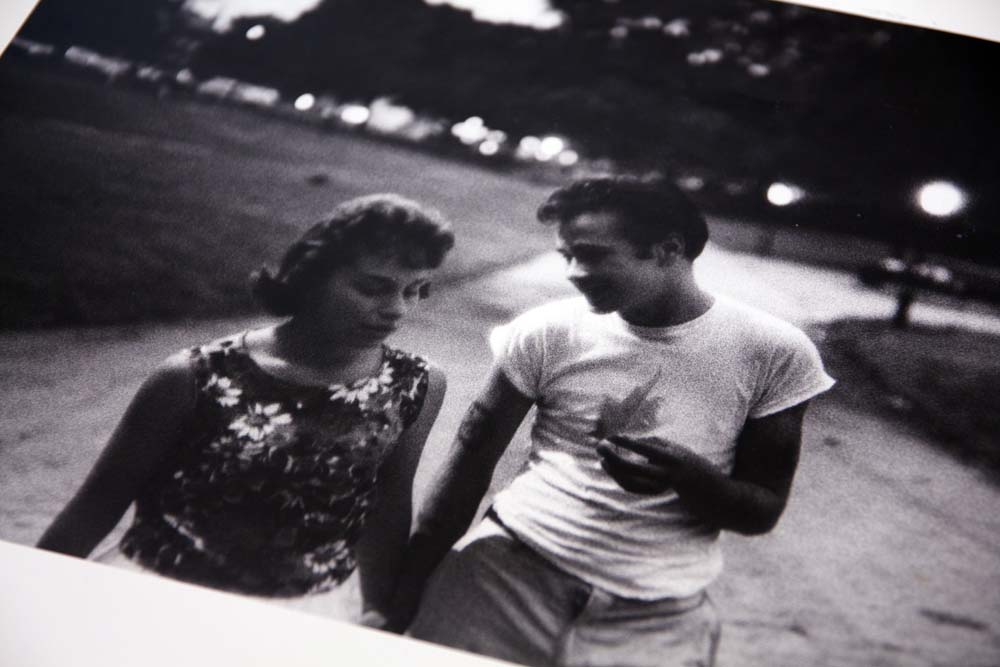 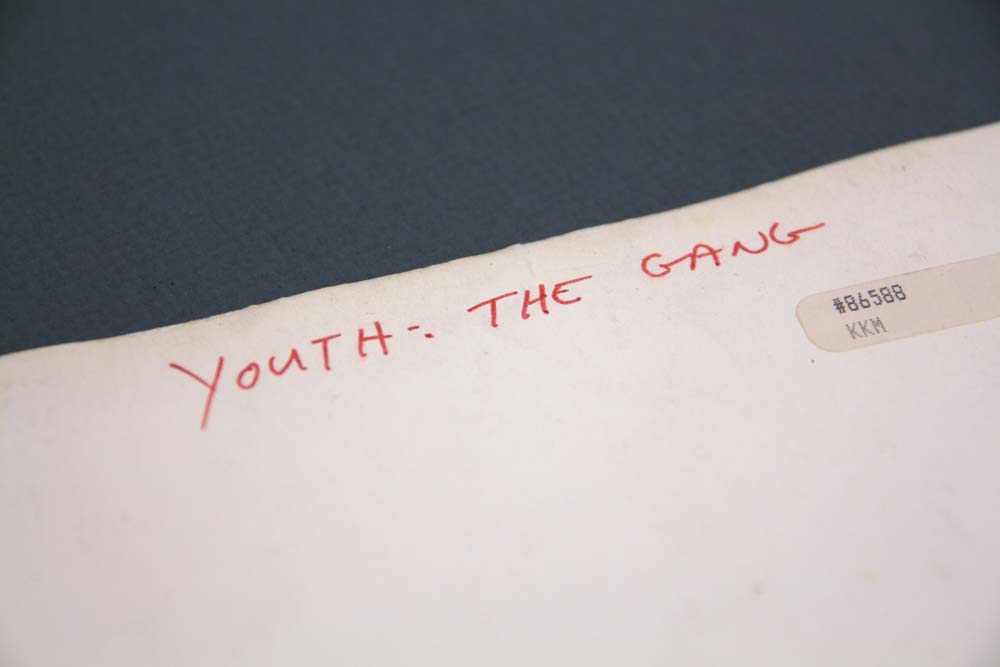 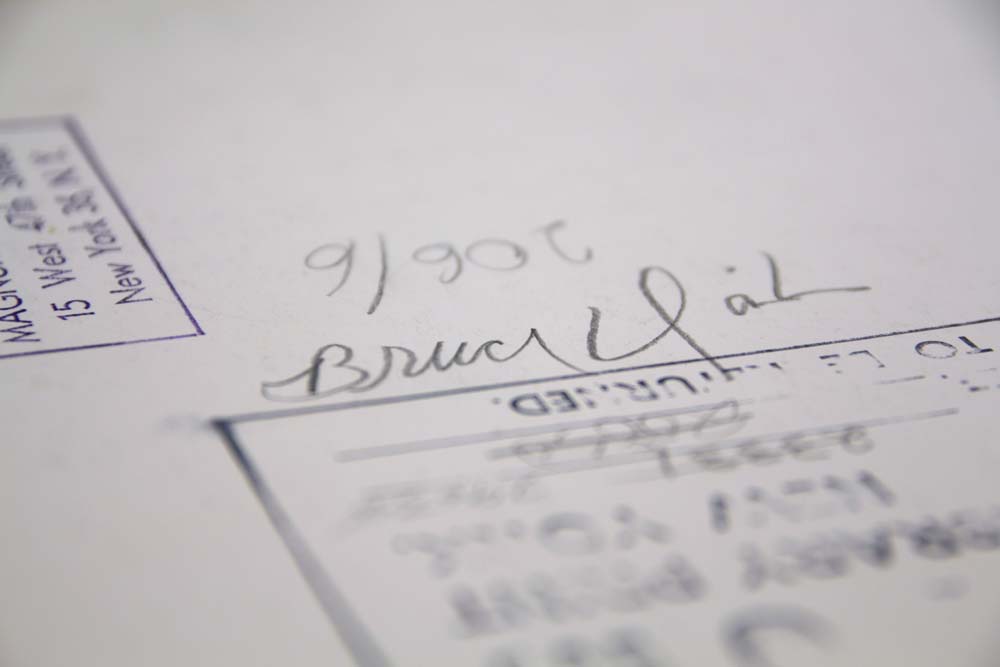 Bruce Davidson is one of the most acclaimed photographers of the twentieth century, celebrated for his in-depth explorations of his subjects and as a pioneer of photojournalism. A long-time member of Magnum Photos, his numerous photo-essays have become some of the most important bodies of work in the history of the medium.

Davidson began his series Brooklyn Gang, from which this photograph is taken, in 1959, aged just 25. Having read a newspaper article describing the outbreak of fighting by gang members in Brooklyn’s Prospect Park, Davidson sought to photograph one such group. He first made contact with members of a gang that called themselves ‘The Jokers’ through a social worker and subsequently spent several months photographing them around their Brooklyn turf, at dances in Prospect Park and drinking beer at Coney Island.

The series has become an enduring record of post-war youth culture in America. There is a palpable sense of time and place inherent in these images, emphasised by the subjects’ rolled-up t-shirt sleeves and slicked back quiffs. Yet it is also an intimate and enduring record of a group of young men and women and their journey from adolescence to adulthood and of a childhood that was lost too soon. This image captures a couple walking through Prospect Park at dusk and reflects the nuanced tensions in the transition between childlike exuberance and the performance of maturity and prescribed adulthood that the subjects sought to assert.

The series has become an enduring record of post-war youth culture in America.

Davidson’s subjects allowed him to witness their vulnerabilities, their feelings of fear and anger, and in so doing Davidson has stated that he uncovered his own feelings of frustration and rage. The gang members, predominantly from working-class Italian-Catholic backgrounds, came from families who had been left behind by the economic development and prosperity of the post-war period. The personal histories of each gang member include the common denominators of neglect and abuse by their families, their schools and their church. Rather than finding the fighting which he had read about in the newspaper, Davidson documented how ‘The Jokers’ built a community for themselves that had been denied to them elsewhere and, in doing so, created a hopefulness for his subjects that they had otherwise lost.

The present print is vintage, made during the same period as the photograph. It was originally made as a publicity print for use by Magnum Photos, and comes directly from the photographer’s own archive.