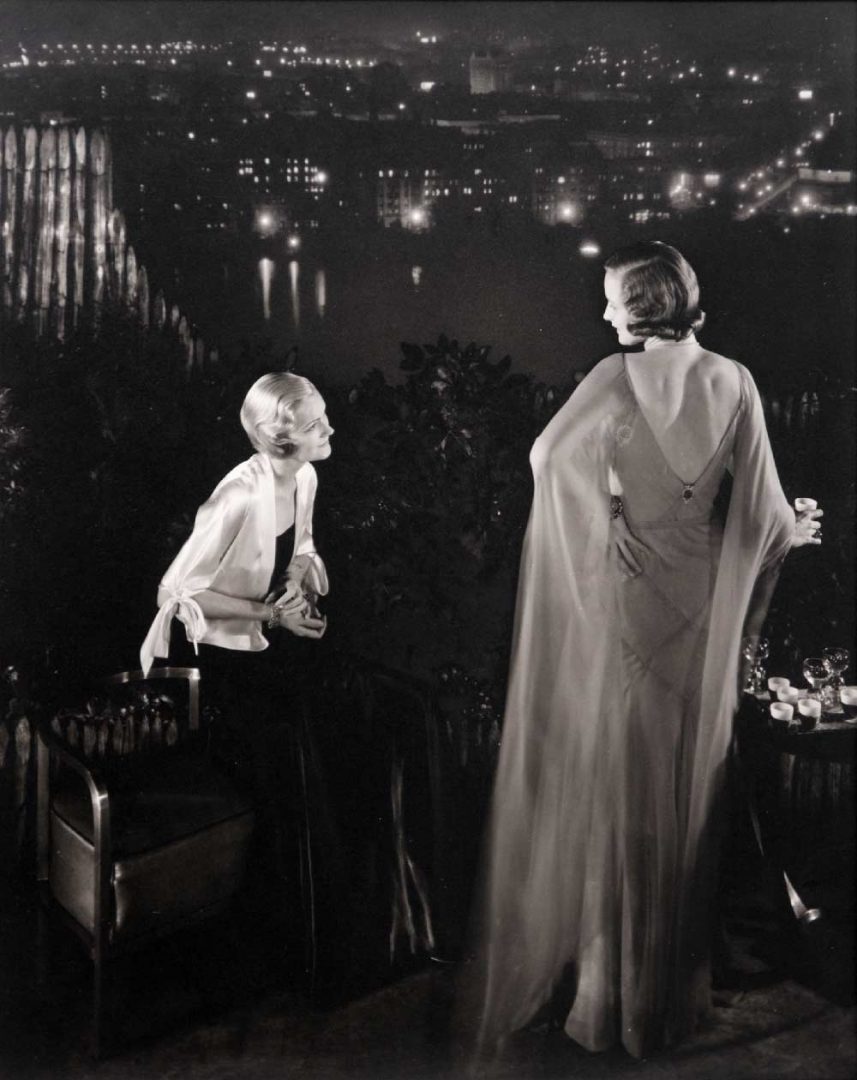 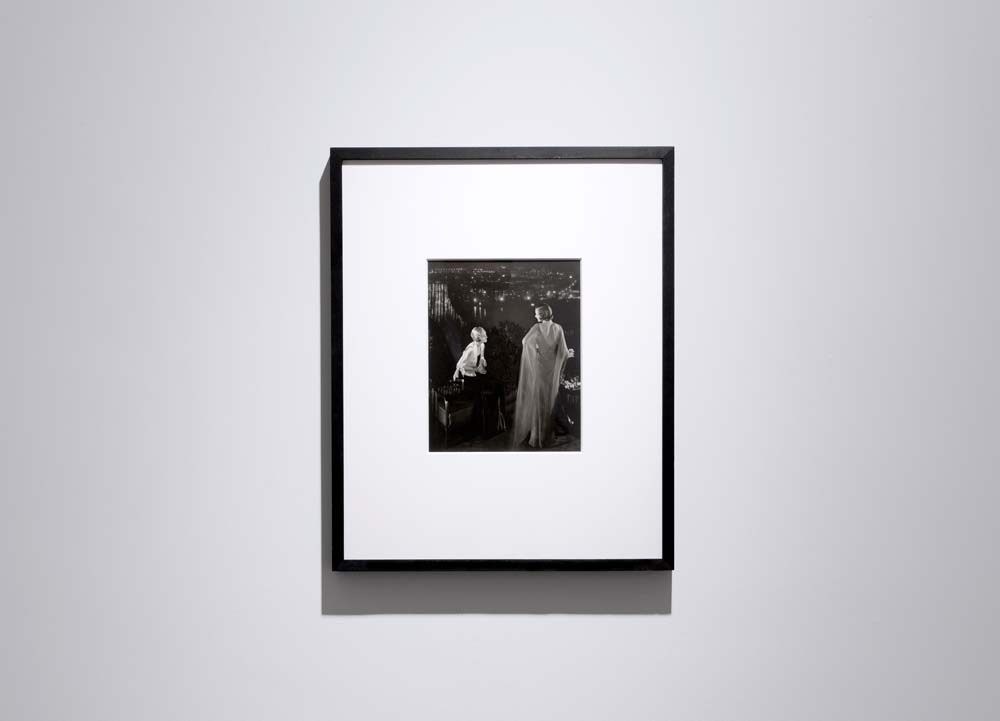 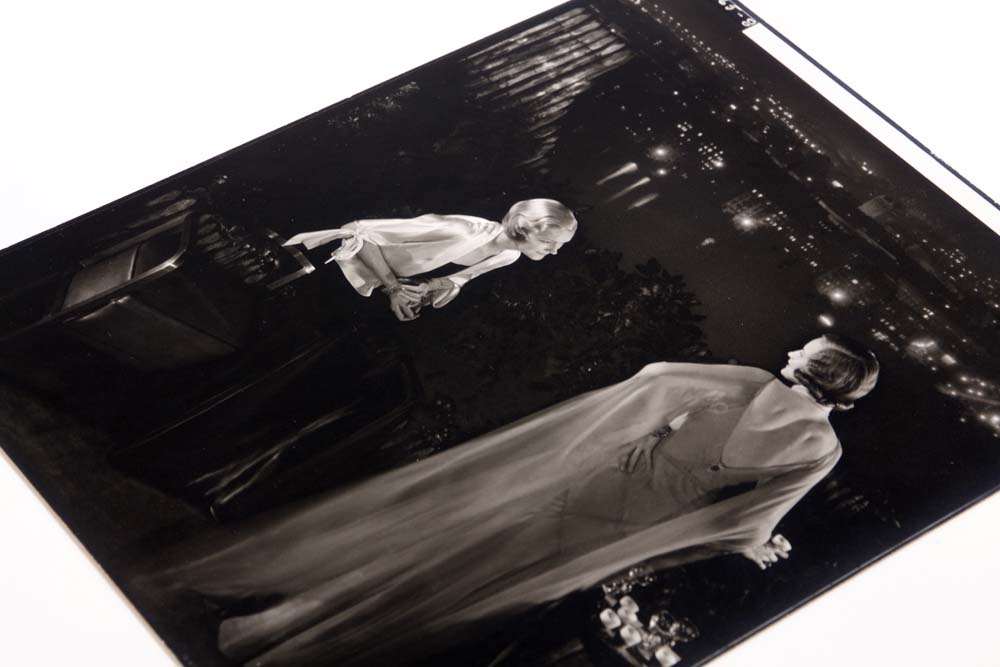 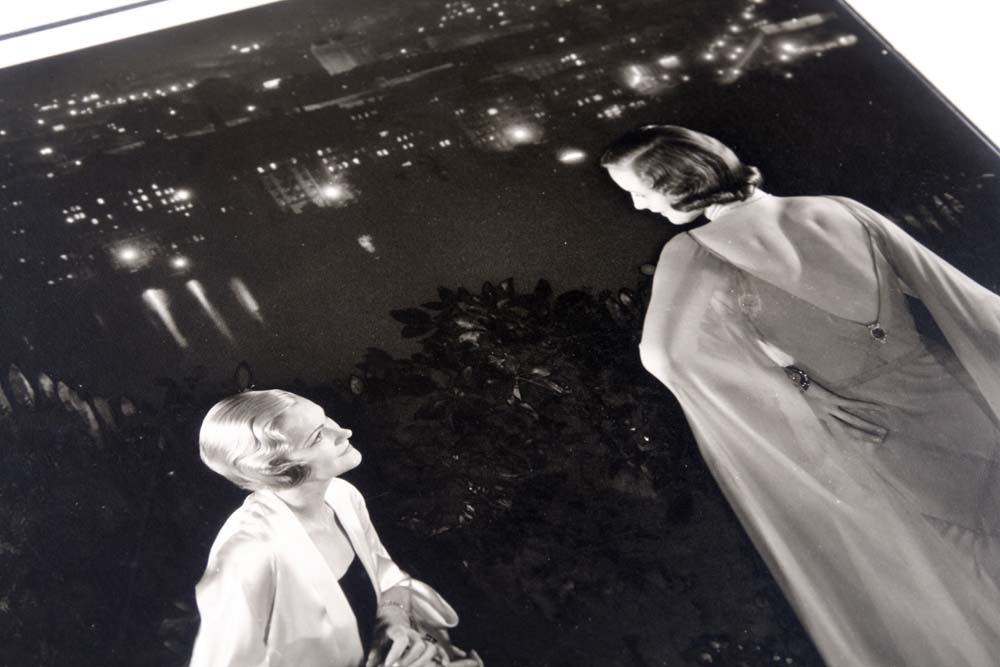 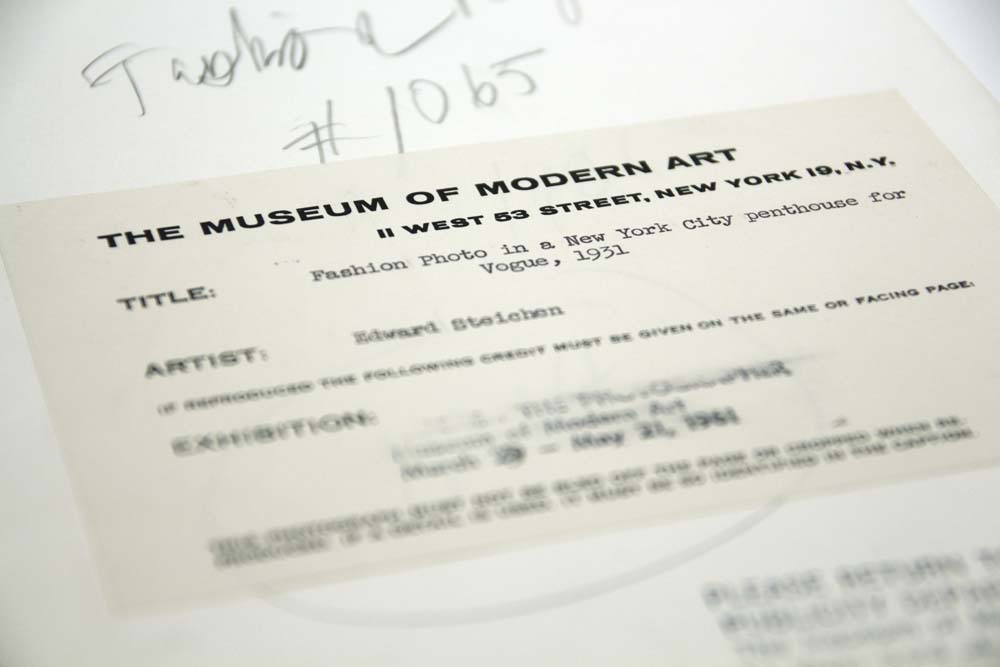 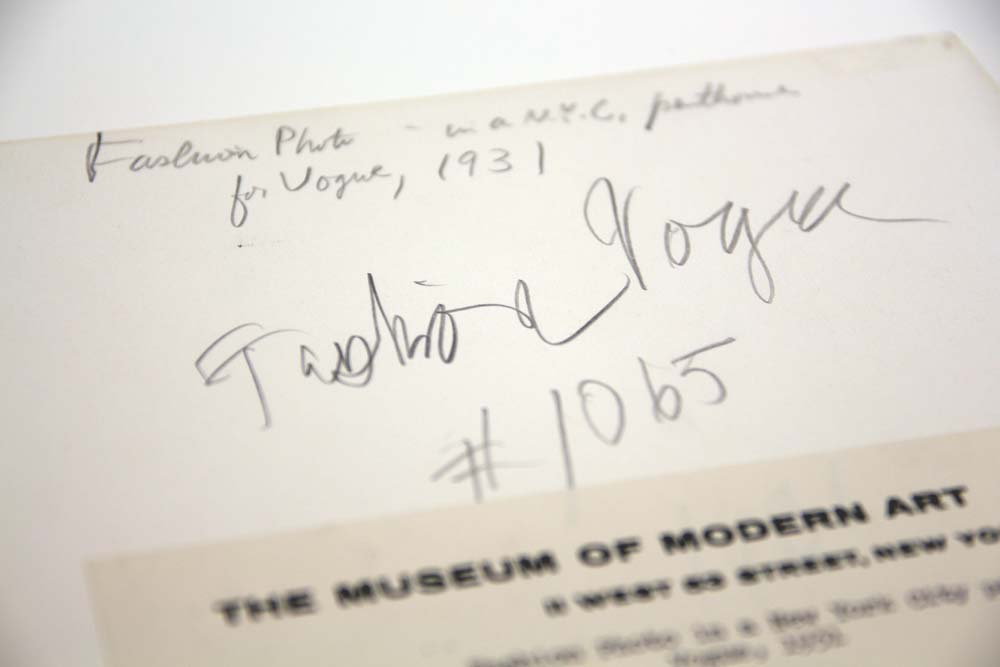 Edward Steichen was one of the twentieth century’s most dynamic and significant photographic figures. Beginning as a key member of the Pictorialist movement and the Photo-Secession in the early 1900s, he moved on to become an innovator in both Modernism and fashion photography. Steichen would also go on to become Captain of a Naval aerial photography division in the Second World War, as well as the first Director of the department of photography at the Museum of Modern Art, New York.

In 1923, Steichen became the chief photographer at Condé Nast Publications. For the subsequent 15 years, Steichen produced numerous fashion and celebrity portraits for both Vogue and Vanity Fair. In this photograph, published in Vogue, Steichen’s Pictorialist roots remain evident in the print’s tonal richness and the softness of New York City’s lights twinkling in the backdrop. Though Steichen did not invent fashion photography, the images he produced in his years at Condé Nast are often cited as templates for modern fashion photography. His compositions always highlighted the model and their dress, using the background and elaborate sets to enhance the glamour and elegance of the works. Steichen’s technical capabilities, and mastery of light in particular, revolutionised fashion photography. His photographs reflected the ease of movement and delicacy of the garments that dominated the designs and styles of 1920s and 30s fashions.

This particular photograph was included in Steichen’s solo exhibition at the Museum of Modern Art, New York in 1961, Steichen: The Photographer. Held just one year before the end of his tenure as Director of the Photography Department at the museum, the exhibition celebrated his career to date and his contribution to the development of the medium. In the fifteen years Steichen held the position at the Museum of Modern Art, he championed photography with a utopian view of the medium’s ability to express universal human experiences.

During his time there, he not only expanded the museums photography collection but also staged numerous ground-breaking exhibitions, most notably The Family of Man, which remains the most visited photography exhibition of all time.

The present print was made during the same time as the negative. It is in exceptional condition, with strong tone and satisfying contrast. The print was exhibited at, and subsequently owned by, New York’s Museum of Modern Art.