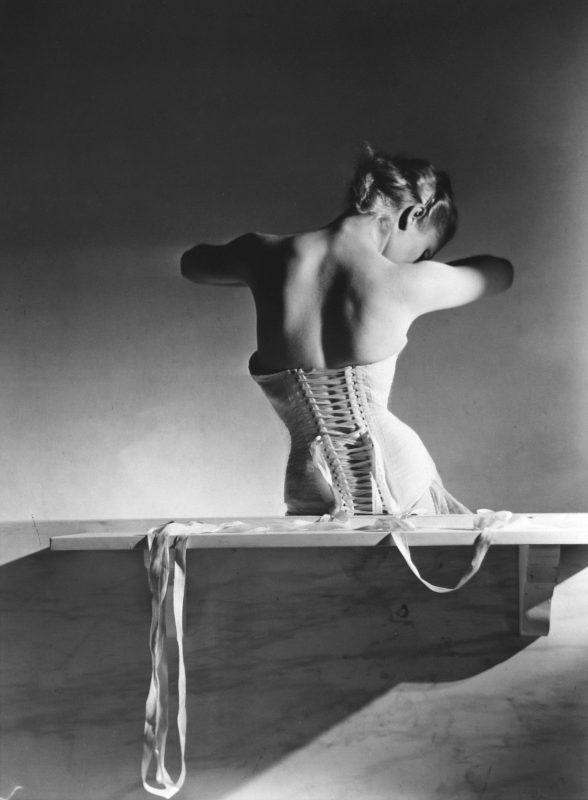 Signed; signed and numbered 35/50 on the reverse

From an edition of 50 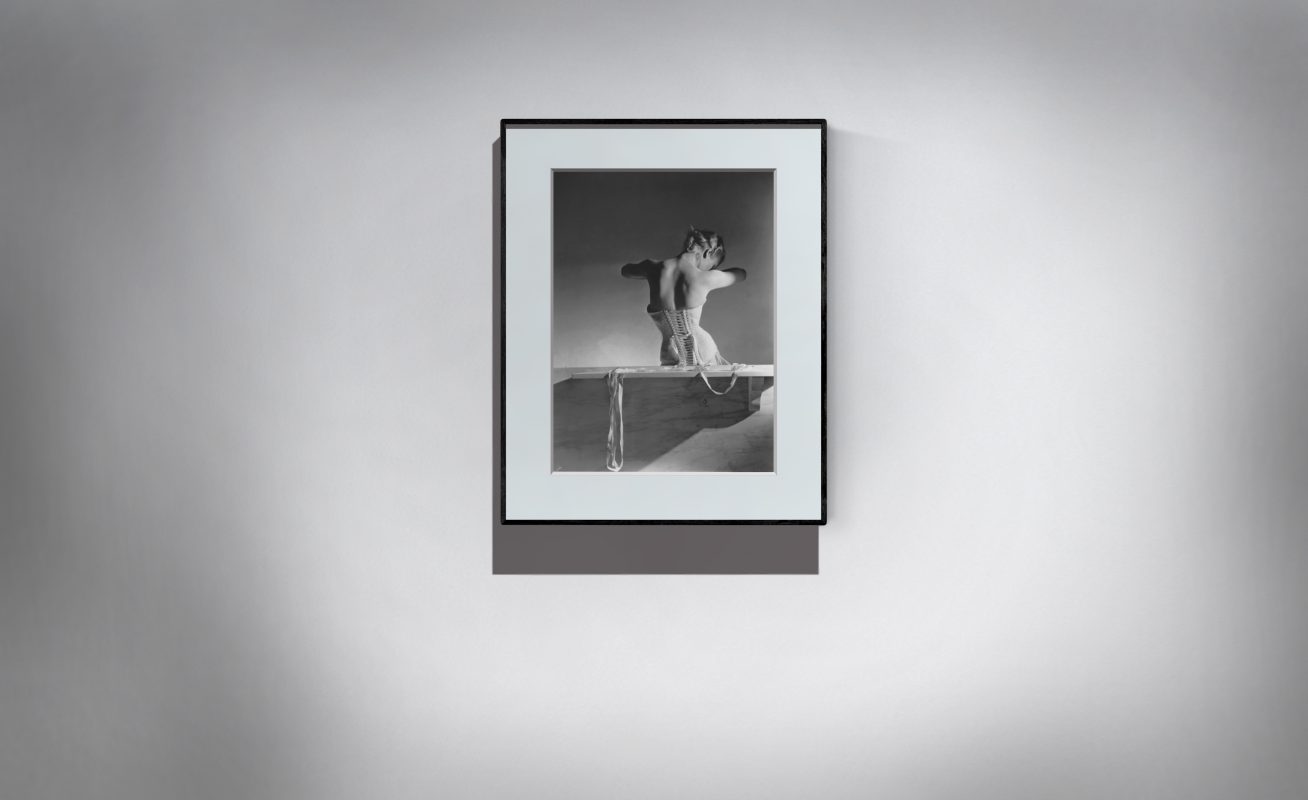 Horst P Horst produced some of the most iconic fashion images ever created, and Mainbocher Corset is his most celebrated photograph. It has become one of the most recognisable fashion photographs of the twentieth century.

The photograph delivers a further layer sophistication to the traditional fashion photograph, by using the motif of the nude model’s back, referencing several Parisian art historical precedents including Ingres’ nudes and Man Ray’s Le Violin d’Ingres of 1924.

In 1939, when Horst composed this photograph, Parisian lingerie was considered highly desirable and the corset had come back into fashion after a period of unpopularity. However, as an item of clothing it came laden with obvious sexual connotations, which brought Horst’s picture a certain notoriety. The original negative showed the left hand side of the corset hanging away from the model’s side. This was considered too risqué for publication and so the negative was retouched to look like the corset fitted snuggly onto the model’s body.

The photograph delivers a further layer sophistication to the traditional fashion photograph, by using the motif of the nude model’s back, referencing several Parisian art historical precedents

The picture is not only emblematic of a key period in fashion, but also marks the end of an era – both for Horst and for his native Europe. Horst had been working in Paris as a principal photographer for French Vogue since the early 1930s, but by the summer of 1939 the Nazi threat had grown to such an extent that he felt compelled to leave Paris for New York. Taken in the studios of French Vogue, this picture was taken the very evening that he left, he later stated: “It was created by emotion…It was the last photo I took in Paris before the war. I left the studio at 4.00 a.m., went back to the house, picked up my bags and caught the 7.00 a.m. train to Le Havre to board the Normandie. The photograph is peculiar for me. While I was taking it, I was thinking of all that I was leaving behind.”

The photograph therefore not only marks the end of a key period in Horst’s early career, but also marks the end of a golden age for Paris as a centre of culture and fashion. The world of Picasso, Man Ray, Hemingway and Coco Chanel was about to be overshadowed by much darker times, and the avant-garde moved across the Atlantic to the haven of New York.