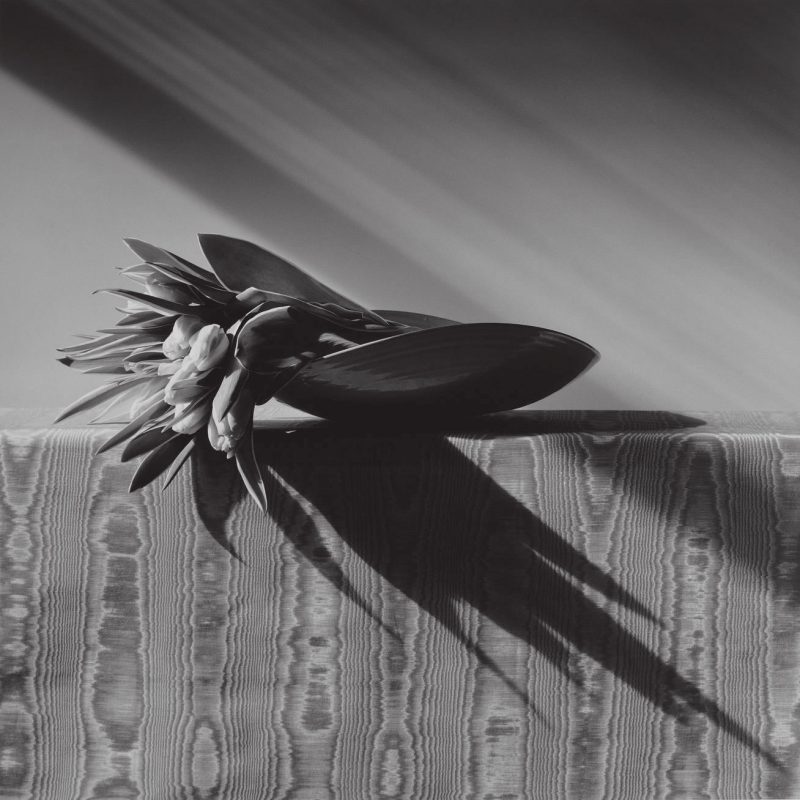 Stamped with estate stamp on reverse 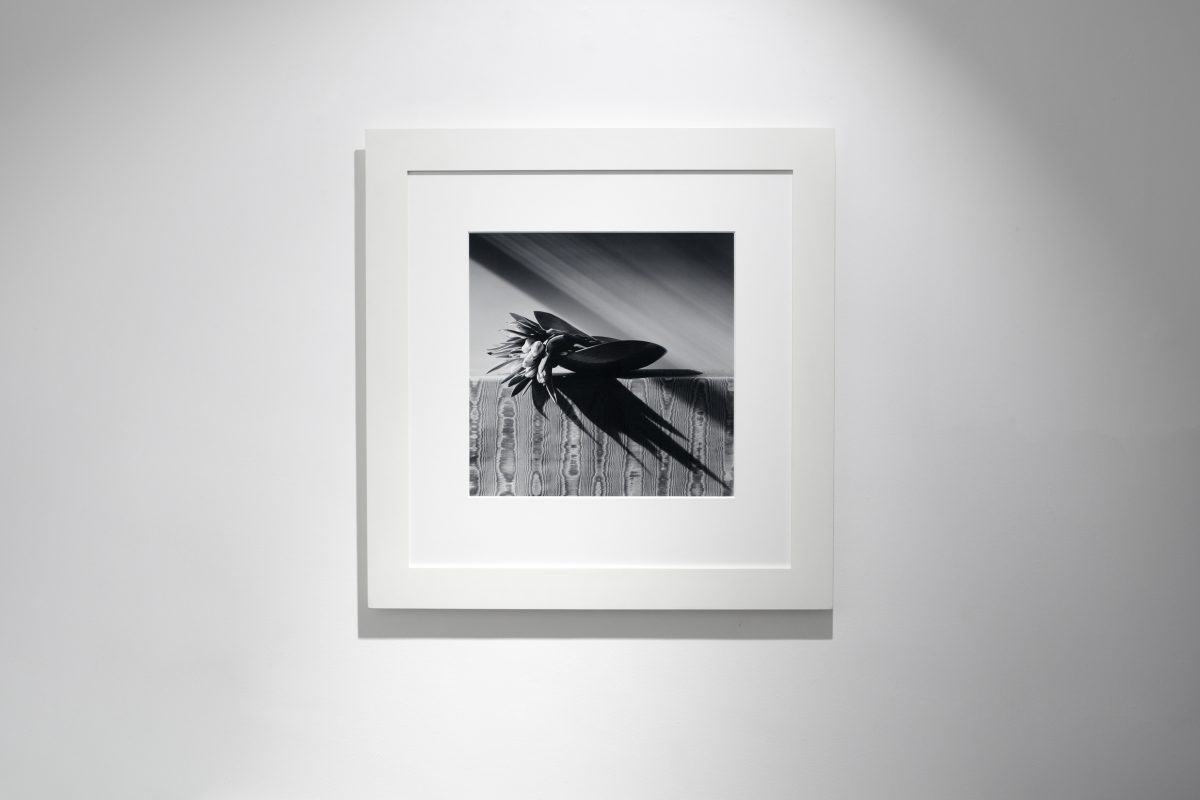 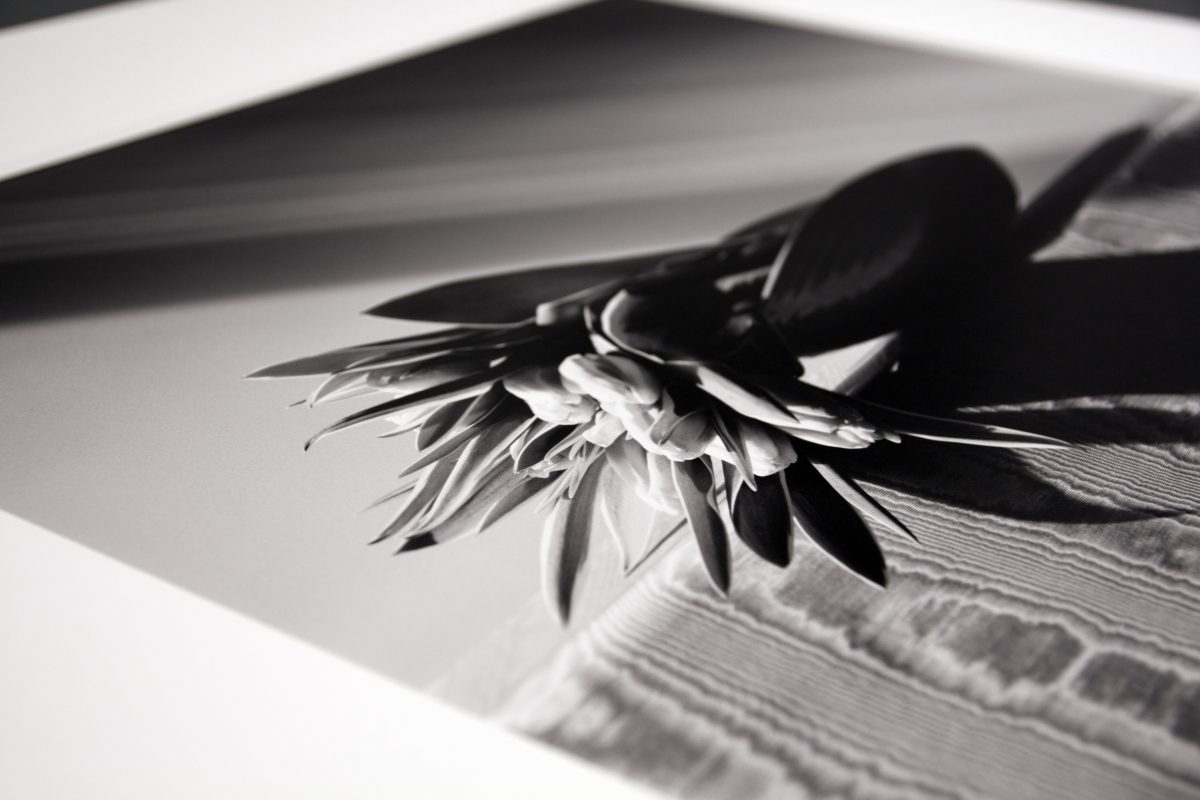 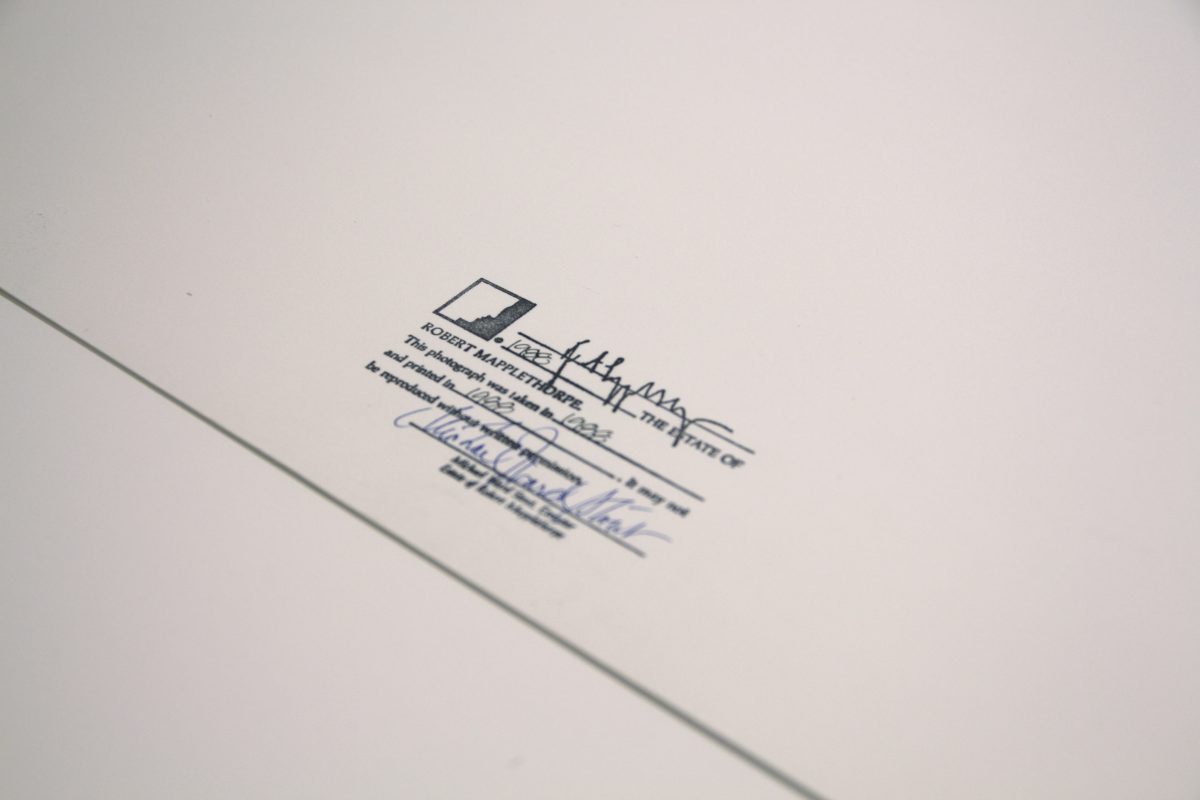 At the time of his death in 1989, aged 42, Robert Mapplethorpe had become one of the most renowned artists of the era, and was hailed as the greatest studio photographer of his generation.

Mapplethorpe was particularly admired for his formalist studies of flowers, the earliest of which date from 1973. This was shortly after he was first given a Polaroid camera, with which he began experimenting in order to make studies for the composition of his larger works. By 1977, he had begun to use a Hasselblad camera, with which he produced his trademark square-format black and white photographs. His studies of flowers became an increasing focus for the artist in 1978, the year he first met Dimitri Levas, who would go on to become his studio assistant.

Levas would go to the market on West 28th Street early every Saturday morning where he would pick out flowers to bring back to the artist’s studio. He would select the flowers with the most architectural shapes and most perfectly defined form, leaving them in water in Mapplethorpe’s studio. The pair would arrange the flowers together and Mapplethorpe would photograph them. The photographer saw this exercise as a way to train his eye for his afternoon portrait sittings.

The present still life is typical of Mapplethorpe’s formal studies in which he dramatically lights flowers against a minimal backdrop. The photograph depicts a bunch of tulips that spill over an architectural bowl. The strong, directional lighting intensifies the sculptural modelling of the bouquet: the flowers are lit strongly from light that enters the frame on the top left, and each petal and leaf is therefore described by a wide range of tones. The dramatic lighting also casts a long, geometric shadow that cuts across the composition.

Mapplethorpe’s aim was to transcend the object and come to a point where the composition and lighting reached perfection.

Mapplethorpe’s aim was to transcend the object and come to a point where the composition and lighting reached perfection. This emphasis on a flawless surface imbues the photograph with a powerful sensuality; an important element that ran through all of Mapplethorpe’s work. He photographed flowers in the same manner that he photographed his male nudes and S&M portraits. Flowers remained a preoccupation for Mapplethorpe throughout his career and as his health deteriorated the flowers came to symbolise his own mortality. Shortly before his death, Mapplethorpe sent his friends copies of a photograph of wilting tulips in a black vase.

The present print is a large, silver gelatin print in exceptional condition with rich blacks and bright highlights, and is typical of Mapplethorpe’s meticulous approach to print making.