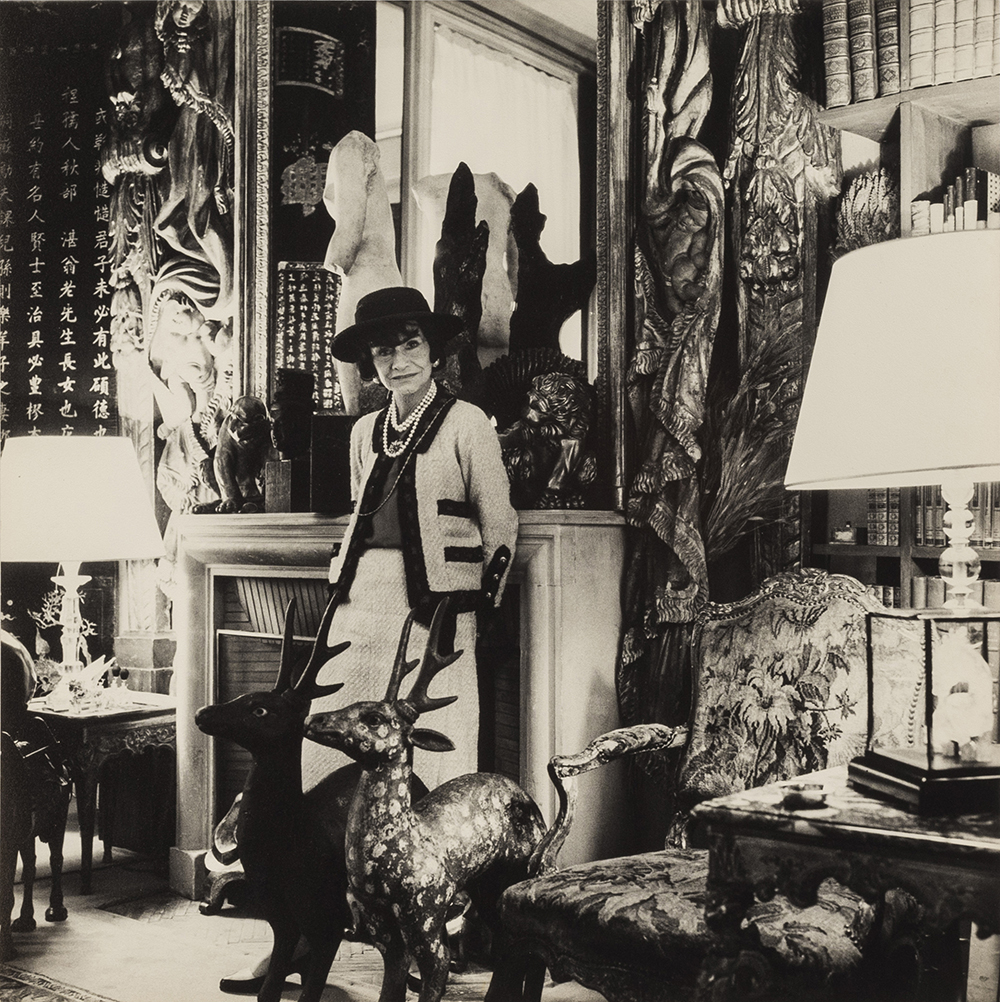 Born Gabrielle Bonheur Chanel in 1883, Coco Chanel became one of the most celebrated couturiers in the twentieth century. Chanel is credited for liberating women’s clothing from the corseted and restrictive style of the turn of the century, ushering in a new era with her revolutionary clothes. Beaton photographed Chanel on a number of occasions and was impressed by her force of character, stating in 1971 that Chanel ‘knew she was exceptional, and she was… She had daring, freshness, authority, conviction. She had genius and all her faults must be forgiven for that one reason.’

This 1965 portrait depicts Chanel in her Paris apartment. During World War II, Chanel had resided in the Ritz Paris, in a luxurious suite on the third floor, going on to have a further apartment in the neighbouring Rue Cambon, which she used to entertain. Seen her in her opulent and extravagant surrounds, Chanel is dressed in her statement pearls paired with her now iconic eponymous suit.

The Chanel suit was introduced in an early form in 1923, but it was after the 15-year hiatus during the war years, that Chanel re-launched the suit with the revival of the fashion house in 1954. Consisting of a jacket and skirt in supple and light wool or mohair weed, the suit has become an enduring symbol of the combination of elegance and practicality that Chanel strived for. The suit’s popularity soared in the 1950s and 1960s with high profile and influential figures, including Jackie Kennedy, seen in the suit. 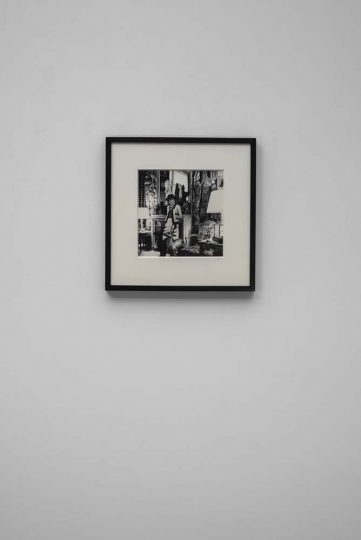 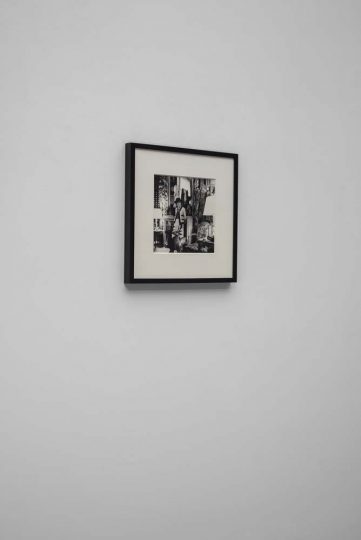 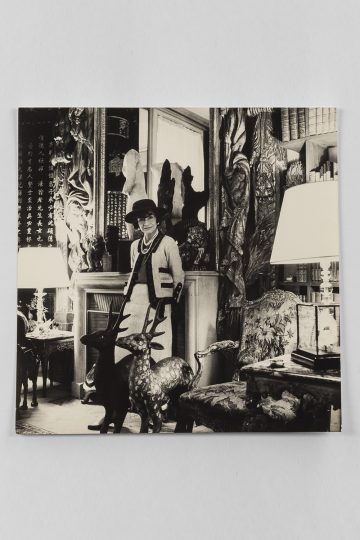 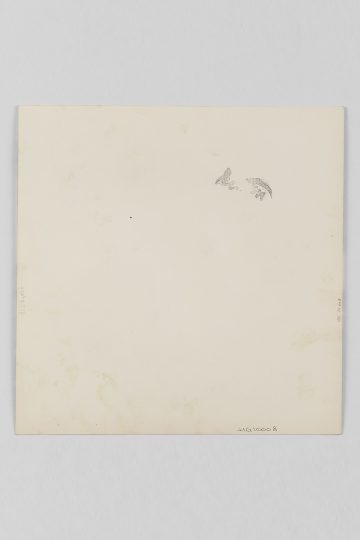