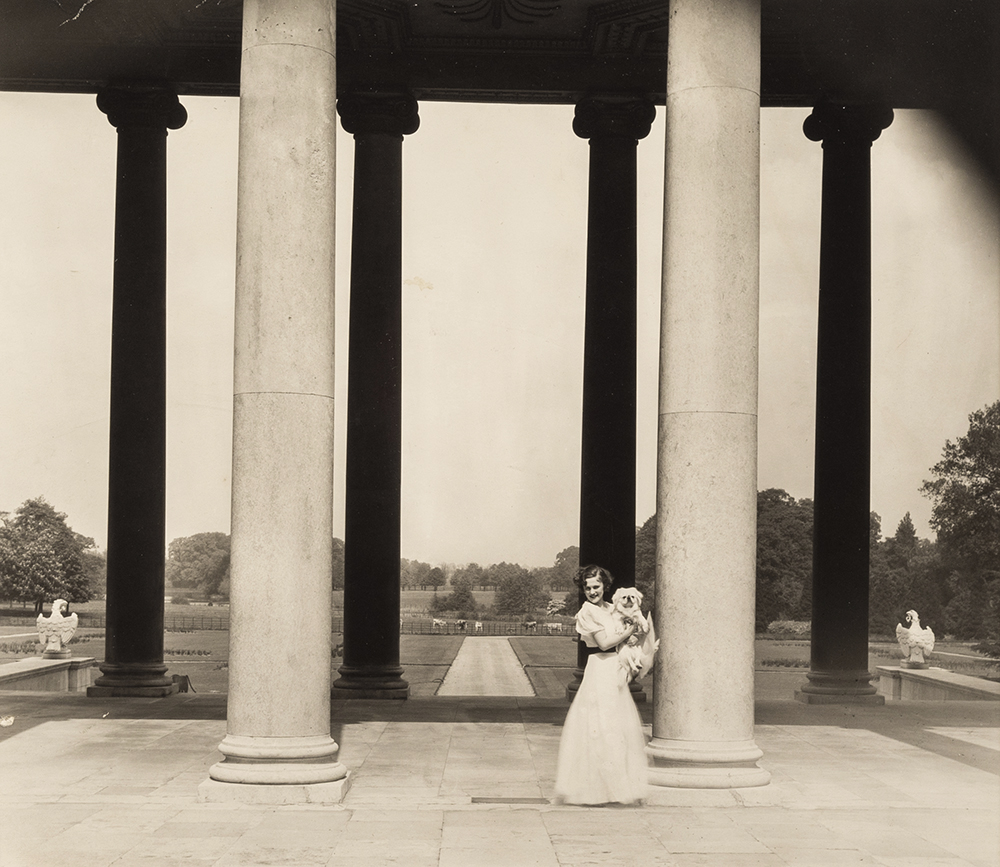 This portrait depicts Patricia Kenneth Child Viliers, Countess of Jersey, at Osterley House, London in 1935. Born in 1914 as Patricia Kenneth Richards in New South Wales, Lady Jersey met George, 9th Earl of Jersey in the 1920s on a trip to the UK, and they married in 1932.

The pair settled at Osterley House, London. Osterley is a neo-classical mansion, originally built in the 1570s by Sir Thomas Gresham, which was remodelled and transformed by Robert Adam from 1761. Osterley’s interior is known to be one of the finest and most complete by Adam, and Beaton took a number of whimsical portraits of the Jersey’s in the grounds.

Here, Lady Jersey poses under the house’s large ionic portico, holding her small dog amid imposing columns with the view of the gardens extending behind her. The photograph was taken as part of a sitting undertaken for Vogue in 1935, with an alternate image showing her with her friends Lady Caroline Paget and Lady Elizabeth Paget with her dogs at her feet and her young daughter Caroline in arms. 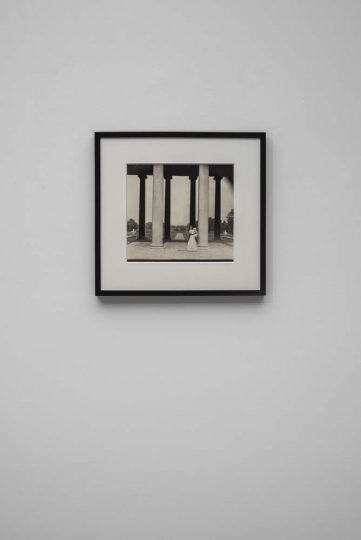 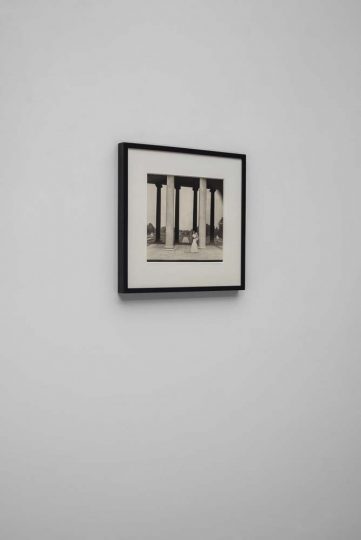 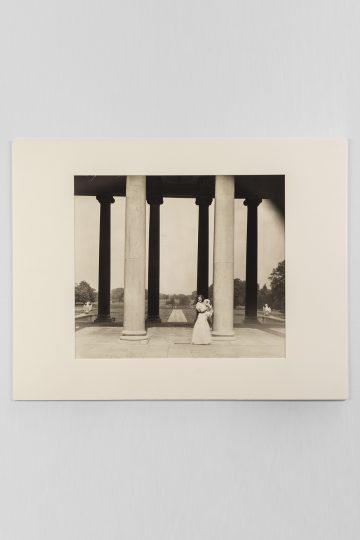 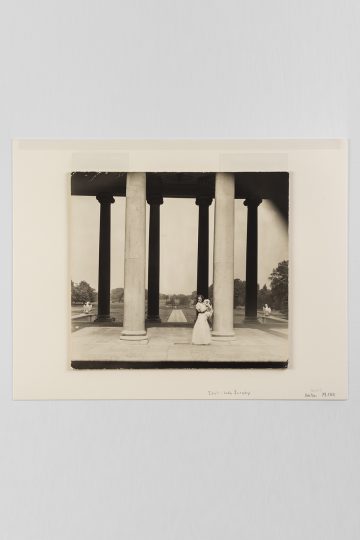