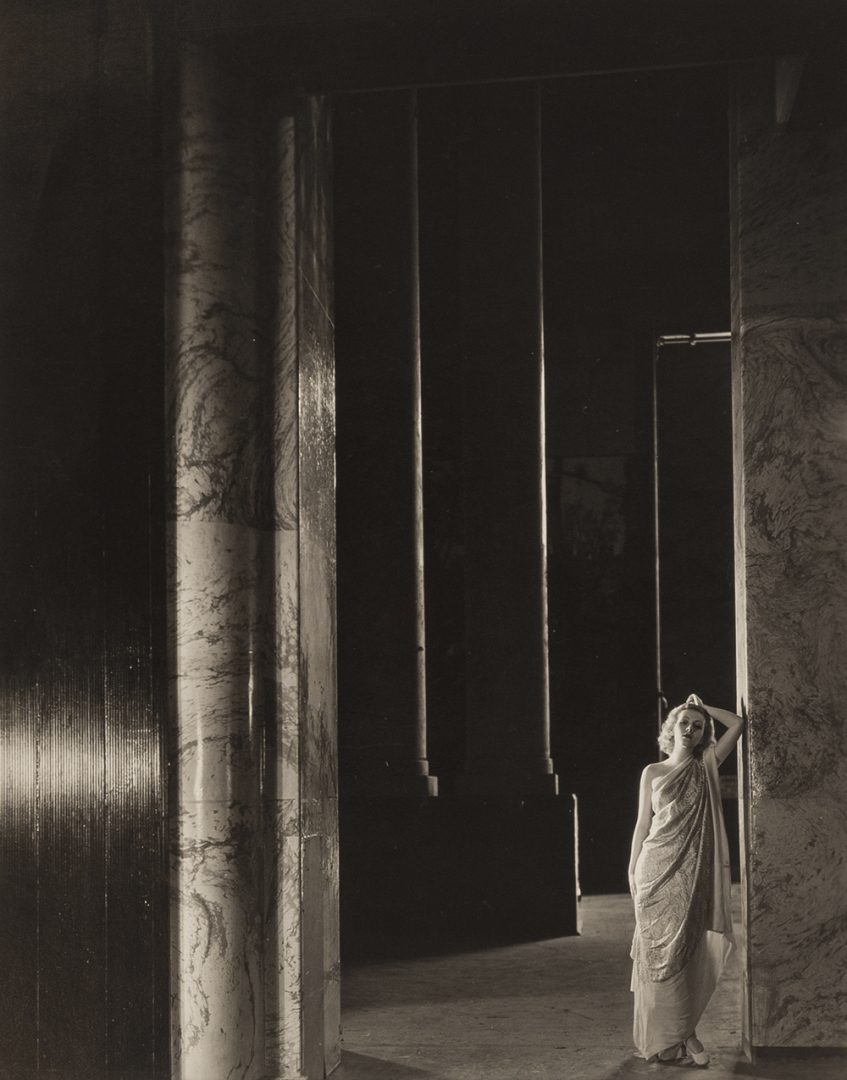 Karen Morley was an American actress, born Mildred Litton in Iowa in 1909. She first came to the attention of the director Clarence Brown at a time when he had been looking for an actress to stand in for Greta Garbo in screen tests. This led to a contract with Metro-Goldwyn-Mayer (MGM), and the adoption of her stage name. She went on to secure roles in films such as Mata Hari (1931) with Greta Garbo, Scarface (1932) opposite Paul Muni, The Mask of Fu Manchu (1932) and with Jean Harlow in Dinner at Eight (1933) .

This portrait depicts Morley on an Art Deco studio set in Hollywood in 1932, at the height of her fame and success. Beaton uses the set to great effect, creating an awe-inspiring mise-en-scene, referring to both the glamour of the 1930s and classical antiquity. Morley is photographed, statuesque, against the towering set, posing languidly against a marbled pillar in a gracefully draped gown, reminiscent of a Roman toga. 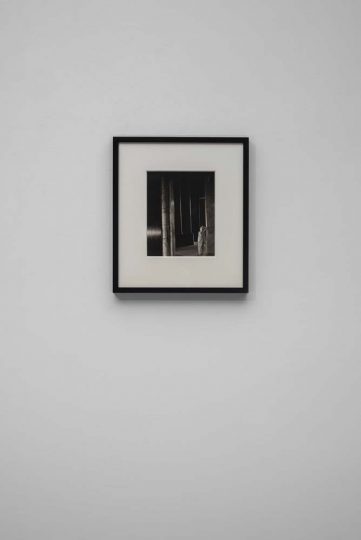 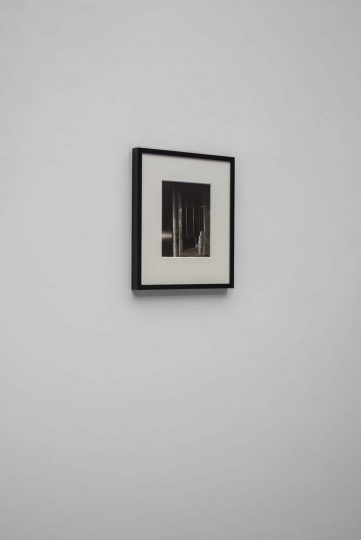 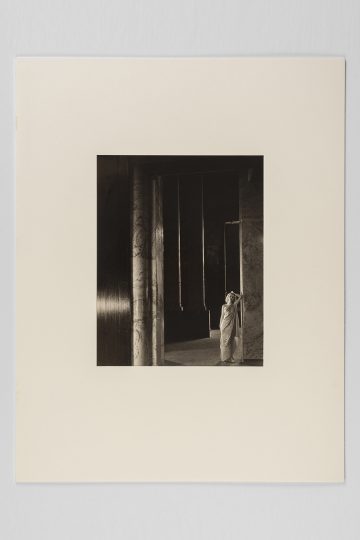 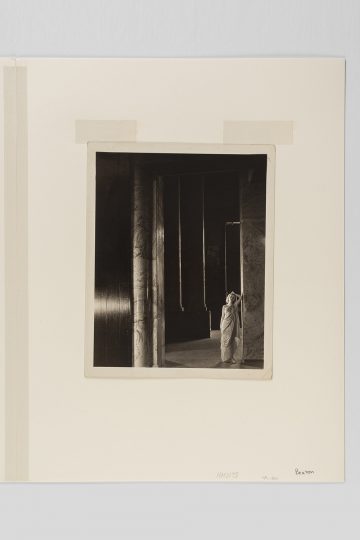