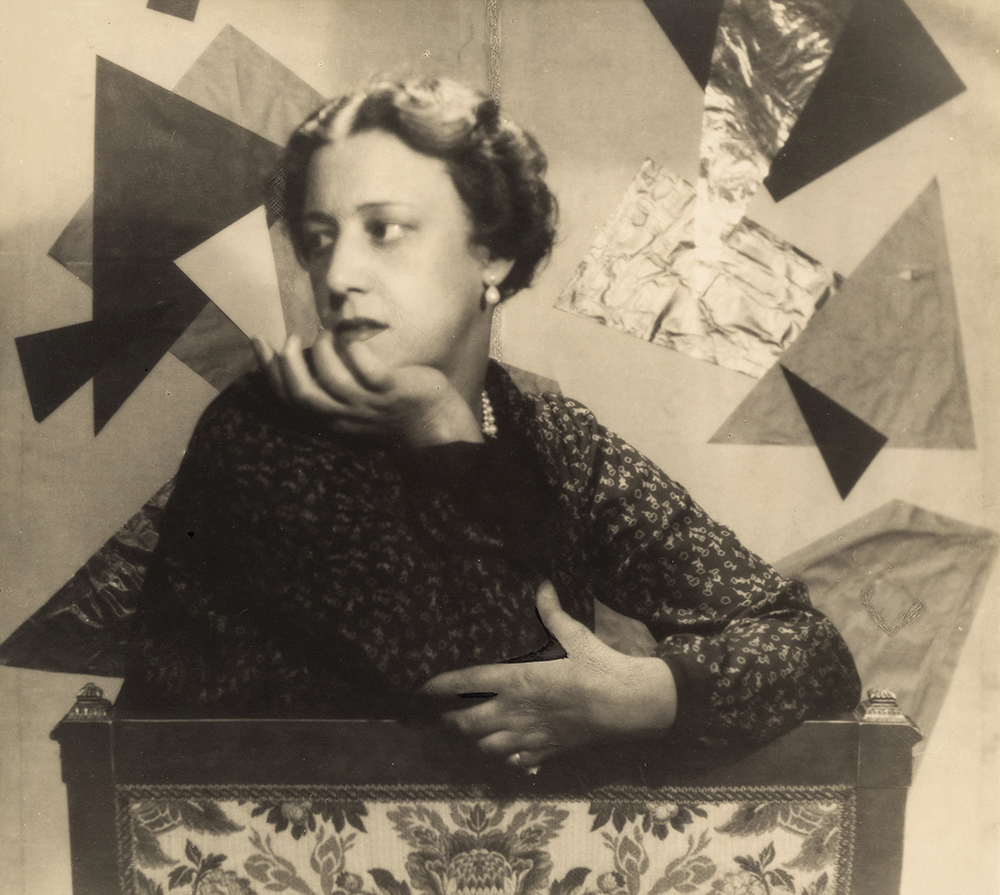 In this portrait, Beaton photographs his sitter in profile, he rarely photographed his subjects straight on, against a backdrop of stylised, geometric shapes. In this image, Beaton’s backdrop employs the iconography of the avant-garde movement, Constructivism, with his use of a simplified composition that focusses on the relationship of geometric forms collaged together in different textures. These shapes contrast with the silhouette of his figure and the organic floral pattern on the chair at the foreground of the image. The portrait encapsulates the simultaneous contradictions of London’s fashionable society, rooted in tradition while embracing the modernity of the era.

Beaton’s sitter, Mrs Beatrice Guinness, was born Beatrice Mary MacKey in 1880. Her first marriage was to Nico Jungman. By the time of the present portrait, she was married to Richard Guinness, the scion of the banking branch of the Guinness family. Their home on Great Cumberland Place, London became a popular hub of fashionable society in the late 1920s. Guinness was friends with Noël Coward, David Cecil and several other artistic figures of the time, including Beaton himself. 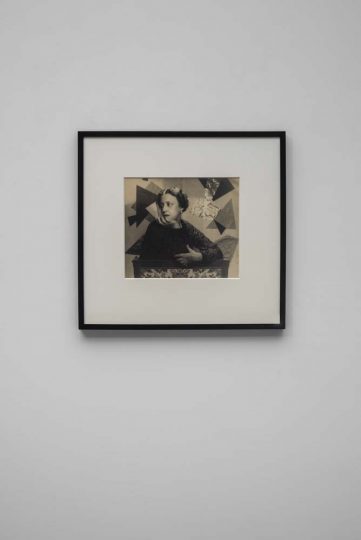 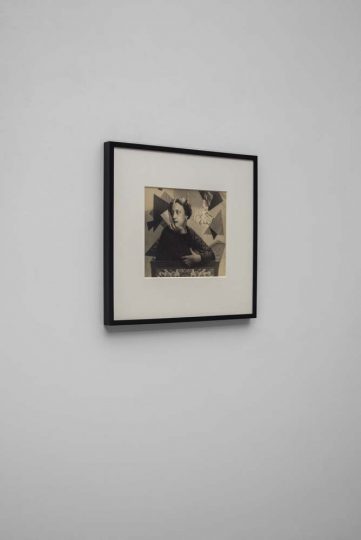 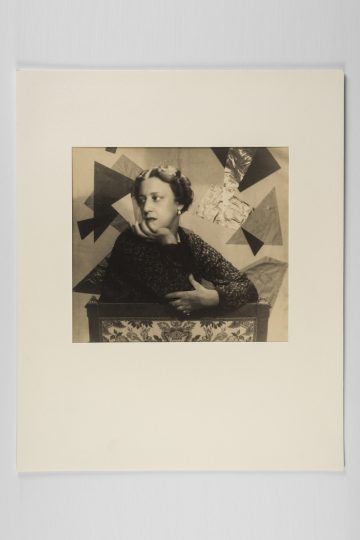 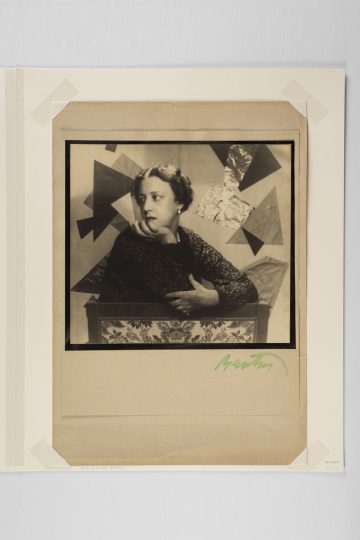